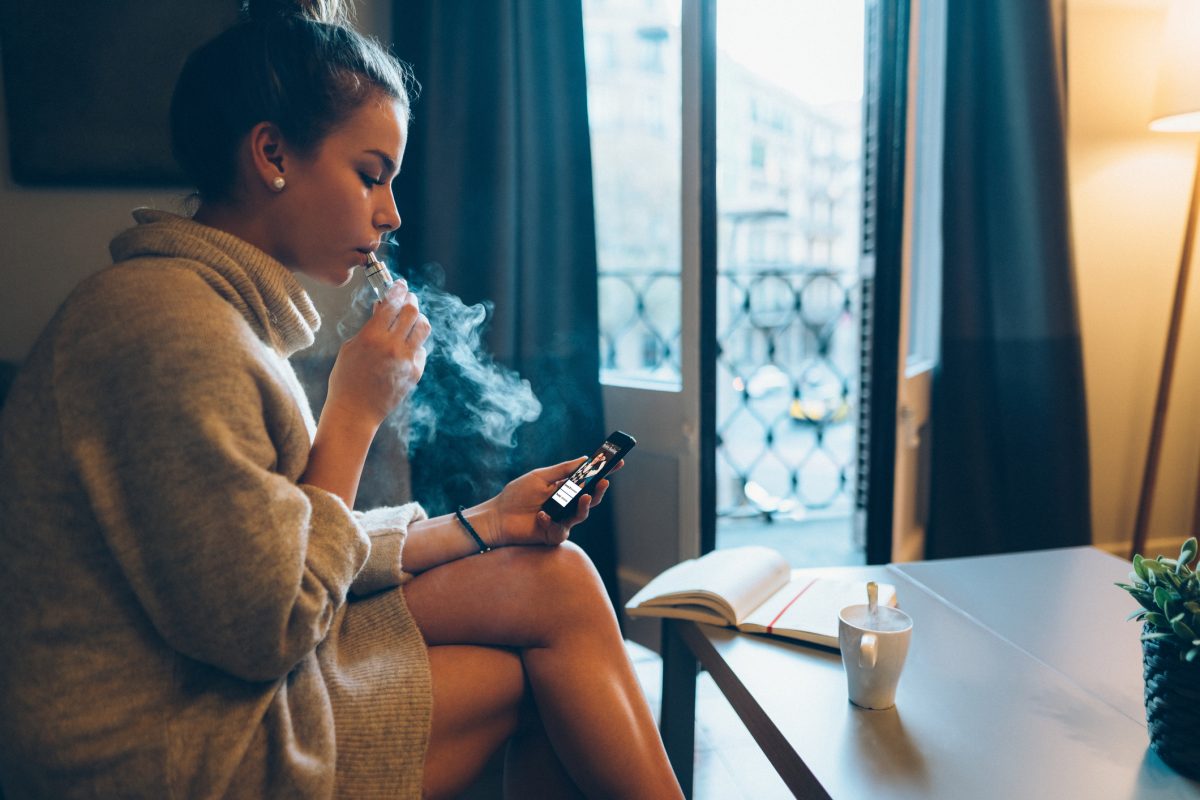 The ACT Government says it is cracking down on e-cigarettes with harsher compliance on the way. Photo: File.

New laws will stop the sale of e-cigarettes in vending machines and establish stronger compliance testing to stop the products from being sold to minors.

That includes “sting operations” where minors would be sent in to a store to attempt to buy the items to see whether appropriate enforcement and compliance checks were in place.

Those sorts of checks are already conducted for tobacco products but there hasn’t yet been the legislative framework to do the same for e-cigarettes.

The ACT Government says the laws are a sign that it’s cracking down on the prevalence of e-cigarettes, commonly known as vapes, in the community.

Health Minister Rachel Stephen-Smith said the ACT Government had a strong commitment to treating alcohol, tobacco and other drug use as a health issue.

The Minister said in a statement the Governemnt was “aiming to minimise the harm caused in our community from smoking and vaping, particularly for young Canberrans”.

“Reducing supply is a critical component of minimising harm.”

Ms Stephen-Smith said the bill was a first step and the Territory government would continue to review the legislative framework for vaping and e-cigarettes.

“It is essential for the legislation to keep pace with evidence and with emerging issues,” she explained.

Vaping and e-cigarette use has significantly increased across the world in recent years, according to the TGA.

That increase was particularly prevalent among young people.

Ms Stephen-Smith said while the global evidence showed they were harmful, there was still a lot that was unknown.

“More time is needed for comprehensive research into the safety, quality and efficacy of e-cigarette products,” she told the Assembly.

“While this is being conducted it is paramount that we as decision makers do not neglect the potential harms from these products.”

The Health Minister said she had last week raised at a Health Minister’s meeting the importance of having a national approach to addressing the harm of e-cigarettes and she would continue to advocate in this space.

The move was also welcomed by the Alcohol, Tobacco and Other Drug Association ACT (ATODA), with CEO Dr Devin Bowles applauding the reforms.

“Keeping e-cigarettes out of the hands of children and young people is one of the most important public health challenges of our time, and the community is up against powerful commercial interests,” he said.

The passing of the laws follow a motion brought forward by Labor backbencher Dr Marisa Paterson last year which called on the Government to address vaping harm.

Dr Paterson said last year she had been inundated by commentary from parents who had concerns about how easy it was for their children to purchase vapes, including at schools.

A report from researchers at the Australian National University earlier this year revealed young nicotine e-cigarette users were susceptible to taking up smoking, addiction, poisoning, seizures, burns and lung injury.

It also found that e-cigarette use negatively impacted the cardiovascular system and there was little evidence that vapes or e-cigarettes helped people quit smoking.

All vaping products, whether or not they contain nicotine, are illegal to sell to minors.

Disposable vapes containing nicotine can only be legally sold in Australia by pharmacies to adults who have a valid prescription.

Crack down on e-ciggies but if you want to smoke crack cocaine or inject heroine your all good.
This is how erratic and unpredictable this government is!
Greens and Labor are out of control.