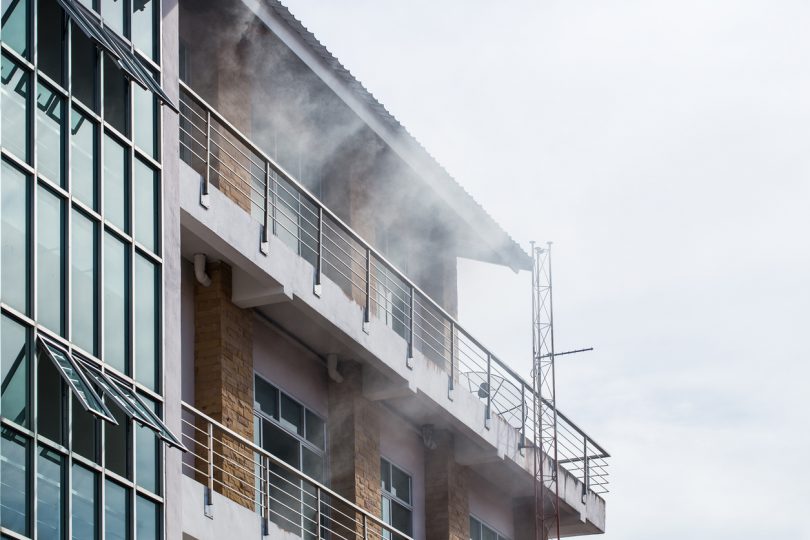 ACT Fire & Rescue have launched a fire safety campaign for Canberrans living in multi-storey buildings to encourage residents to stay alert and be fire safe during the cold winter months.

According to the 2016 census, 35 per cent of Canberrans live in high-density buildings and ACT Fire & Rescue warn locals to be fire safe in their apartment to help reduce the number and severity of winter fires.

The campaign encourages residents to reduce the risk of a fire starting, to identify emergency exits and first-attack firefighting equipment in your building and to create an escape plan and practice it.

“Close proximity living, like apartments and unit complexes, pose a unique challenge for residents and responding emergency services due to the height, arrangement, and nature of the buildings,” Mr Gentleman said.

“Historically, winter is the worst time of the year for fires in the home. The best way to keep you and your family safe is to prevent fires from occurring and to know what to do in case of a fire.”

“The most common cause of fires start in the kitchen, with the majority of those caused by unattended cooking,” Mr Brown said.

“To reduce these numbers, it is important that we work to change people’s behaviour and attitude towards home fire safety. It can take just three minutes for a fire to take hold, but only seconds to prevent one.”

And how many of these unit blocks contain flammable cladding? Disaster waiting to happen.

Lin Van Oevelen - 6 minutes ago
David Brown Did you look at the information from Cambridge University I posted? View
Shane Taylor - 10 minutes ago
Peter Hutchings I don’t want to get Az jabbed by anyone.😂 View
Margaret Freemantle - 29 minutes ago
Krystal Zoe can you explain that to me? View
News 11

Jim Jim - 8 minutes ago
The ‘Riot Act’ should rebadge itself the ‘Quiet Act’. Never a tough question asked of this government always patting... View
Gabriel Spacca - 59 minutes ago
So the pandemic is over, is it? Good to know.... View
Elroy Jones - 1 hour ago
Keran Niquet I know plenty of people from Belco who love it. And, when stage 3 lands they’ll love it even more! View
Lifestyle 64

May Claydon - 11 minutes ago
When will they be in Woden and Tuggeranong. They are not in Canberra. Only Nth Canberra... View
Tom Adam - 40 minutes ago
Elroy, 😆 it is on the news. My remark is that a pair of non-Canberra businesses are getting so much free advertising from... View
Elroy Jones - 43 minutes ago
Tom Adam no stake - its just got nothing to do with you or your small business. With respect, if your business was newsworthy... View
Opinion 14

HiddenDragon - 2 hours ago
The attractiveness, or at least acceptability, of online learning for international students will surely depend on whether th... View
Janet Mulgrue - 2 hours ago
I did my masters by correspondence before the days of online study. I found it great as I was also working full time. I was a... View
Anissa Jones - 3 hours ago
An article written by a non-teacher commenting on educational practices. What’s wrong with this? Hrmmm Could it be he has n... View
Community 2

ACT Fire and Rescue puts out final call for recruits

@The_RiotACT @The_RiotACT
The story of playwright, farmer & war hero Millicent Armstrong isn’t widely known, but actor Dianna Nixon will be bringing it to life at the Gunning Arts Festival this month https://t.co/uYoRhqQmOy (53 minutes ago)