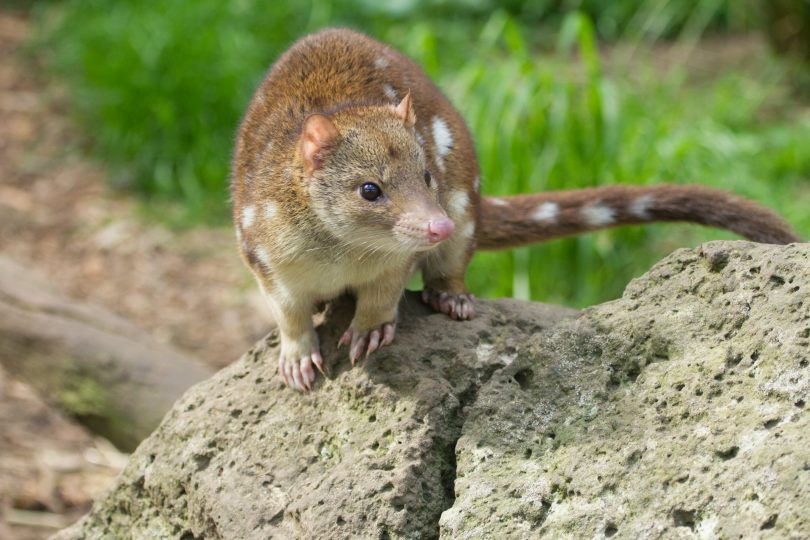 The vulnerable animal is the largest marsupial carnivore on mainland Australia. Photos: Supplied.

The ACT Government is setting up a new plan to help protect the vulnerable spotted-tailed quoll and to learn more about the elusive marsupial and its habits.

The spotted-tailed quoll, also known as the tiger quoll, has almost disappeared from the ACT and has been listed as vulnerable in the ACT on the Threatened Native Species List since 2003 with only occasional sightings since the 1950s.

The action plan is looking to maintain long-term, suitable habitat conditions that will support wild populations of spotted-tailed quolls in the ACT and manage any threats to them.

ACT Conservator Ian Walker is calling on the community for input on the new plan.

“The end goal is to maintain long-term, suitable habitat conditions that will support wild populations of the quolls within our region by preserving their habitat, managing any threats to them and knowing more about them,” he said.

“Currently, spotted-tailed quolls are incredibly rare in the ACT, with an average detection rate of one animal per year since 2005, usually either through reported sightings or road kill.

“They are more active in the winter breeding season, so we have cameras placed at potential sites of quoll activity. They haven’t, as yet, recorded anything but we hope to have more luck soon.” 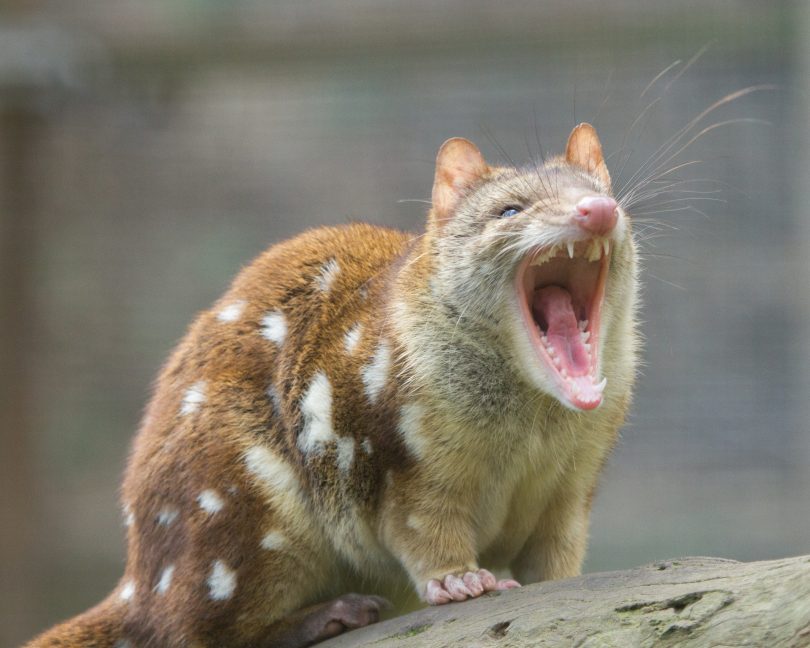 The vulnerable animal is the largest marsupial carnivore on mainland Australia and plays an important ecological role as a high order predator and preys on animals such as possums, rabbits, birds, reptiles and invertebrates—and is also known to scavenge food.

They use multiple dens and regularly move between them, which can include rock crevices, hollow logs, tree hollows, clumps of vegetation, underground burrows and under buildings.

Major threats to the species are changes to habitat, timber harvesting, poison baiting, competition and predation from introduced carnivores such as foxes and cats, road mortality, bushfire and climate change.

“We hope that one day the ACT can be a healthy breeding ground for quolls, so their strongholds in the region are not just limited to Kosciuszko National Park,” Mr Walker said.

Spotted-tailed quolls are a different species to the eastern quolls being reintroduced to the Mulligans Flat Woodland Sanctuary, as the spotted-tailed are larger and have spots on their tail as well as their body.

For further information and to have your say, click here.

Mark Maddock - 20 minutes ago
"He did complain of feeling a little fatigued but the deterioration happened suddenly is my understanding," Dr Chant said. Mr... View
News 21

tonyoakden - 41 minutes ago
I cycle everywhere, I do maybe 50K a week in my car, expect on the Sunday morning I got pinged doing 55 going through Civic.... View
tonyoakden - 44 minutes ago
I don't drive down to Civic very often, probably once every couple of months, but I consider myself fairly well informed. I d... View
Finagen_erection - 2 hours ago
Chewy you asked Sam the question. My comment stands; obey the sign and there’d be no fine. Anyone bemoaning revenue raising... View
Opinion 3

Ailsa Turrell - 47 minutes ago
I agree - we have higher rates of vaccination here despite it being so difficult to get initially and I have not met anyone w... View
Ed N Joanne Towner - 1 hour ago
Juz Hawke Agreed. We are also fortunate to have a bit of distance from Sydney to make Covid control a bit easier. View
Juz Hawke - 2 hours ago
Definitely agree that Canberrans are mostly very compliant with the Covid rules, and very grateful we are largely unscathed.... View
Food & Wine 7

Christopher Cuba Rabanal - 1 hour ago
The address? View
Lee Powick - 2 hours ago
Taryn Powick True. Not sure I have the stomach to take the band aid off this morning 🤮 View
Taryn Powick - 3 hours ago
Lee Powick might be better than chopping another finger off. At least your eye brows grow back 😜 View
Community 94

Peter Richmond - 3 hours ago
If you ban vaping, ban smoke machines, they use the same ingredients to create the vapor, so next time your kiddies have a da... View
Food & Wine 62

Milestone Entertainment - 10 hours ago
Is it really that hard to see beyond self and consider the greater good? At this point we all know the rules...at infinituim.... View
Community 27

Trilby Walker - 10 hours ago
It's the same in South Australia.im 56 and homeless living in a tent on the edge of the River Murray near Berri.ive been here... View
show more show less
*Results are based on activity within last 7 days

Sleeping rough on Canberra's streets as the city shivers through sub-zero temperatures is bad enough, but those on the ground...
News 21

@The_RiotACT @The_RiotACT
Head coach Dan McKellar has announced he will leave @BrumbiesRugby at the end of the 2022 season. The 45-year-old took the reins as head coach in 2018 and claimed the Super Rugby AU crown in 2020 https://t.co/e22k9CJMxx (1 hour ago)

@The_RiotACT @The_RiotACT
Life during the COVID-19 pandemic has been very different for Canberrans compared to our counterparts in Sydney and Melbourne. Zoya Patel wonders whether it has also helped forge a stronger sense of local identity? https://t.co/mzhUHRYLJ8 (3 hours ago)

@The_RiotACT @The_RiotACT
Get the party started with loads of local bands in this week's gig guide! Check with venues for cancellations before you go https://t.co/1X9jVWcsmv (12 hours ago)