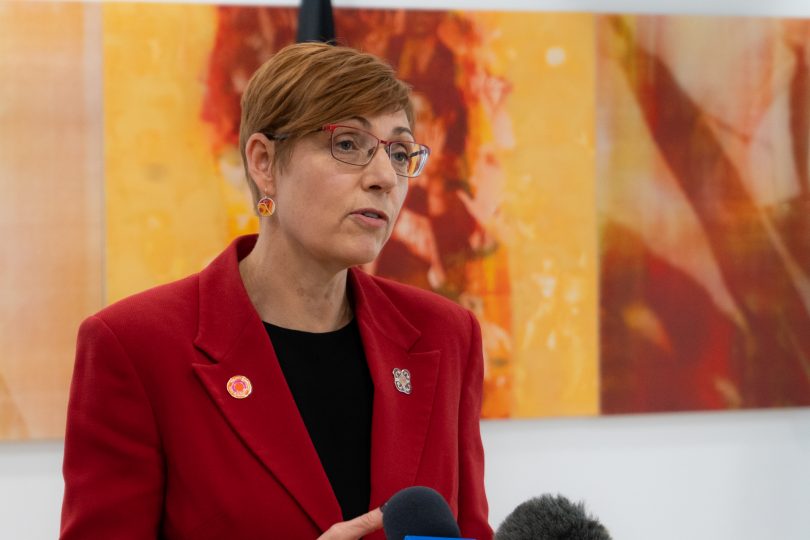 Health Minister Rachel Stephen-Smith said there is no need to change ACT restrictions at this stage. Photo: Dominic Giannini.

Twenty-six ACT residents have been associated with the positive COVID-19 case at a Goulburn construction site, but all have been deemed casual contacts, ACT Health Minister Rachel Stephen-Smith announced today (14 July).

NSW Health confirmed to ACT Health that it had completed its risk assessment after the worker was on site on Friday (9 July).

ACT Health is contacting all 26 people to ensure they are isolating until they receive a negative test result. The casual contacts have been deemed a low risk to the Territory.

ACT Health has put in place tighter restrictions on workers trying to enter the ACT, saying it was highly unlikely that exemptions would be granted for construction workers.

The worker was a painter from Sydney and was classified as an essential worker, allowing him to travel to Goulburn to work at the new hospital construction site.

Non-residents from the Greater Sydney region cannot enter the ACT without a valid exemption, which can be granted on the grounds of essential work.

Ms Stephen-Smith said that 80 exemptions had been granted to close of business on Tuesday (13 July) out of around 395 applications. Construction workers were not in the top three occupations granted exemptions.*

“There are a number of people who are getting those exemptions, but 80 is a very small number of exemptions to be granted,” she said.

“[ACT Health] is being very strict about applying the [exemption criteria], particularly for essential workers. It has to be absolutely essential and part of that is around a time factor as well.”

In the ACT, there are currently two close contacts from interstate exposure sites in quarantine, 165 people who have come from a COVID-19 affected area are also in quarantine and 1400 people are subject to stay at home orders.

In total, there are 264 people in quarantine, which includes overseas arrivals such as diplomats and officials.

No new cases have emerged in Goulburn since the exposure. Most of NSW’s 97 cases announced on Wednesday are located in the south-western Sydney local health district.

The main sources of transmission are the home and workplaces.

NSW has also introduced new testing requirements for essential workers who live or work in the Fairfield local government area. They will need to have a COVID-19 test every three days from this weekend.

There are no active cases of COVID-19 in the ACT.

Ms Stephen-Smith said there is no need to make changes to current public health measures or restrictions in the Territory at this stage. 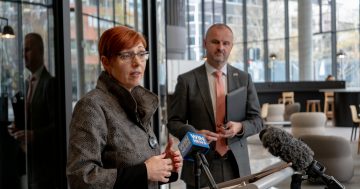 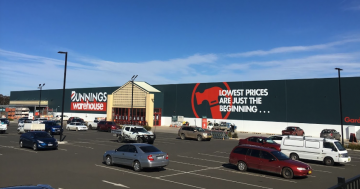