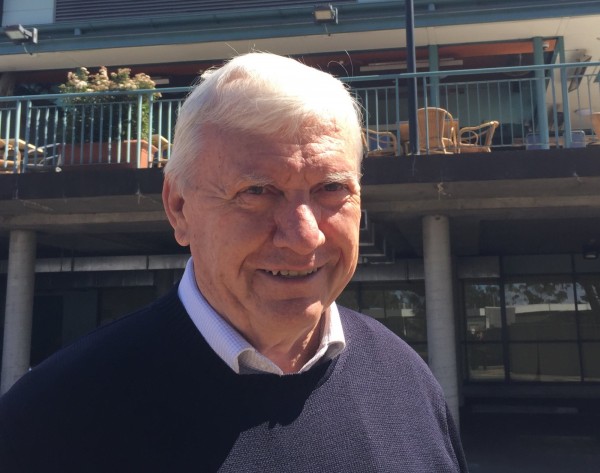 After nine years serving in ACT politics, Steve Doszpot MLA has announced his resignation due to terminal liver cancer in line with the advice of his medical team.

Mr Doszpot, who has been a Liberal member of the Legislative Assembly since 2008, yesterday made a stirring resignation speech to the Assembly about the need for people to be able to voice their opinion without being silenced by political correctness.

He also called for increased awareness of the causes of liver disease and the importance of early intervention.

As a young boy, Mr Doszpot arrived in Australia with his family as refugees from Hungary’s Communist regime and he has always appreciated the freedom they found in Australia.

“We are entering troubled times, where the freedoms we so value are slowly being eroded; where political correctness, or downright bullying discourages many in our community from voicing an opinion unless it reflects the populist view of the day,” Mr Doszpot said in his speech to the Assembly yesterday.

“My parents escaped from Communism to give their children the right to free speech and the right and freedom to practice a religion.

“I think we owe our children the same right today, the right to be able to stand up and the right to voice their opinion before these values are completely eroded.”

“It is not for myself that I am asking, my cancer is inoperable, but in the course of my journey so far, I have become very much aware how early diagnosis of liver cancer could help save many lives,” Mr Doszpot said.

“There needs to be an increased awareness of the causes of liver disease, the role of early interventions, and the role of screening programmes in at-risk individuals.”

Among many others who have supported his journey as a politician, Mr Doszpot thanked his wife of 46 years Maureen McCormack and his children Amy and Adam. He also talked of his passion to work the hardest for the most difficult causes.

ACT Opposition Leader Alistair Coe has praised Mr Doszpot for being a community champion who has fought for people who were often unable to fight for themselves.

“Steve has served the community with passion and purpose,” Mr Coe said. “Since entering the Assembly as a Canberra Liberals MLA in 2008, Steve has set the standard for fighting on behalf of the community.

“Having pursued many community causes during his time in politics, Steve’s theme has always been to fight for people who may not have the ability or resources to help themselves.”

Mr Coe said that some of the causes Mr Doszpot has fought for include:

“He has made hundreds of representations for constituents about footpaths, street lights, grass mowing and so many other essential urban services issues,” Mr Coe said.

“In recent times, Steve has championed the need for tougher laws to support victims of dog attacks and he is actively working on legislation to address this pressing need.”

Mr Coe said that Mr Doszpot’s contribution to public life in the ACT will be missed.

Mr Doszpot’s resignation will take effect in six weeks’ time. There is speculation that the casual vacancy he leaves could be filled by a former Liberals’ candidate, Candice Burch.