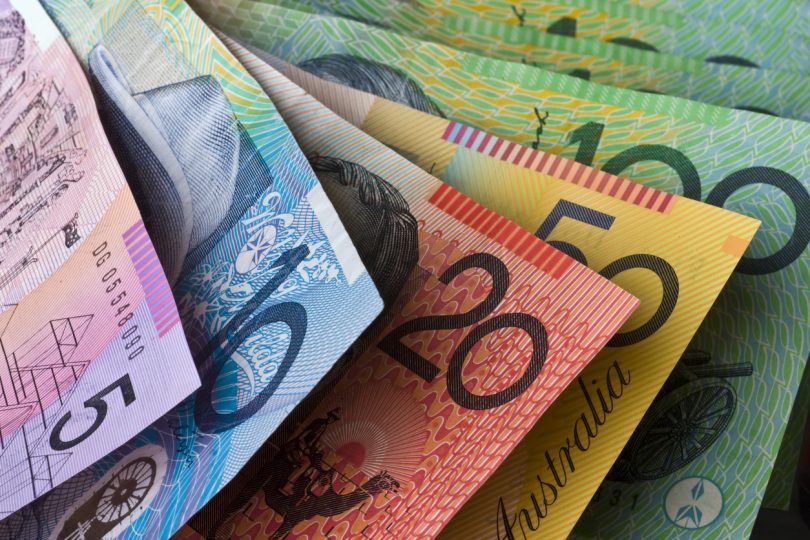 The ACT faces a further economic hit as the GST allocation drops by $49 million. Photo: File.

Amid economic uncertainty around the impact of coronavirus and an imminent stimulus announcement from the ACT Government, the Territory is set to take a further $49 million hit to a deteriorating budget position following the redistribution of GST revenue.

The ACT is set to have its allocation reduced from 2.1 per cent of the GST pool to 2 per cent under a new proposal from the Commonwealth Grants Commission. The lower allocation would translate to a loss of $49 million in the 2020-21 financial year compared with 2019-20.

The hit to the ACT would have been greater had we not received an additional $35 million to offset the growth in mining production in other states, reflecting a narrow band of revenue-raising options for the ACT Government.

The ACT has the fourth weakest fiscal capacity among the states which, broadly speaking, refers to how well states and territories can raise revenue and cover the cost of delivering services.

However, the fiscal impact of these measures is partly offset by Canberra’s highly urbanised population and below-average share of Indigenous disadvantage.

The loss compounds to $99 million when the new distribution is compared with how much revenue the ACT expected to receive from the Federal Government in 2020-21 in its most recent budget review in February.

Chief Minister and Treasurer Andrew Barr says the changes should be put on hold while states and territories reel from the developing economic impacts from the coronavirus outbreak.

“Now is not the time for the Commonwealth to fundamentally change the GST distribution process and cut financial support to the majority of states and territories as we respond to the spread of coronavirus,” Mr Barr said.

“The Grants Commission formula changes should be put on hold for at least 12 months to give States and Territories more budget certainty and more time to adjust.”

The budget review predicted that the ACT’s deficit would more than triple to over $255 million, partially because of a shrinking share of GST from the Commonwealth.

“Further reductions in GST revenue are almost certain as a result of the economic impacts of the unprecedented bushfire season and the evolving coronavirus pandemic.”

Some of the reductions of payments were because of the diminished need to prop up investment requirements in the ACT ($30 million), changes to how the community health costs are measured ($30 million), and the recognition of the increased cost for policing regional areas ($23 million).

Some of these losses were offset by the Territory receiving an extra $64 million to deliver administrative costs and the mining revenue compensation.

The biggest winners in the 2020 Commonwealth Grants Commission reassessment are NSW, which is set to receive an extra $1.6 billion (up 9 per cent), Tasmania (up 11 per cent, translating to an extra $271 million), and the Northern Territory (up 14 per cent, or $368 million).

No probs. Just jack up the rates .