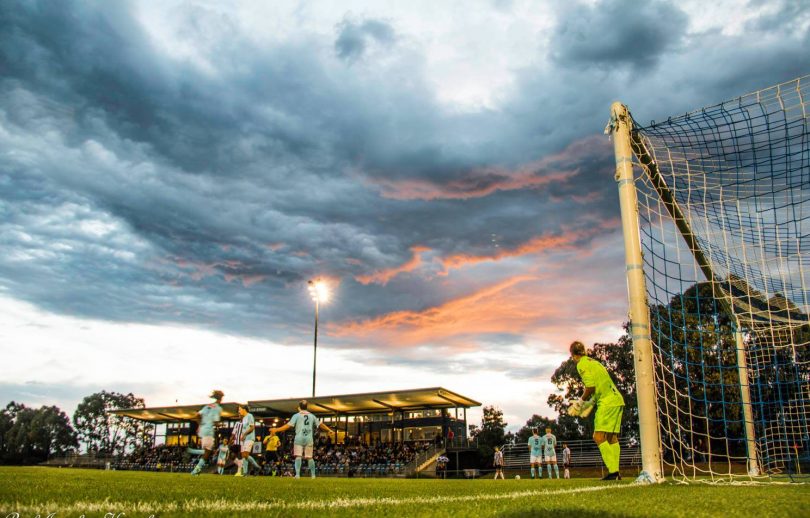 All nine NPL teams from last year will start this season in the top flight. Photo credit: Paul Jurak Photography.

Capital Football chief Phil Brown says engagement with club presidents and other stakeholders regarding the launch of a promotion and relegation system was comprehensive, ahead of the launch of the 2019 season.

Capital Football announced the new look for the 2019 men’s competition in September last year, with news that promotion and relegation will be in full swing by the beginning of next season.

Some clubs complained about the lack of consultation from the football governing body about their decision, while others made claims of “railroading” but Brown said all engagement with stakeholders was thorough and exhaustive.

The CEO said the decision to launch NPL1 and NPL2 in the 2019 season was an outcome of a competition’s review conducted by Capital Football, which included community consultation, meetings with the standing advisory committees and discussions with club presidents.

“We think the engagement was comprehensive. There is always going to be people who have a differing opinion around the outcome but we think there are a lot of advantages in the structure that is put forward,” he said.

“It comes down to what we see as our main responsibility and that is to provide opportunities for players and clubs to realise their aspirations in football. By having a second tier with promotion and relegation we achieve that.”

The ACT is one of the last jurisdictions to launch a promotion and relegation system, a system which is “part of the football fabric across the country” according to Brown.

All nine NPL teams from last year will start this season in the top flight while eight of the 10 teams in last year’s Capital League will play in NPL2. Monaro Panthers and Canberra Olympic are cut from the competition, while Wagga City will join NPL2.

Ahead of the season launch this afternoon, Brown said he was looking forward to the development of a derby between Riverina Rhinos and Wagga City Wanderers and the growth of Southern Tablelands United in the coming seasons.

“Goulburn is a real unpacked area in terms of player development, which is something we are really looking forward to seeing grow over time,” he shared.

“Goulburn has had some great teams and players in the past and we really hope that stakeholders there will come together to support this team to provide pathways for young players coming out of the region.

“I am also really looking forward to seeing how the implementation of two tiers of competition for the men’s program will affect the competitiveness of the league. I believe matches are going to matter across the whole season in NPL1 because teams will not only battle for finals spots but will battle to avoid relegation.”

The CEO said the number of referees will continue to be a headache for Capital Football in the 2019 season but will soon announce the appointment of a “very, very experienced” referee development manager to help curb the issue.

“Referee numbers is a topic of conversation across the country,” he said. “I don’t think there is a competition from the A-league and W-league down that has enough referees or the quality of referees that they are looking for.

“That is an ongoing and evolving area of focus, not just for Capital Football but for the entire game.”

The NPL1 season will kick off on 5 April with a blockbuster grand final rematch between Canberra FC and Canberra Olympic at Deakin Stadium, while the NPL2 season will start the following day with clashes between new boys Wagga City and O’Connor Knights and Western Molonglo hosting Brindabella Blues.

Great. Now we will see the usual few suspects of the NPL cellar dwellers drop to State and stay there. You know what teams they are. Caio Caio

Vic Srbinovski only to be replaced by new cellar dwellers lol

superb stuff by CEO Phil Brown & capital football staff. this restructure of the competitions is outstanding and will revitalise men’s football in canberra

clubs must only have a first team & a under 20s team