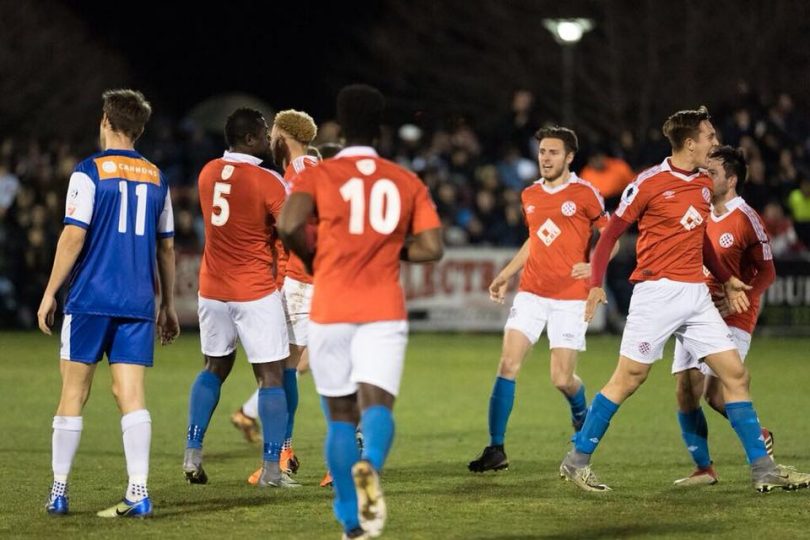 The NPL1 will start next season with nine teams and at the end of the season, one team will be relegated to the NPL2. Photo: Supplied.

Capital Football has announced the new look for the premier league first division for the 2019 season, with the top-flight men’s competitions to be separated into the NPL1 and NPL2 competitions, with promotion and relegation to be in full swing by the 2021 season.

Last season’s Capital League has been rebranded as NPL2 and will be a seven-team competition in 2019. The NPL1 will start next season with nine teams and at the end of the season, one team will be relegated to the NPL2, bringing the number of teams in the NPL1 and NPL2 to eight by 2020.

All nine premier league teams from last year will start next season in the top flight while seven of the 10 teams in last year’s Capital League will play in NPL2, with Narrabundah FC, Monaro Panthers and Canberra Olympic cut from the competition.

Capital Football chief Phil Brown said the promotion and relegation system would give all clubs in the leagues an opportunity to participate at the highest level.

“The introduction of promotion and relegation will allow aspiring clubs to pursue their ambitions of competing in top-flight football in the ACT,” he said. “It will only serve to increase the quality and competitiveness of our leagues in the years to come.”

ANU FC president Pat Holloway said the club was looking forward to being a part of the national premier leagues once more and that the new structure was the right way to go.

“We are really excited to be re-entering the premier league in the ACT,” Holloway said.

“ANU has been out of the premier league since the end of 2010 and have done very well in community leagues, so now there is an opportunity here to enter the national premier leagues structure where we feel we can be competitive, and it will be to the betterment of football in Canberra and will improve the quality.”

The prospect of promotion in the years ahead is also one that appeals to the club.

“We have players who are capable at that level and we want to see how successful we can be,” Holloway said “This year we took Canberra FC to extra time in the Federation Cup, and they went on to win it, so we know we can match it.

“And if the lure of NPL1 can be on the table through promotion then that will push us even harder.”

Behind the scenes, a debate has been raging over Capital Football’s plans to introduce a promotion and relegation system for the premier league first division, with the NPL clubs concerned about the lack of referees, coaches and infrastructure to cater for the increased number of games. 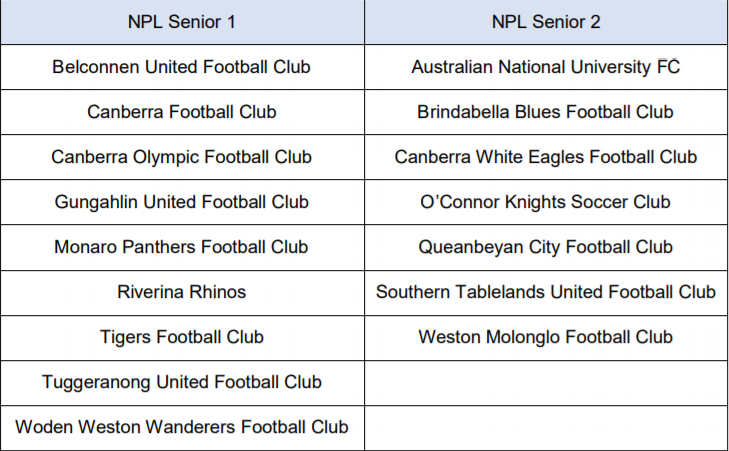 Sounds like an exciting move – in principle – promotion/relegation always adds some spice to the mix. BUT…I would be surprised if there are enough under 20’s players floating around to field 7 new teams for NPL2 next season.

Belinda Cappello - 6 minutes ago
Warwick Alsop I didn't say covid wasn't the cause just putting it out there what his family are saying v msm View
Mark Maddock - 58 minutes ago
"He did complain of feeling a little fatigued but the deterioration happened suddenly is my understanding," Dr Chant said. Mr... View
News 23

whatwik - 16 minutes ago
Roadwork protocols (and enforcement of the responsibilities of contractors) require urgent attention throughout the country.... View
whatwik - 23 minutes ago
And the windscreen washers (who the authorities obviously don't have a problem with) walking through moving traffic, extortin... View
tonyoakden - 1 hour ago
I cycle everywhere, I do maybe 50K a week in my car, expect on the Sunday morning I got pinged doing 55 going through Civic.... View
Opinion 3

Ailsa Turrell - 1 hour ago
I agree - we have higher rates of vaccination here despite it being so difficult to get initially and I have not met anyone w... View
Ed N Joanne Towner - 2 hours ago
Juz Hawke Agreed. We are also fortunate to have a bit of distance from Sydney to make Covid control a bit easier. View
Juz Hawke - 3 hours ago
Definitely agree that Canberrans are mostly very compliant with the Covid rules, and very grateful we are largely unscathed.... View
Food & Wine 7

Christopher Cuba Rabanal - 2 hours ago
The address? View
Lee Powick - 3 hours ago
Taryn Powick True. Not sure I have the stomach to take the band aid off this morning 🤮 View
Taryn Powick - 4 hours ago
Lee Powick might be better than chopping another finger off. At least your eye brows grow back 😜 View
Community 94

Milestone Entertainment - 10 hours ago
Is it really that hard to see beyond self and consider the greater good? At this point we all know the rules...at infinituim.... View
show more show less
*Results are based on activity within last 7 days

Sleeping rough on Canberra's streets as the city shivers through sub-zero temperatures is bad enough, but those on the ground...
News 23

@The_RiotACT @The_RiotACT
Deane Richard Roach, who gained infamy for defecating in a pool last year, will remain behind bars until at least next year after he was sentenced yesterday https://t.co/UK05OS0snQ (31 minutes ago)

@The_RiotACT @The_RiotACT
Have you hit a #pothole? You have plenty of friends as the wet weather wreaks havoc on the capital's roads https://t.co/SdXv0PSAil (43 minutes ago)