Normally we yield to no one in boosting Brumbies players on the international stage.

But it goes to the heart of the Brumbies woes that today’s announcement of the Wallabies squad to play in the world cup saw two Brumbies players snubbed, and they thoroughly deserved it.

James Horwill has been named our Captain over Rocky Elsom (sadly still in the squad), and Matt Giteau has been left out of the squad.

Hopefully next year the big name Brumbies will be people we’d want to see playing for our country.

For those wondering about Giteau this tweet really summed it up for me:

Attached was this photo: 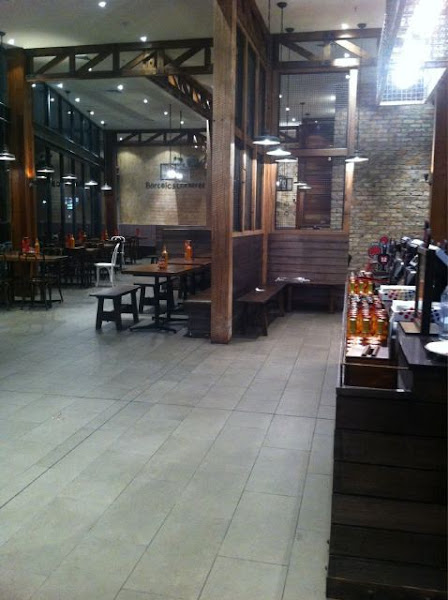 Not conclusive of its own but for mine a confirmation of other suspicions.

UPDATE: We should however congratulate Ben Alexander, Salesi Ma’afu, Pat McCabe and Stephen Moore who have been named.

Even if Palmer wasn’t injured, he wouldn’t be making the WC squad. Our scrum hasn’t been too wobbly of late.

Gits had his chances. He played 10 against Samoa and couldn’t get the backline to fire against a minnow. He crabs across field and from most accounts, is a bit of a disharmonious influence around the squad. You wouldn’t take him for his goal kicking either.

I could see the potential for him to be in the squad in place of Phipps (3 specialist 9s seems odd), but where would he play? Certainly not 10. We’ve got McCabe, Barnes, A. Faingaa and JOC who can all play 12. And I’d choose all of them above Gits right now. He could play 9 at a pinch, but it’s been years since he played there.

Leaving Giteau out is a joke. No-one elae can cover as many positions as he can and 97 test caps are nothing to sneer at.

Surprised there wasn’t more coverage on RA about Giteau and his tweets on being dumped from the Wabbalies.

Rob Thomas - 17 minutes ago
Kir not only that I have my own oxygen tank and mask. I've be arguing for a further discount as I'm not using the buildings a... View
Kir Rin - 54 minutes ago
Rob Thomas do you potentially pay for other things that others may not? Do you have a separate entry? View
HiddenDragon - 2 hours ago
Another great thing about electric vehicles is that they're exempt from those old-fashioned rules about parking between the y... View
News 21

Sue Jameson - 21 minutes ago
That’s a job!!! View
Lesa Hallissy - 2 hours ago
It needs all the help it can get View
Sport 9

Pat Murray - 4 hours ago
Outta my Weyman! View
James Guy - 5 hours ago
Great photo View
Catherine Hulse - 5 hours ago
Good on you mate! You did for our town! View
Opinion 48

Robert Azzopardi - 5 hours ago
I think it strange that comments here suggest that scooters and their riders are the problem but not cars and their drivers.... View
Business 1

Luke Malacchi - 5 hours ago
Bill Caddey....prime for a bloke with a railbike View
News 2

@The_RiotACT @The_RiotACT
How would you like to own a home that’s more like a 5-star country resort? This Murrumbateman property is the perfect place to snuggle up, wind down & rest up https://t.co/0D5XD98NSv (26 minutes ago)