The number of new COVID-19 cases in the ACT has fallen to 1467 from yesterday’s inflated figure, while the number in hospital has remained stable in the 24 hours to 8 pm yesterday.

The numbers come as the government brought forward a change in booster eligibility.

Yesterday, ACT Health reported a spike in new cases to 1860 but later said a backlog of Capital Pathology tests had contributed to this figure.

There are now 60 people in hospital, including five in intensive care and two requiring ventilation, compared with 63 reported yesterday, including six in ICU and two being ventilated.

The number of those in hospital with COVID-19 had been steadily rising by about 10 a day since last week.

But the run of deaths of people with COVID-19 has ended after four since Sunday’s report.

Modelling has suggested case numbers might have peaked by now under its most likely scenario, with hospital patients peaking tomorrow. The worst-case scenario pointed to the Omicron surge waning by the end of the month.

Modelling has indicated that hospital numbers would peak just shy of 100.

The ACT’s vaccination rate for residents aged 12 and over who have had two jabs is steady at 98.6 per cent.

People aged 18 and over will now be able to receive a booster dose of COVID-19 vaccine three months after receiving their second dose in the ACT.

This change had initially been slated to come into effect from 31 January 2022, but the government has brought it forward as vaccine supply in the ACT is plentiful and capacity is available at the ACT Government’s vaccination clinics.

Chief Minister Andrew Barr said booster uptake in the ACT had so far been strong and this change would help increase coverage rates among the Territory’s adult population.

I have COVID and in isolation. I needed to see the doctor for another matter, but couldn’t due to being infected. So now, I have to wait until am recovered and in good health to go and see the doctor. I had a problem internally, but now in these times it seems the local GP will only see you if you are healthy, whereas before all this, when you were feeling poorly, you went to the doctor. It’s rinse and repeat – ring up the practice, ‘are you suffering COVID like symptoms, sir?’ I don’t think so, but I’m not feeling the best.’ ‘Well you need to have a negative test before the doctor will see you.’

Yes you are right. Except for the dead people and those struggling in ICU. Watched my Dad die of liver cancer years ago and spent seven days at Claire Holland House while my mother died from renal failure. Yes I know they were not COVID victims but they were numbers on Australia’s mortality rates for 1994 and 2013 respectively through the Australian Bureau of Statistics Causes of Death. respectively. I did not see them as a number or sick people. Covid will eventually decline possibly replaced by something else. Just hope you do not become one of those numbers.

And everyday there are sick people. And covid won’t go away. It’s a number. It’s nothing more.

Doing so, is heartless. It is a failure to recognise what is important and that is, that the person was a mum or dad, brother, sister, grandparent etc.

Had it not been for Covid, these people may have had many more years with their loved ones.

Is it the place of government or media to commemorate someone in that way?

Whilst I cannot imagine what it would be like to loose someone this way, and my co condolences go out to anyone who has, but at end of the day to the population as a whole those deaths are ultimately numbers.

What has that to do with kenbehrens’ point, JC? Nobody asked for a statue, and ultimately, they are people with family, relatives, friends, among whom their roles may have been active rather than passive. Might feasibly better risk management and planning have saved many? Considering the sweep of the last two years to today, a royal commission might be a reasonable response, to improve dealing with the next pandemic. There is scope.

Lots of relevance. Don’t think kenberrans was talking about planning and response to minimise death rather that those who have passed are should be considered as more than a number.

My point is yes they are more than a number, to those who knew and lived them, but to the majority they are ultimately a terrible number.

For sure there might be a better way to present it, but look around social media and it seems many (especially those who think covid is not real/anti vaccers) are expecting the information that is given. Especially those who then use that to say only the elderly or those with other conditions are vulnerable to death to justify their own views on life.

Hi JC,
Government officials (from all parties and in all jurisdictions) front the media and speak in the terms of eg “a 65 year old man with other health conditions” or “a 79 year old female in aged care”.
What they are doing is using “political spin” to down play, in the minds of the electorate, the significance of these deaths, to in part, distance themselves from these outcomes.

General members of the community, some of whom appear to only view life from their own selfish perspective, have their views reinforced by the spin they hear. They hear “old man, other health conditions”, and conclude that these people were going to die anyway. 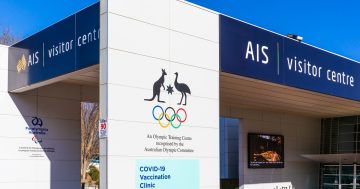