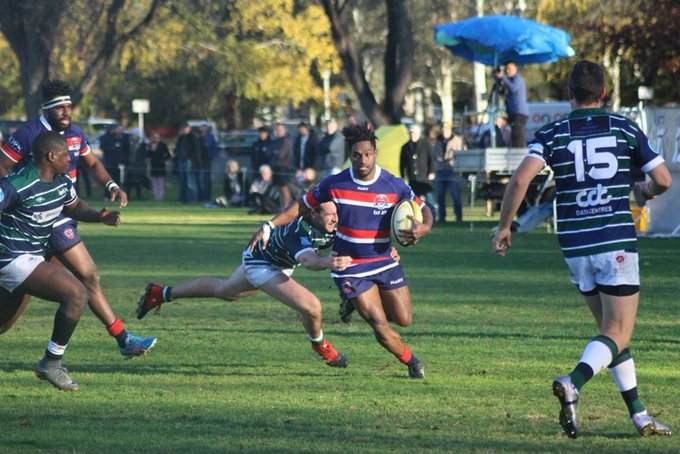 After 82 years, Easts Rugby will not field a team in the John I Dent Cup. Photo: Brumbies.

The writing has been on the wall for a few months.

Easts Rugby Union Club has been struggling to get numbers to pre-season training and there was speculation in ACT Rugby circles that they might not be part of the first-grade competition this year. And so it has come to pass.

COVID-19 didn’t help. But when the decision became inevitable and the inevitable was announced, it wasn’t a huge shock.

About three months ago I wrote a story featuring the club’s coach Tim Cornforth and his concerns about the lack of numbers. Some players had retired, some had gone to rival clubs while others went to rugby league.

At that stage, they were getting about 35 players to training and that included the women’s team. It was unsustainable.

The story wasn’t published for fear it may make the problem worse and effectively result in players, who may be interested in playing for the club, heading for safer pastures.

Tim Cornforth, it has to be said, put his heart and soul into the club and was determined to make it work.

Last year he made a return to the field with the club struggling for fit players. He played fullback and led Easts to a memorable win over the Gungahlin Eagles. It was perhaps their greatest win since beating Royals in 2018.

Mind you, in the win over the finals-bound Eagles last year, Tim came off looking worse for wear following a collision with Henry Speight.

When Tim posted on Facebook that he would be stepping down as coach the other day it was obvious that things weren’t good given his commitment to the cause.

President Huia Edmonds has done a great job in engaging with the club’s old boys and sponsors as well as sourcing players. But time ran out and the club announced they wouldn’t be fielding a first-grade team in the John I Dent Cup.

Uni and Norths merged and RMC now plays in the lower grades.

Part of the issue for Easts has been the lack of numbers coming through the juniors.

In the past it was a pathway for St Edmonds College and the club benefited from the likes of Matt Giteau, George Gregan and Mark McInnes turning out for Easts.

In recent times, though, other clubs such as Queanbeyan have emerged as the team of choice for Eddies’ players.

Easts are optimistic they will be able to field a side in the John I Dent Cup next year.

In their absence, it will be a six-team first-grade competition featuring Wests, Royals, Tuggeranong, Queanbeyan, Uni Norths and Gungahlin.

The hope is that we will be back to seven teams next season.

Anthony Willing - 6 hours ago
Paul Mills the same as every old / wheelchair person in every multi-storey in every city in the world.The fire brigade have s... View
Anthony Briscoe - 6 hours ago
Canberra more and more of this type of development will happen under the Barr Government. Just wait till the tram goes to Wod... View
Paul Mills - 7 hours ago
Becoming a common Canberra vista. View
News 128