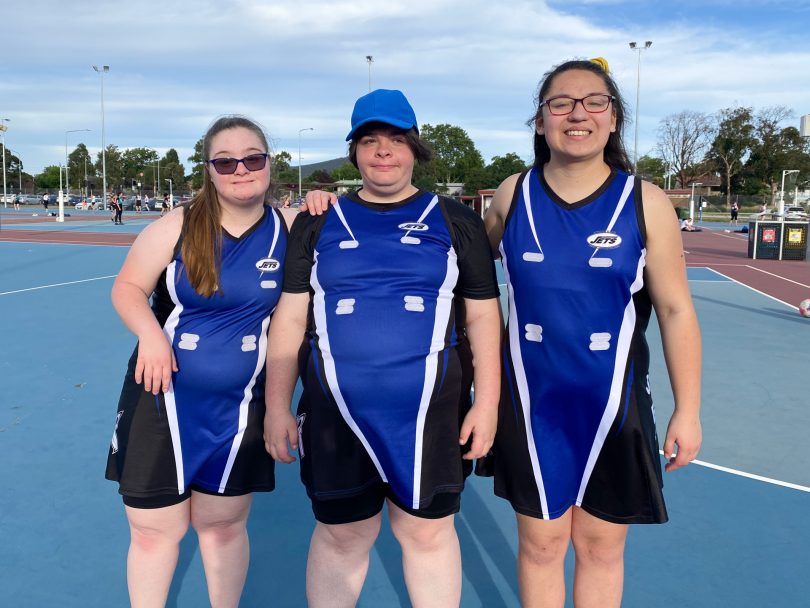 Olivia Runting, Charlotte Bailey and Lucy Myatt are three netball players who aren’t letting anything get in the way of their goals.

A combination of midcourt and shooters, the girls are an integral part of the Gungahlin Jets all abilities netball team, the Shooting Stars, which held a come-and-try day for players of all-abilities on International Day of People with Disability.

For Olivia, Charlotte and Lucy, netball is an opportunity for everyone to shine, make new friends and hopefully compete for the Marie Little Shield (MLS), a netball competition for women with an intellectual disability, in 2021.

“I like building new relationships with friends that I don’t know,” Olivia said.

“I like seeing my friends and seeing people I am playing against,” Charlotte said.

READ ALSO All abilities netball team shoots for the stars

Golden Gorgia is one of the teammates who helps supports the girls on the court. Playing as wing attack or wing defence, Golden has gone from admiring the players as she goes past the netball courts to being involved.

Making her netball debut during a girls trip to Hawaii with Shooting Stars creator Marilyn Whyte, Golden didn’t know the rules but had fun.

“When she [Whyte] started the game here, I joined her. I was pleased to help others as well, being a teacher,” Golden said.

“Now we are slowly learning and teaching each other and the team is fantastic and I am loving the game.”

It wasn’t just players from the Jets who came to come-and-try day, it was members of the community as well. Juliet Dowling, who is hearing impaired, is brand new to netball and wanted to find out what it was all about.

“I wanted to have a go at netball, to see if I like it,” Juliet said.

“I might join a team for the Deaf Games, and to play next year and build my skills.”

READ ALSO Netball team shoes its not all about winning

Netball ACT high-performance coach Victoria Schmahl was leading a variety of skills sessions and believes once regular come-and-try days are set up, the exposure for all abilities netball in the ACT would provide greater opportunities for the continued development of the Marie Little Shield competition.

“I think it gives the chance for the full community to get involved and to play netball, enjoy netball and love netball like everybody else can,” Victoria said.

“I think the biggest thing about the Marie Little Shield is the exposure and getting everyone involved, even just a chance to trial for it.”

Chairwoman of the board for Gungahlin Australian Football and Netball Club Rachel Dobing is inspired, proud and honoured to be a part of a club that has such an inclusive nature and culture.

“To have someone like [Shooting Stars creator] Marilyn come in and think of an idea like this where we are including people of all abilities is such an inspiration but it also such a great way to think outside the box,” Rachel said.

“It will be really great to expand it so it has its own little division within netball.

“To see their faces and achieve all the things they have, they have had some phenomenal achievements in just the first year they have had together.”

At the end of the evening, Olivia and Charlotte were awarded the best and fairest award for the Gungahlin Jets for 2020. In their speeches, they thanked all of their friends, families, and coach.

“I have autism and I am proud,” Olivia stated at the end of her speech.

“I want to thank my sister even though she couldn’t be here, ’cause she is part of it too,” Charlotte said.

The Gungahlin Jets were the winners of the 2020 Netball ACT Inclusive Community award. They are also finalists in the 2020 CBR Sport Awards for inclusion.

To register your interest for the 2021 netball season, email netball@gungahlinjets.com.au. 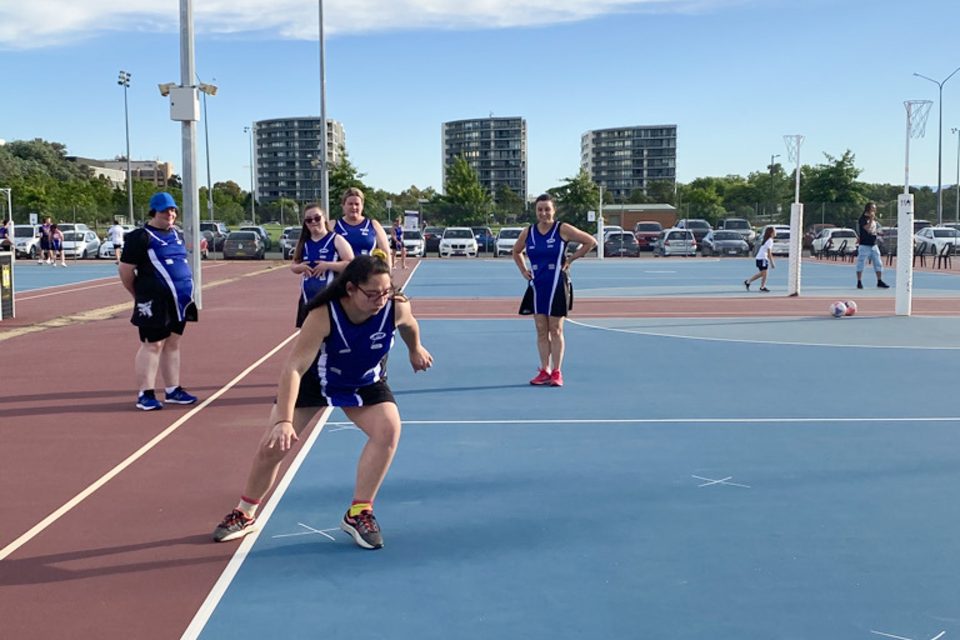 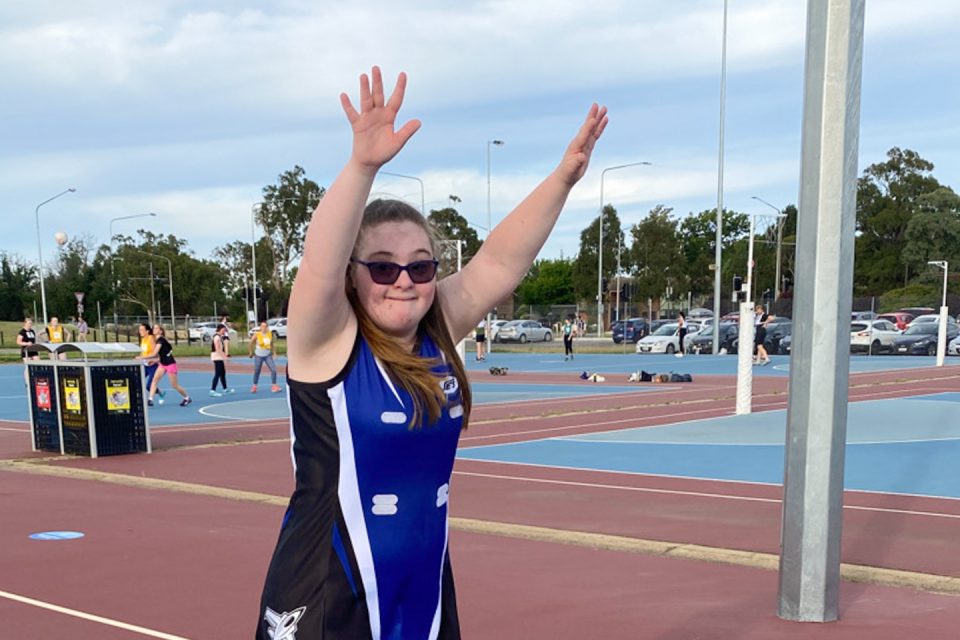 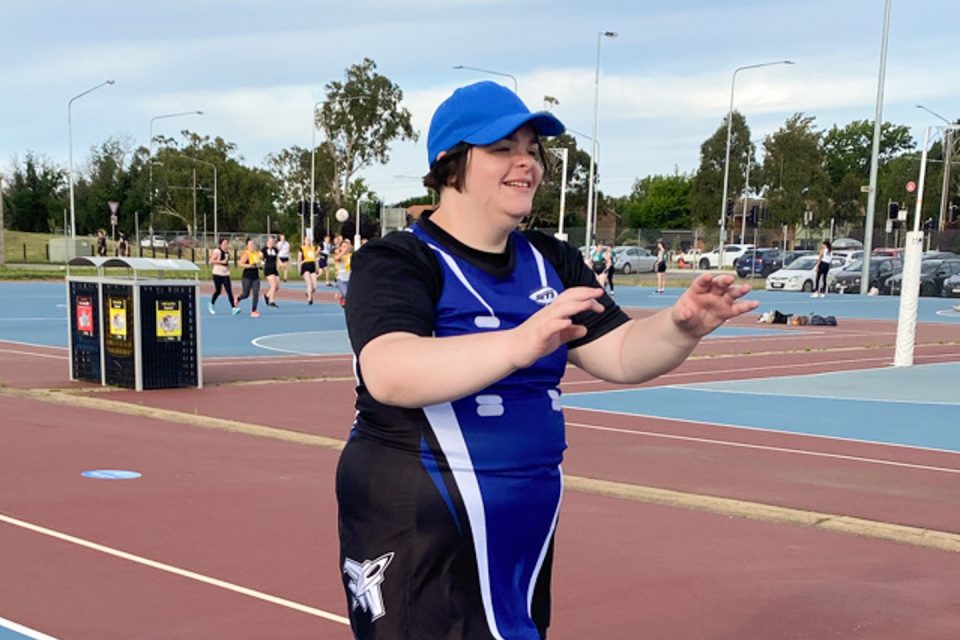 Lucy participating in a defensive drill. 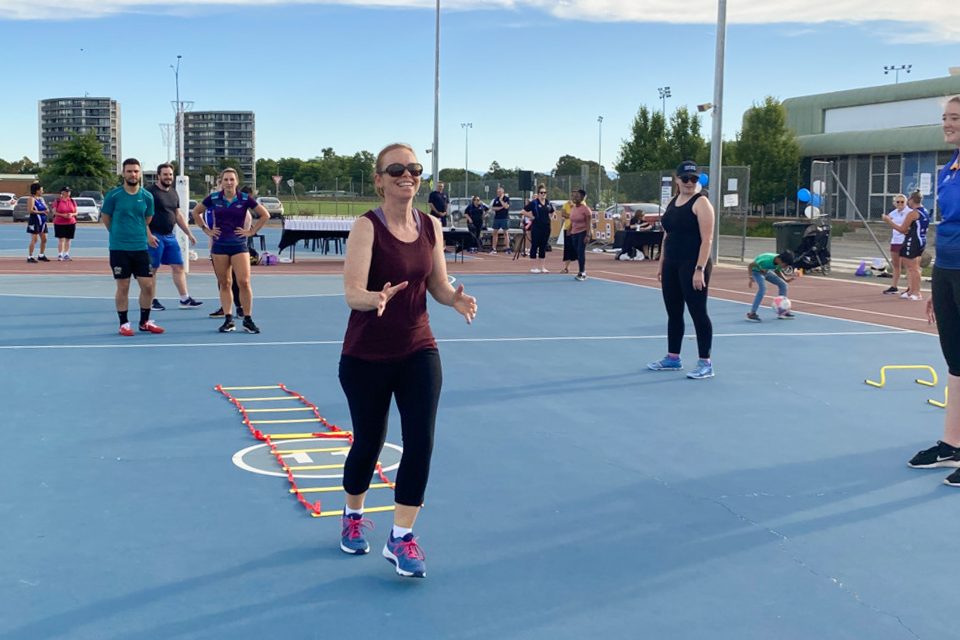 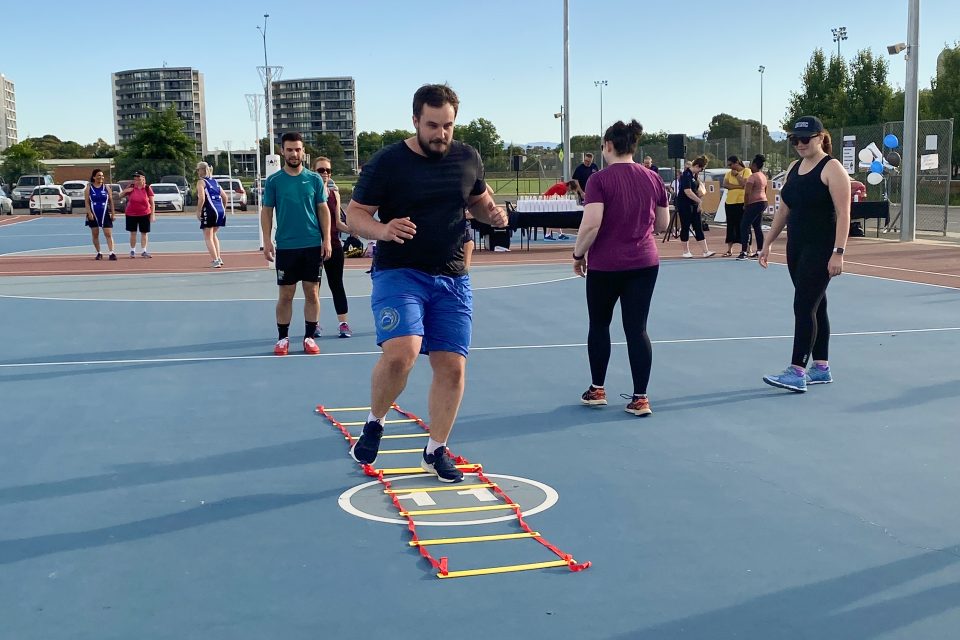 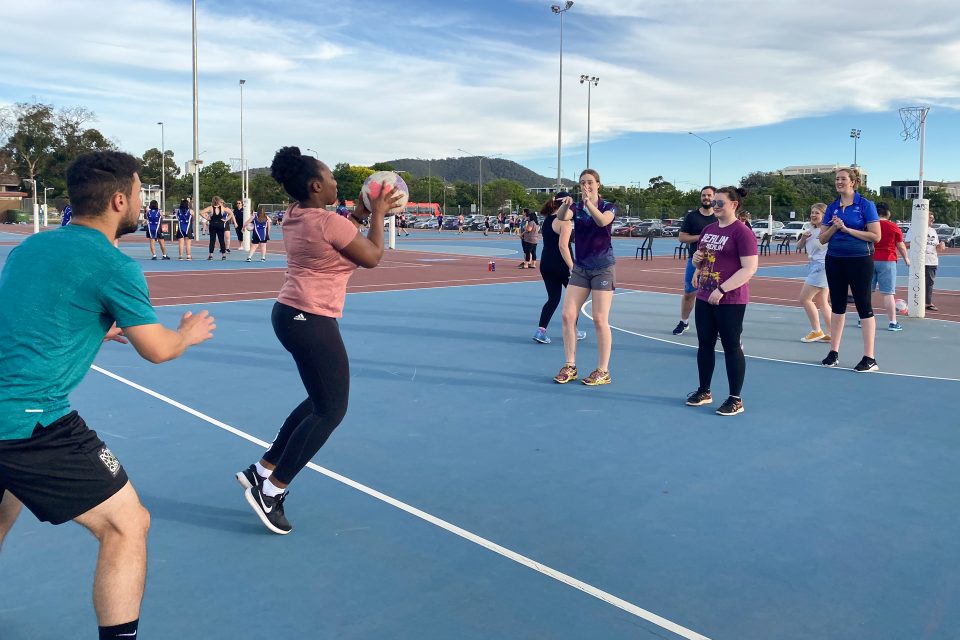 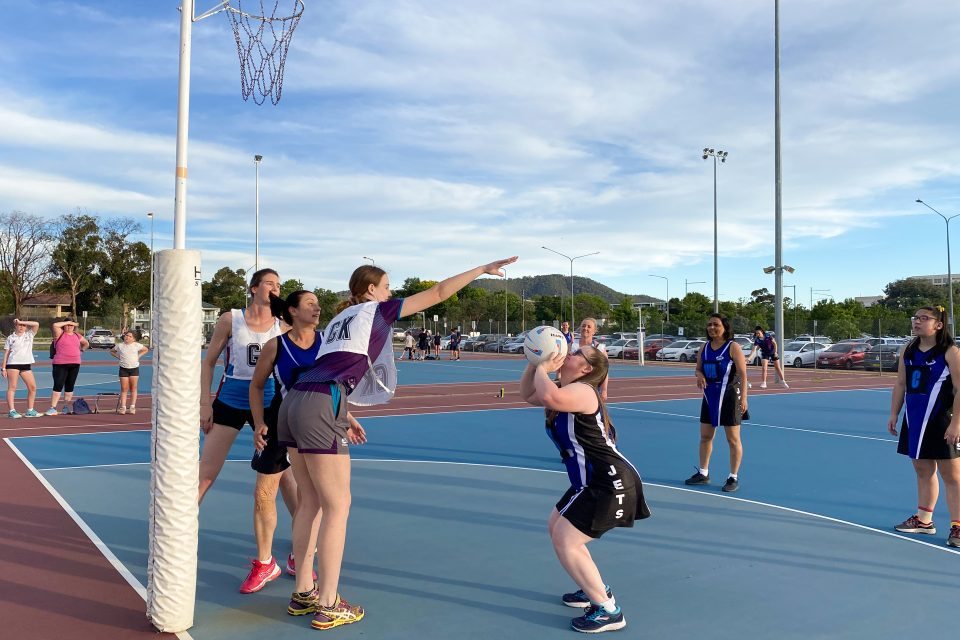 Charlotte shooting for the stars in an exhibition match at the end of the event. 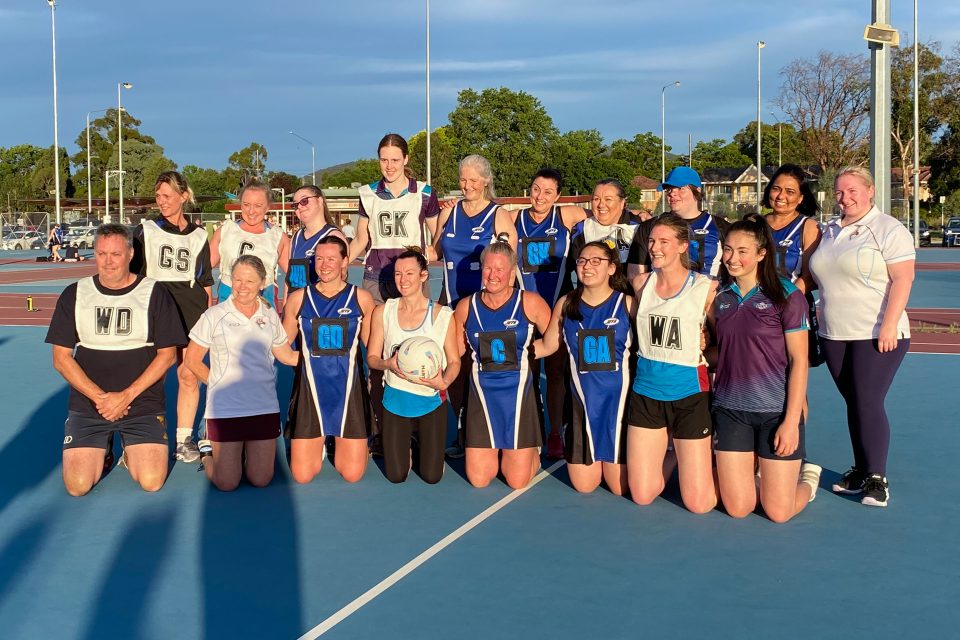 Group photo of the Shooting Stars and the local team. 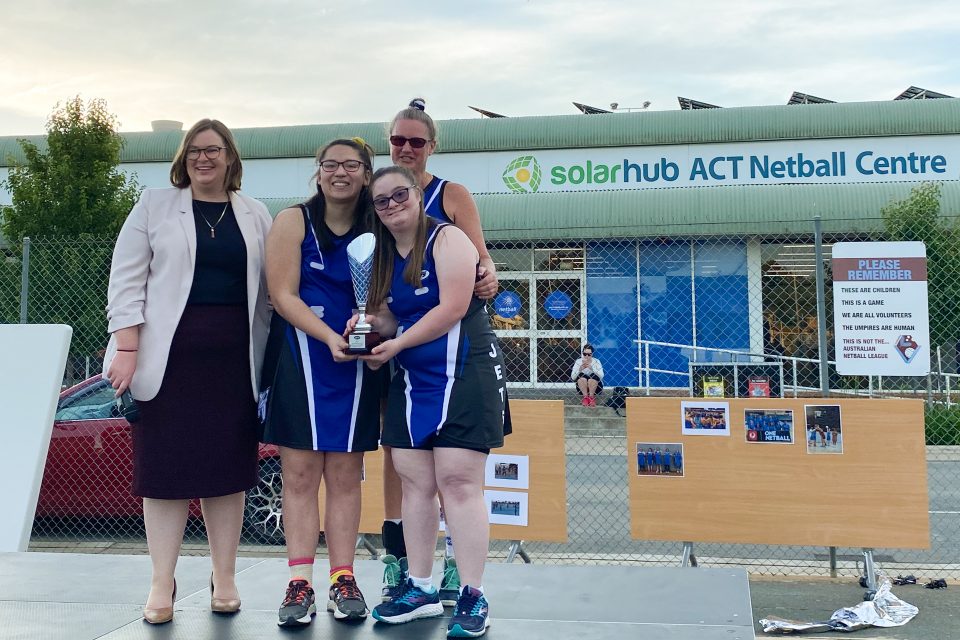 Suzanne Orr and Marilyn Whyte presented Olivia and Charlotte with their best and fairest award.
Share this article