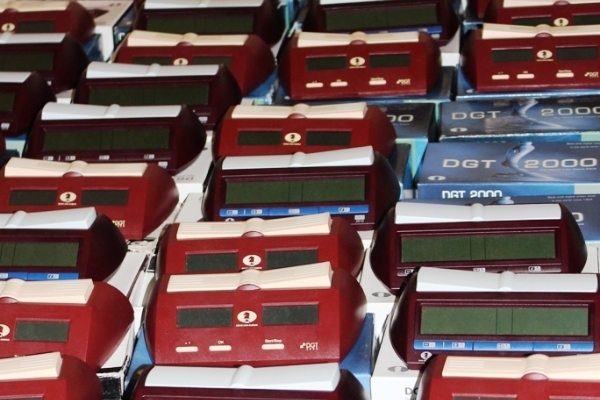 While wandering into a lunch at The Ginseng at the Hellenic Club in Woden, my colleagues and I saw the remnants of what was clearly a very significant chess event in the Olympus Room.

After checking the boards and notes it seems Canberra again hosted one of Australia’s most significant weekend chess events – the Doeberl Cup.

Wikipedia vouchsafes to us that:

The Doeberl Cup is an annual chess tournament held in Canberra, Australia. It has been held every year since 1963 and is the longest running weekend chess event in Australia. Since its inception the event has grown both larger and stronger, and often attracts more players than the Australian Chess Championships.

The tournament is held each year over Easter. The tournament runs in 4 sections, with the top section known as the Doeberl Cup Premier. Grandmaster Ian Rogers holds the record for the most number of wins (either outright or on tie-break) with 12.

The Doeberl Cup was named after its primary sponsor, Erich Doeberl, and although it is no longer sponsored by his family, the name is still used to describe the tournament.

While I managed to comprehensively miss the action, the snap above is of a collection of rather charming chess clocks and here is a picture of chess demonstrably not taking place. 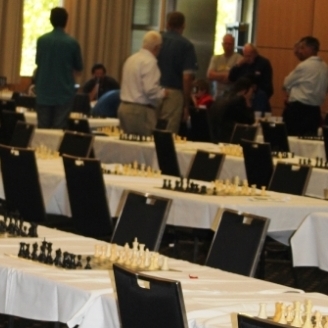 The event is a Swiss-system tournament Premier open, with close to a record number of participants for 2013 – I counted 244 paid up registrants in the four categories. This year’s winner of the Doeberl Cup Premier was Li Chao, a Grand Master from China.

I don’t know why, but I have always wanted to watch a really good game of chess played, so I am noting the Doeberl Cup in my Diary for 2014.

[ED – It should be noted two of the competitors died in a car crash on the way home. Thoughts are with their families.]

What a very sad postscript to such an interesting story from poptop.

What a very sad postscript to such an interesting story from poptop.

Mark Johnson - 2 hours ago
If it’s not licenced what’s it doing on a roadway anyway … View
Julie Macklin - 6 hours ago
Alicia Conley The ACT has no cycle paths. They are shared paths. Yes, those around the lake were built with people on bikes i... View
chewy14 - 7 hours ago
"That they are public doesn’t mean there are no rules for using them." Exactly my point. That the rules should preclude cyc... View
Community 16

Mazzie Woodward - 7 hours ago
We don’t have a working hospital and they are building a giant battery 🔋 does anyone else find this utterly ridiculous? View
HiddenDragon - 11 hours ago
"....will ensure that the nation’s capital remains at the forefront of a booming industry – supporting new jobs in emergi... View
News 21

Juanita Tee - 7 hours ago
David Keir what are you specifically doing for them 🙃... View
Liv Miller - 9 hours ago
Rachel Edmondstone love 💓 this View
David Keir - 13 hours ago
Virginia Loizou sounds like you’re the one whinging champ View
Property 28

The search is on for Canberra’s top table tennis workplace