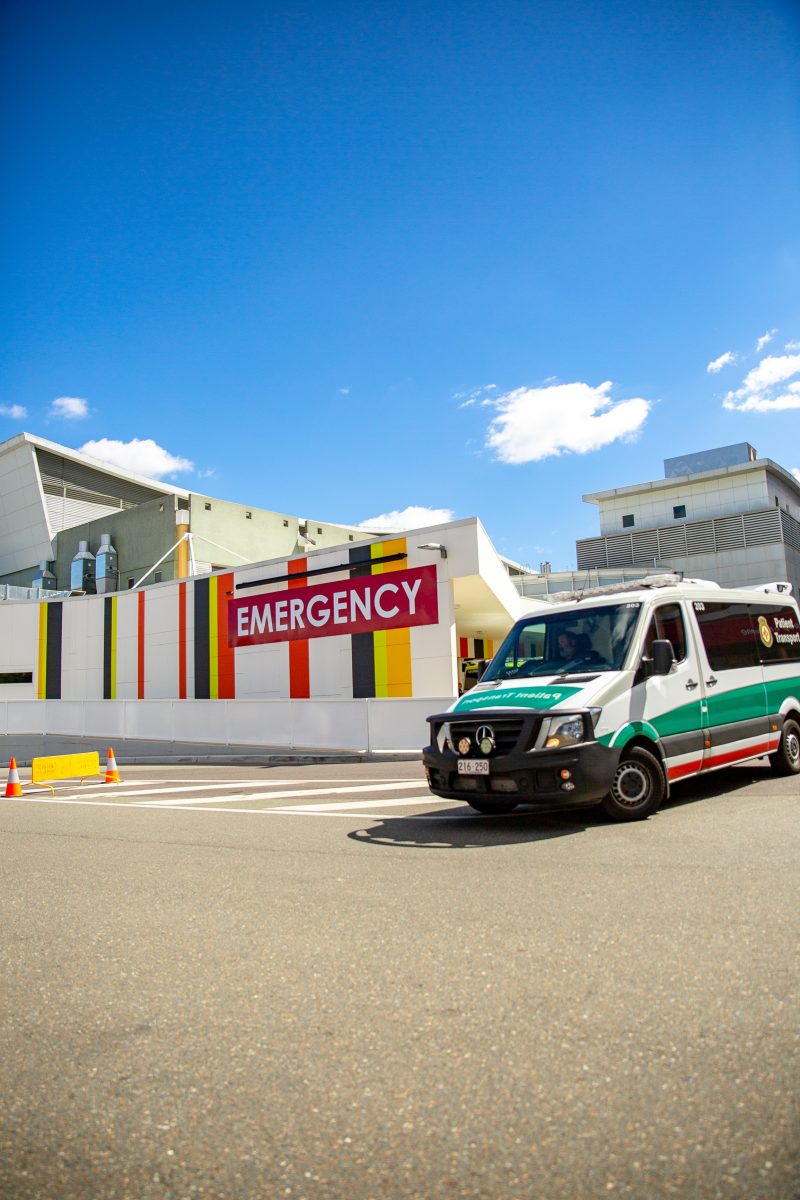 The percentage of urgent emergency department patients in the ACT who are seen within the recommended time of 30 minutes is less than half that of NSW. Photos: George Tsotsos.

The percentage of ‘urgent’ emergency department patients in the ACT who are seen within the recommended time of 30 minutes has fallen to 37 per cent and is the lowest in Australia according to a new Australian Medical Association report card on public hospitals.

The 2017-18 statistic of 37 per cent represents a drop from 50 per cent in 2016-17 and is less than half of the 76 per cent of NSW urgent patients who are seen by that state’s emergency departments within the 30-minute clinically recommended time period.

The ACT has also scored badly in several other areas of the report card which the AMA says “paints a depressing picture of overstretched hospitals and patients waiting longer for their care”.

AMA President, Dr Tony Bartone said that the ability of the hospitals to cope with ever-increasing patient demand continues to decline, and it is a trend that will only accelerate unless something is done.

“Emergency treatment times for ‘urgent’ patients have gone backwards in most states and territories. None have performed substantially better than last year,” Dr Bartone said.

“The picture for elective surgery is not much better, with most jurisdictions performing worse or remaining static.”

The AMA is calling on all the major parties to commit to significant new long-term funding for Australia’s public hospitals should they win Government on May 18.

Dr Bartone said that no jurisdiction improved performance across all indicators in the report card.

“The picture should be one of continual improvement. Sadly, it is not,” he said.

The ACT also scored badly when it came to transitioning emergency patients to hospital beds within the recommended four hours after their emergency treatment was finished (where a hospital bed was needed).

In the ACT, only 40 per cent of emergency patients who needed a subsequent admission made the transition within four hours.

“Nationally, less than 50 per cent (48.5 per cent) of this cohort transition from emergency to an in-patient bed within four hours. As expected, performance varies by jurisdiction,” the report stated.

In the ACT, only 40 per cent of emergency patients who needed a subsequent admission in 2017-18 made the transition within four hours. This was the second-worst percentage of all states and territories with only the Northern Territory scoring worse at 31 per cent.

“The delayed transition of patients to admitted ward beds threatens the safety and quality of patient care and diverts valuable emergency staff/resources away from patients still waiting for emergency treatment,” the report stated.

The ACT also fared badly when it came to elective surgery waiting times.

Dr Bartone said that public hospitals are treating more patients each year and that greater funding is needed to lift the capacity of the hospitals.

“Across all types of public hospital service, the rate of increased demand is outstripping the 1.6 per cent per annum rate of population growth.”

Dr Bartone said the consequences of underfunding are significant.

“Greater funding is needed to support the highly-skilled, dedicated, and hardworking doctors, nurses, other health professionals, and hospital workers who are asked to do more with less every day.

“And greater funding is needed to ensure that patients can get access to high-quality care when they need it, without long waiting times.”

The 2019 AMA Public Hospital Report Card is available at https://ama.com.au/ama-public-hospital-report-card-2019

Last year, we had to go to Westmead Children’s Hospital for surgery for my daughter. The care, facilities and quality of staff was far superior to here in Canberra. From now on, if possible, I will bypass Canberra and make the trip to Sydney, to have my kids treated adequately. Nothing but poor experiences at TCH.

Emma Losanno who was the patient and are they alright now?

For the amount of rates we pay, our health system should be better.

Adrian Gab already the best funded system also in Australia so surely it can’t just need more money. Must be management of the money.

More bed capacity is not the solution. A strong primary care system will prevent people from turning up at ED. If more resources were directed to prevention then people wouldn’t end up in hospital. Stop resourcing hospitals and fund better primary care. The ACT has the lowest bulk billing rate in the country. Evidence shows that a significant % of people don’t attend the GP due to cost. We are failing our most disadvantaged and unwell people.

We regularly attend ED with genuine urgent issues (my wife has cancer with lots of complications). There area so many people who go to ED with non-urgent issues…this had been confirmed to us by the ED staff. The problem is actually the lack of bulk billing in the ACT, it drives people of limited means to go to emergency as the only way to get treated

I agree, Glenda. My son has a complex medical history and he’s always seen and assessed immediately. We are always told by TCH staff, and our GP, to go straight to ED with anything out of the ordinary for him. Our community doesn’t take advantage of the walk in clinics enough. I use them a lot and never wait more than ten minutes.

TCH lost a fantastic Nurse Practitioner who fast-tracked a lot of the patients. More NPs, and also more inpatient bed capacity are needed to increase patient flow. This is the model that hospitals in other states are using and it is time the ACT caught up.

Is this because we have too many ‘non-urgent’? Somehow I don’t think it’s bc the staff don’t work hard enough. Is the ratio wrong? I’m interested in the explanation.

Sarelle Woodward in my case the emergency staff are always amazing, they’ve always done the best they could with what they’ve had. It’s what they’ve had to work with that’s been the problem.

I have no doubt. So is it reduced staff numbers in comparison to other states? From what I understand, all hospitals struggle – which means there is some additional constraint in ours.

Change the protocol. I saw ED patients triaged seen by a doctor and out again in 30minutes at a NSW hospital. Don’t keep them for hours.