And the winners of the Canberra International Film Festival are… 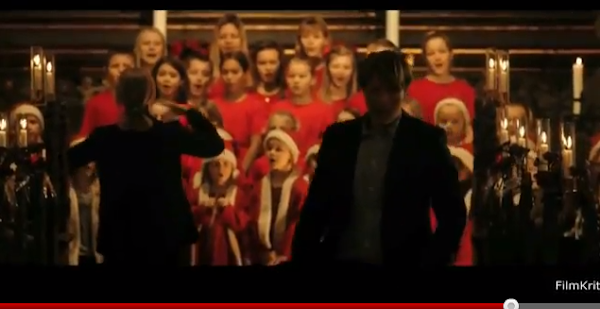 CIFF has announced their people’s choice winners from this year’s festival:

The Hunt, a Danish film directed by Thomas Vinterberg and starring

Mads Mikkelsen: a spine-chilling drama about an innocent man whose
life is threatened by a child’s lie.

Searching for Sugar Man, directed by Malik Bendjelloul: A Swedish/UK

The Shining, the UK/USA horror classic directed by Stanley Kubrick and

For those interested here are the trailers of the winners:

Cheryl Boyd - 56 minutes ago
Kangaroos will go into water if they have been bitten by a snake. Hope it was taken to a vet to get checked over. View
News 120

Craig Webb - 1 hour ago
Greg Donoghoe thats well and truely faster than an old plastic cab with a gardiner straight 8 in it! View
Greg Donoghoe - 1 hour ago
Yvoir Hingee maybe you need to give it a try now. Very enjoyable way to travel to Sydney. No traffic to put up with & very co... View
Tim Vandartel - 2 hours ago
Time to get back on track. High speed trains please. View
News 34

Carol Treneski - 1 hour ago
The team at the gym and pool worked with my Dad for years. He had Parkinson’s and Lewy Body Dementia. They helped Dad retai... View
Opinion 12

Neil Chandler - 1 hour ago
Peter Bee true, but they produce some great players and there is a fanatical enough fan base that it would be a worthwhile ve... View
Rollersk8r1 - 3 hours ago
Quite happy as a GWS member. In normal times it’s an ideal arrangement. Four games a year at Manuka (1 pre-season), plus AF... View
Ben Jones - 4 hours ago
No one will go apart from the die hard fans. Until they start winning and the whole of the ACT become fans overnight. View
Opinion 1

chewy14 - 3 hours ago
"Inevitably, some of us will slip into past behaviours, and others are forced to call it out and gently point out the rules t... View
Opinion 197

David John Hourigan - 3 hours ago
John Slow too many round abouts...! View
Matthew Robinson - 12 hours ago
Would be great but no way the government would support it. View
Community 12

Acton - 11 hours ago
"Chief Minister Andrew Barr said he accepted that having no deaths may not be possible" Of course it is not possible to have... View
Mike Diy - 13 hours ago
How dare he be a competent politician. What kind of example will this be for others? View
Breaking 86

Wini Harrison - 12 hours ago
I was too bizzy watching movies. View
show more show less
*Results are based on activity within last 7 days

@The_RiotACT @The_RiotACT
A Kambah pizza bar has been identified as a close contact #exposure site in the latest list from @ACTHealth, while supermarkets across the ACT are named as #casual or monitor for symptoms sites https://t.co/LKRHn7xAFZ (23 minutes ago)

@The_RiotACT @The_RiotACT
Zed Seselja's Senate seat may be vulnerable, according to new polling from the @TheAusInstitute, but ousting him will be a big ask https://t.co/0HDjhrW54O (25 minutes ago)

@The_RiotACT @The_RiotACT
A Canberra man has died after being struck by a car from behind while walking in East Queanbeyan on Wednesday night https://t.co/rM6J2eFG0o (2 hours ago)