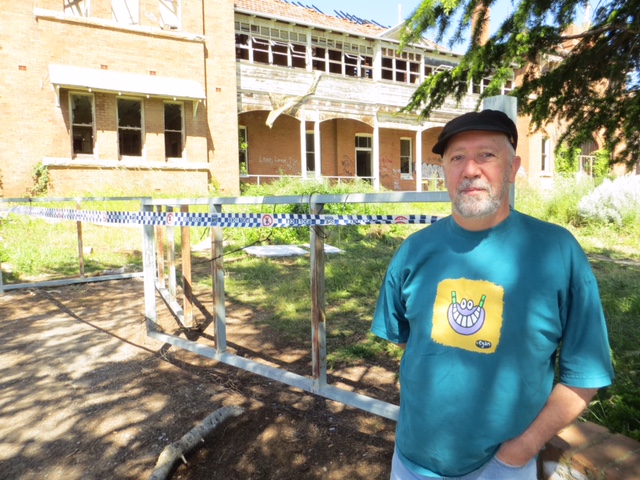 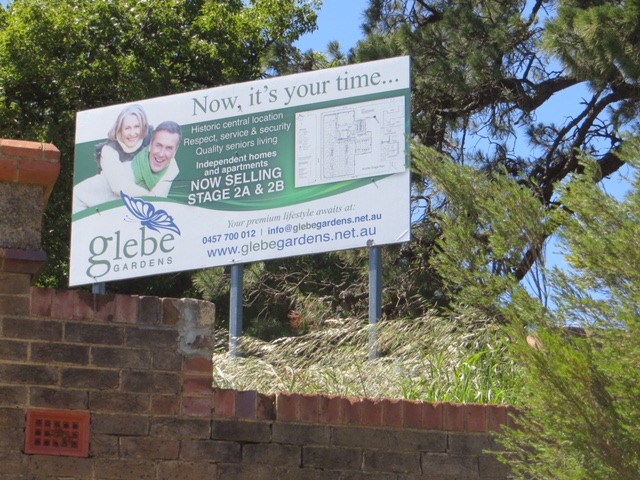 Three fires in 12 months have destroyed a historic former boys orphanage and left many Goulburn people seething with anger.

Built in the early 1900s, St John’s Orphanage was among the finest of Goulburn’s extensive heritage buildings, on a prominent hill that looked like an almighty bonfire on Friday night.

Multiple calls to 000 alerted firefighters about 9.30 pm according to NSW Fire and Rescue region south superintendent Steven Hayes. A crew of 45 had the blaze contained in 35 minutes, but a specialist aerial appliance was called in from Canberra to extinguish the flames.

“Because of the size and width of the building and access, it was unsafe for fire fighters to be in the building,” superintendent Hayes said.

“It is extremely dangerous to put crews inside for internal fire fighting.’’

A crew returned on Saturday morning to extinguish spot fires.

Superintendent Hayes said it was the second time in two days and 12 months since the previous fire.

Ron McLaughlin, who has lived opposite St John’s since 1985, left his home with his wife about 7pm on Friday night when they noticed youths trespassing in the former orphanage, a common occurrence. A Subaru with a P-plate was parked outside.

“When we first lived here [the orphanage] belonged to the Catholic Church and then a group called Youth with a Mission. We used to come over here and visit the people, I remember it was such a beautiful building, the lovely oak work,’’ Mr McLaughlin said.

“It wasn’t until 11pm when we got home, and by then it was well and truly ablaze.”

Aghast at the destruction captured on social media at the height of the fire, Goulburn people were calling for more action to preserve what is left of the historic city’s heritage.

Typical of comments was this one: “How sad this is that yet another iconic building in our wonderful town has seemingly almost been lost. But I would implore our councillors to use this latest episode as the catalyst to improve our heritage protection in Goulburn.’’

The Catholic Church sold St John’s Orphanage to Goulburn businessman John Ferrara in 1999 for $450,000. Mr Ferrara, who paid $2.5 million for the local airport in 2013, has submitted several plans for the elevated site, including a retirement village and 76 units and homes.

The Goulburn Post previously reported Goulburn Mulwaree Council would not issue development permits until restoration work at the orphanage was completed.

Mr McLaughlin said people were upset with losing such a significant landmark.

“The general mood in Goulburn is they are just horrified,’’ he said.

“It is appalling nothing has been done to preserve it. I mean, it is well and truly beyond preservation now.

The best they could do was preserve the facade, beyond that almost all the building is destroyed. Two years ago they could have done something about it.’’

Captions: top, Ron McLaughlin outside the old orphanage on Saturday. Above, a sign on the site of the orphanage advertising future development. Photos: John Thistleton

Melissa Wells - 2 hours ago
Ben was one of my teachers at Melba High in 2004/5. Such a genuine and caring teacher! Had no idea about this, but when is a... View
Sophie Stoddard - 6 hours ago
Taught me maths for a bit. 👌🏻👌🏻 View
Rory Wadwell - 6 hours ago
Stephen Wadwell you were very fortunate to have him as a mentor for your refereeing. View
News 67

Kimmy Hunter - 2 hours ago
Crystal Darmody if you live in Canberra they don’t accept you... View
News 61