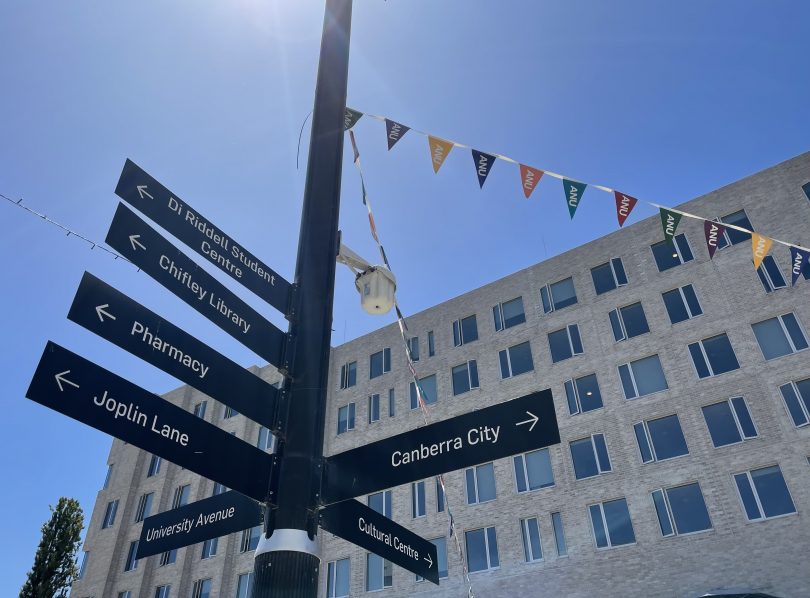 The COVID-19 cluster at ANU has now doubled in size to at least 400 positive cases. Photo: ANU.

The ACT has recorded 661 new cases of COVID-19 to 8 pm last night, and the cluster at the ANU that formed in the aftermath of Orientation Week has doubled to around 400 cases.

Health authorities confirmed yesterday it’s their understanding that the sheer number of cases being recorded at the university is driving recent high caseloads as reported by ACT Health.

Yesterday, the Territory recorded its highest daily tally of COVID-19 cases in over a month – 946. But Minister for Health Rachel Stephen-Smith said ups and downs in daily case numbers are to be expected and the “encouraging sign is that [the ACT is] not seeing hospitalisations increase”.

Authorities have previously warned against using one day’s reported case numbers as evidence of a “trend”.

She said current daily caseloads of around 400 to 500 should be expected as a “baseline over the next couple of months” but that they would rise and fall at various points.

A spokesperson for the ANU said yesterday that processes had been simplified to allow residents to “self-isolate in their own homes” rather than being moved to a dedicated quarantine facility on campus. It’s hoped this will mean fewer disruptions to studies and minimise movement.

“We expected an increase in case numbers. This is now part of life for a campus the size of a small town in the midst of a pandemic, particularly as our young population returns and wider restrictions begin to lift,” they said.

READ ALSO Could Canberra grow more of its own food?

The vaccination rate for the ACT’s 12-plus population remains 98.6 per cent, and 66.2 per cent of residents aged 16 and older have received a booster.

There are now 1211 people in hospital with the virus and 59 people in ICUs around the state.

Victoria has reported 16 deaths overnight and an additional 6715 cases of COVID-19.

There are now 322 people hospitalised with the virus in the state.