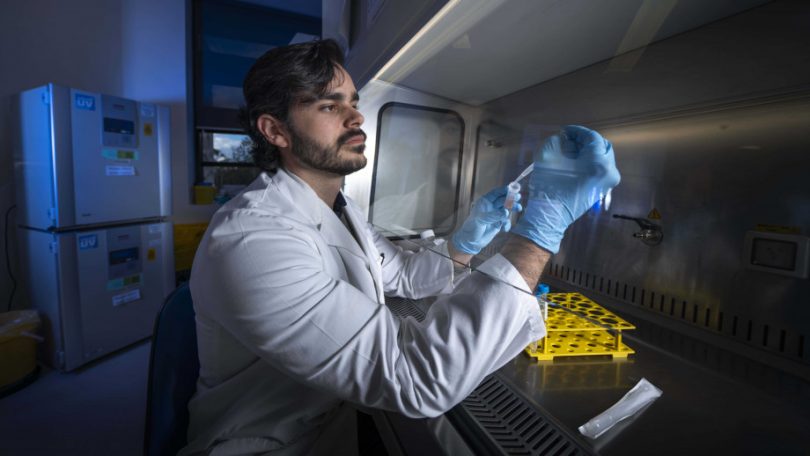 Lead researcher and PhD scholar Pablo F Canete from the ANU said one-in-five Australians suffer from some form of allergic condition and the cell discovery could create a new approach for future allergy treatments. Photo: ANU.

Researchers at the Australian National University in Canberra have made a breakthrough discovery which gives hope to the millions of Australians living with allergic conditions such as asthma, eczema and life-threatening anaphylaxis.

They have discovered a new cell type which could stop allergies before they begin.

The finding comes at a time when one-in-five Australians suffer from an allergic condition and could create a new approach for future allergy treatments.

“In allergic individuals, the immune system thinks that harmless particles like peanuts, dust or common allergens are a threat.

“The immune system then mounts a response which manifests itself from mild localised symptoms like a runny nose during hay fever season, to very aggressive systemic inflammation like anaphylaxis.”

Mr Canete said that when the immune system overreacts to allergens – like pollen, dust or peanut butter – it produces antibodies called Immunoglobulin E, (IgE). The IgE antibodies then trigger a chain of events that result in allergic reactions.

“Our study shows this previously unknown cell prevents the formation of IgE, which is the key trigger of allergic conditions,” said Mr Canete, who is based in the ANU John Curtin School of Medical Research.

“The cell stops the very first step in causing an allergic disease.

“If you don’t have excessive IgE levels, you generally do not develop allergies.”

Mr Cante said that Australia has one of the highest rates of allergies in the world and the rates are increasing. 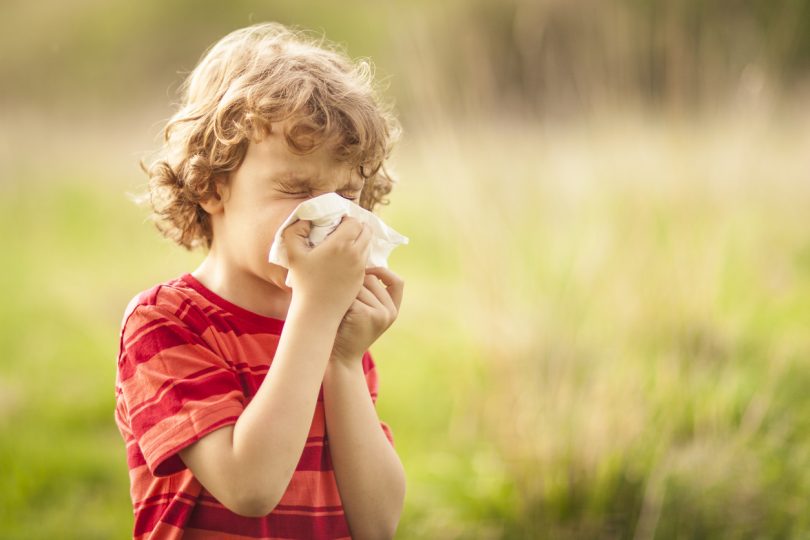 Australia has one of the highest rates of allergies in the world.

“Around one in five Australians suffer from some form of allergic condition and there is a full spectrum of allergic diseases,” said Mr Canete.

“We know how these diseases work but we know very little of how the immune system suppresses or regulates allergic diseases.”

Mr Cante said the discovery of the new cell type provides a new way of thinking about allergies and treatment.

“This cell has a profound effect on the first part of the allergic reaction,” said Mr Canete.

“This breakthrough could help to develop therapies that are more targeted,” said Professor Vinuesa, who is co-director for the ANU Centre for Personalised Immunology.

“Instead of antihistamines, which help deal with allergic reactions, we could potentially modulate the immune system and stop the reaction before it even begins.”

The team analysed more than 200 tonsil tissue samples, including a cohort of 50 blood samples from the same tonsils, donated by children undergoing tonsillectomies.

“All I have is gratitude for these children and their parents, as without them this important discovery would not have been possible,” said Mr Canete.

Sharyn Jones maybe one day I can eat a peanut 🥜

Matt Mison multiple allergy’s, you would be a good test for this

Yes ☹️ I’m over it. Especially the asthma.

It is early days. It could be years before there is an effective treatment based on this discovery.

Peter Hyde - 40 minutes ago
Greg Myat they are for sampling the potable water supply. The samples are the taken to a laboratory and checked for quality a... View
Lexie Donald - 4 hours ago
now you know 🤣🤣🤣🤣🤣🤣🤣 View
News 22

Brian Kilgannon - 3 hours ago
Frances I think you answered the question. No one uses it so why build it when we have more pressing issues at the moment. It... View
Oan Nbn - 4 hours ago
Leon Arundell but I guess Canberra to Yass need to connected from Kingston without passing CBD and making Light Rail stop as... View
Leon Arundell - 4 hours ago
Justin Watson Examples, please. View
News 5

COVID-safe? We now know it in our waters