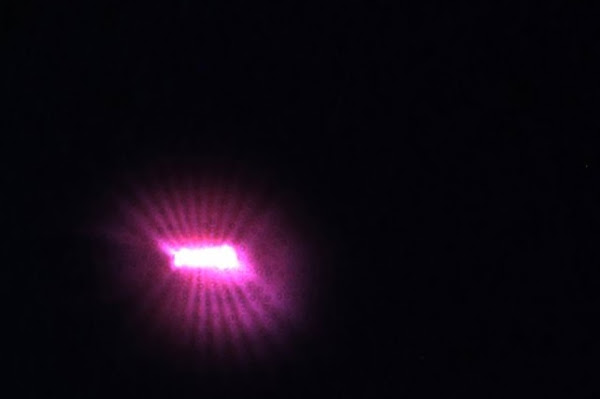 But when you read a bit more it’s very exciting:

“The wires and lasers will lead to much faster, much lighter computers because light travels faster than electrons, allowing us to process data much faster,” explains Mr Dhruv Saxena from the Research School of Physics & Engineering.

“The lasers in use at the moment often require a lot of processing steps to produce a nice cavity and mirrors in order to emit laser light,” explains Saxena, who went on to explain these older lasers also are much bulkier.

These wires get ‘grown’ in the lab, says Dr Sudha Mokkapati, an ANU-based ARC Super Science Fellow who co-authored the paper with Saxena.

TimboinOz - 12 hours ago
How to spend money, in public? AKA Konspikewus Konsumption. Look at ME!!!!! YAWWWWWWrrrrm. Build a veggie garden, grow your o... View
Food & Wine 1

chewy14 - 12 hours ago
BJ, You aren't meant to bring these things up. The only information allowed is positive. It's efficient, it's modern, it's vi... View
chewy14 - 14 hours ago
JC We don't need news reports, transport Canberra publish the patronage reports. BJ's figures are accurate. https://www.trans... View
bj_ACT - 14 hours ago
Just for the record, the light rail business case for expected daily patronage was quite low in 2019 and we beat that in the... View
Property 5

Someonesmother - 14 hours ago
Gee why does this not surprise me? Look who the developers are. 43 car parks in a completely congested street, using Canberra... View
News 16

JC - 15 hours ago
China may well be a developing country with many that are very poor. It does however have a massive (millions) middle to uppe... View
keek - 17 hours ago
Nobody held a gun to the Chancellors head and said "You must rely on income from foreign students and expand to a level where... View
chewy14 - 20 hours ago
JS9, Whilst I would agree that the Federal government has set the framework and playing field that the Unis are operating in,... View
News 3

Richard Windsor - 17 hours ago
As the poor bunny who has been identifying mushrooms, both toxic and non-toxic for the ACT Hospital system since 1985 I must... View
Community 12

Capital Retro - 21 hours ago
".... An emblem showcasing medieval queens, crowns, and castles, doesn’t represent 21st century Canberra..." We have all th... View
Stephen Saunders - 1 day ago
Symbols do matter. The British monarch is the white hereditary chief of the Church of England. An emblem showcasing medieval... View
HiddenDragon - 2 days ago
"Could the Brindabella Ranges be incorporated into the ACT’s coat of arms,..." An image which combined the mountains and th... View
News 1

jwinston - 24 hours ago
How many committees and inquiries does there have to be before anything constructive is done at the AMC? From what has been p... View
News 71

ChrisinTurner - 2 days ago
Remember when the ACT government acted to make it uneconomic to have a supermarket in Coombs? So much for walkable localities... View
News 2

Police have confirmed that a 34-year-old who died in a Page house on Saturday was stabbed to death, and a...
News 0

One of the city's most visible, premium lakeside sites will soon host new dining and café experiences after the naming...
What's On 0

The owners of the Zoo Bar and Grill are taking Canberra's nightlife to the next level by launching the Mile High...
News 16

A flood of professionals taking up work in the national capital is putting the squeeze on the Canberra rental market,...
News 16

@The_RiotACT @The_RiotACT
Two things became clear this week - the light rail wars are over and this is a federal election year, says Ian Bushnell https://t.co/lejP33tCdl (1 hour ago)

@The_RiotACT @The_RiotACT
The Mile High Club, Canberra's newest nightclub, launches this Friday and Saturday with @snkysndsystm. The owners promise it'll take your night out to the next level https://t.co/reaRBNujl1 (11 hours ago)

@The_RiotACT @The_RiotACT
The Enlighten Festival is ready to kick off, so there's going to be plenty to see and do in Canberra this week https://t.co/ofZjTQZ8hU (12 hours ago)