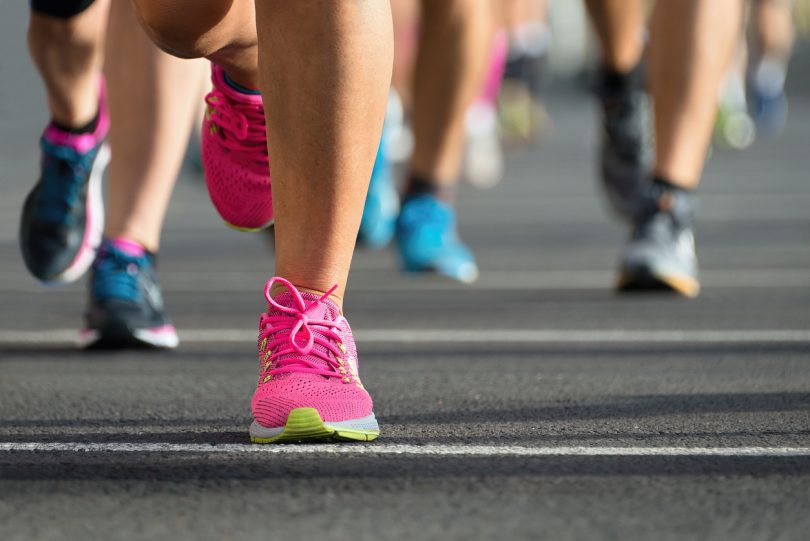 Research from the ANU Medical School has found that regular exercise could prevent the early onset of liver cancer. Photo: File.

Getting outside and exercising is not only a cure for having to currently isolate at home due to COVID-19, but it is also a possible cure for liver cancer, according to research at the Australian National University.

People who are overweight and have type 2 diabetes are the most susceptible to liver cancer. However, research led by Professor Geoff Farrell, professor of gastroenterology and hepatology at the ANU Medical School, shows that exercise could have immediate benefits to patients.

Professor Farrell’s research, published in the Journal of Hepatology on 14 April, shows exercise can halt the onset of liver cancer, the fastest increasing cause of cancer death in Australia.

In the world-first study, researchers focused on the important link to liver cancer posed by fatty liver disease, which is linked to type 2 diabetes and obesity. Type 2 diabetes is a progressive condition where the body becomes resistant to the normal effects of insulin.

Professor Farrell says this link is particularly important in humans with cirrhosis from common conditions such as hepatitis C.

“We know exercise helps reduce rates of some cancers already, but we wanted to find out if exercise would reduce liver cancer rates when there is a high risk of developing it,” he said.

“For example, if you have had or have hepatitis C cirrhosis and you’re a type 2 diabetic, you have a very high rate of liver cancer.”

The researchers also found that exercise reduced the severity of fatty liver disease in these overweight mice while also reducing the activation of a stress-related signalling molecule termed JNK1.

JNK1 is a molecular pathway that fosters the growth of altered liver cells during their evolution to independently growing cancers. Professor Farrell’s study shows the JKN1 activation can be “switched off” by exercise.

“We now have some robust evidence to show exercise will help, especially for those who are overweight with type 2 diabetes,” said Professor Farrell.

“We also started to unravel some of the molecular pathways involved. The benefit of that is we can design drugs to interrupt those pathways.”

Although translating exact rates of exercise between species is tricky – researches noted that the mice ran up to 40km a day when young – this discovery can help people with fatty liver disease, obesity, type 2 diabetes, cirrhosis and hepatitis C.

“It is quite difficult translating exercise physiology, and that is a caveat about our research,” said Professor Farrell. “It doesn’t mean humans need to run a marathon every day to prevent liver cancer.

“Patients have got to start somewhere to combat the complications of cirrhosis and liver cancer risk. We think this is a very exciting start.”

Yvette Croft - 1 minute ago
Jordan McMillan Thank you, I have been updated and they have offered to pay for moving the equipment, but not to the Australi... View
Jordan McMillan - 8 minutes ago
Yvette Croft it says in the article that they did offer to move them View
Matthew Beale - 40 minutes ago
John Kerry Tozer I have no idea how I can not explain this to Steve. Building a 100 car park, 2 storey structure costs more t... View
Food & Wine 22

The major shareholder of Public Bar in Manuka and the founder of Canberra's largest accounting firm, Walter Turnbull, has taken...
News 36