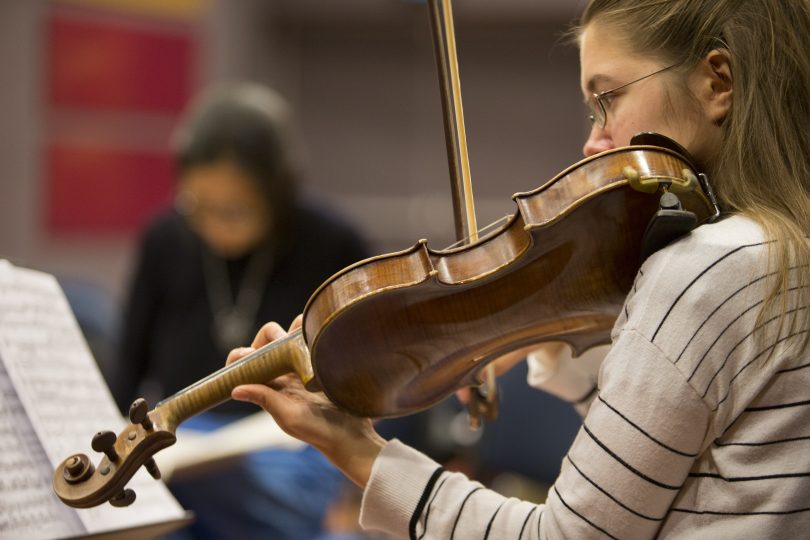 The ANU is launching a new inclusive orchestra that will be open to all students, alumni and gifted school-age musicians. Photo: Supplied.

After a decade of turmoil, the ANU’s School of Music is turning over a new and healing leaf on their scores with the announcement that an ANU Orchestra is being established in 2020.

It’s a welcome new direction under head of school Associate Professor Kim Cunio, who is working to re-establish the School’s longstanding reputation after brutal cuts in 2012 and the departure of two subsequent heads of school, Professor Peter Tregear and Professor Ken Lampl.

One of the key concerns in 2012 was the re-orientation of the School of Music away from the one-on-one tuition model and from the institution’s role as part of the city’s cultural patrimony.

It was announced at the time that teaching positions would be slashed, students would receive an allowance to fund their own one-on-one tuition and courses would be re-oriented towards 21st-century music technology.

Then vice-chancellor Professor Ian Young said the cuts were intended to deal with ballooning debt levels, but they met fierce and continued opposition from many within the Canberra music community who feared for the impact on performance in the ACT.

This week’s announcement that the ANU is launching a new inclusive orchestra that will be open to all students, alumni and gifted school-age musicians will be welcome news as an indicator of change under Professor Cunio’s guidance.

“The community has never forgiven us for not having an orchestra,” Professor Cunio told Region Media. “It was symbolic of the destruction that took place in 2012. We’ve talked a lot about forming this orchestra as the right thing to do for many reasons.

“We now operate a consensus decision-making model at the School, it’s a very democratic process. It has taken a year to make this happen and the staff are really delighted.

“We live and work in the 21st century, but I think anyone would say that classical performance is at the heart of the Music School. We’ve scoped this carefully, taking into account the university’s reasonable concerns about budget, and we are being quite honest about that.”

Professor Cunio added that he hoped to challenge perceptions that orchestras are aloof and elitist by focussing on contemporary, accessible music and performance.

The stated intention is to open the orchestra to students from across the university and offer them training and support.

“Sometimes the best musicians are lost to music,” Professor Cunio said. “For instance, we have students doing medicine and law or studying in many other faculties who have the talent to play in an orchestra. We want to welcome them to play alongside our School of Music students.

“My vision beyond this orchestra is to train a different kind of musician with a larger social awareness and conscience.”

“The ANU Orchestra will create new pathways for emerging orchestral players. We look forward to ongoing cooperation with the School of Music and Music for Canberra,” she said.

School of Music staff and students performed alongside CSO musicians in a suite of concerts in 2018-19.

Auditions for the training orchestra, led by Canberra’s noted conductor Max McBride, will begin in November with a performance season planned for next year.

“It’s a great way to celebrate the ANU School of Music and the central place it has as a provider of music for Canberra and its community,” Professor Cunio said. “To make it really good, we will need the community to make it worthwhile, but truly, making this happen has been like a miracle.” 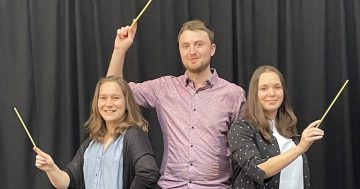