Are most Canberra businesses just buying themselves a job? 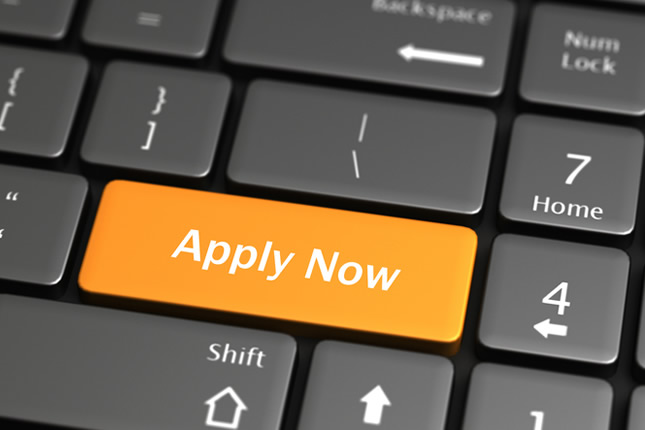 It’s very true. Most businesses are just buying themselves a job. It’s not the case just in Canberra, but all through Australia (and other countries too).

And that’s ok if that was their prime motivation – to work for themselves rather than someone else. But the truth of the matter is that business is damned difficult – it’s a quagmire out there – and why would you put yourself through all that hardship if you just end up paying yourself a wage (often smaller than that you pay your staff), or if you were employed by someone else?

I was reminded recently of the quadrant in Robert Kiyosaki’s book “Rich Dad, Poor Dad”, which divides roles between the four quadrants. Most business owners start their journey, by having a job (often in the Public Service in Canberra), and then they decide to go out on their own, and they end up owning a job when they enter the business realm, and that’s where I believe that 95% of businesses get stuck or worse still, (as we already know), a high proportion of them actually go under. And we’ve seen that in the past few weeks here in Canberra. See the article by Charlotte Harper on the 7th February.

Those who buck the trend, however, and who are beginning to be true entrepreneurs progress to being a “B” type business owner in the graph – one who sets his/her business up in such a way that they can eventually walk away from the coal face of business operations, and their business still flourishes. But these would number less than 10% I would estimate from my experience of interviewing hundreds of businesses. Following on from there, true entrepreneurs are the ones who then move on to becoming investors. These are the ultimate fruits of the entrepreneurial system – and they tend to be not only investors, but serial entrepreneurs who follow their passion and want to create a legacy.

The new owners of The RiotACT would fall into this category, I would say (I hope they don’t mind me saying this). Both of them have built businesses that flourished, eventually sold them and moved on to their next great challenge. Their current challenge (I can assure everyone from first-hand experience) is this innovative project of making The-RiotACT the number ONE digital regional news and opinion platform for Canberra. They are true entrepreneurs who get to play in the most exciting playground of all – the sandpit of newly emerging or re-imagining enterprises – which ultimately become flourishing businesses that can be on-sold at a later date, or simply work really, really well under other management arrangements, or franchise systems. Of course, we can’t omit McDonalds as a shining beacon of entrepreneurship by its founder, but we also have many local firms whose founders were entrepreneurial, like Zambreros, The Canberra Veterinary Hospital, The Canberra International Airport, Capital Chemists, Paperchain Bookstore, ThinkPlace, and many more.

I have just been reading the sequel to the eMyth called “Beyond the eMyth: The evolution of an enterprise from a company of one to a company of 1,000”, by Michael E. Gerber, who has some similar observations to make on what constitutes a “true entrepreneur”.

Both Gerber and Kiyosaki seem to be on a very similar page and both authors are inspirational, to say the least. But for me, the difference between them is their focus. Kiyosaki focuses on creating a life of comfort made possible by developing financial freedom (so important to all of us I would venture to suggest, especially those who come from poverty – and it gives hope as well as empowering people). Gerber, on the other hand, is more about creating a legacy – “a visual legacy, an emotional legacy, a functional legacy and a financial legacy” he points out, like “Sir Richard Branson, Steve Jobs, Ray Kroc and Walt Disney; a legacy that continues to be celebrated by one and all well after they leave this planet for other adventures in other sandpits, as yet unknown”.

In his new book, Gerber goes on to say: “Just because you are DOING business, doesn’t actually mean you OWN a business”. And that’s my question to Canberra Businesses – are you working in your business and not on your business, and what’s a more important question (also posed by Gerber): Are you working ON your life rather than IN it, to create something of great and compelling value – your legacy? Life is too short not to do so.

It certainly made me think about my own legacy. What about you? Please share your thoughts on this interesting aspect of the business life. Are you driven by passion? Or by economic imperatives?

4 Responses to Are most Canberra businesses just buying themselves a job?
Filter
Showing only Website comments

Thanks SimonME30, glad you enjoyed it.
Yes, those guys are inspirational and real ‘big picture’ thinkers who not only made you think but also changed the perspective of many thousands of business owners.
They will always be remembered for leaving a legacy I feel.

Thanks for commenting Grail. I agree with you that many businesses are only in it so they don’t have to work for someone else – and that’s understandable and they have bought themselves a job. But I disagree with you when you say “who cares about leaving a legacy?”
Most of the business owners I have interviewed do care about that.
Having lived your life and done your bit, however small, to adding value in some small way appeals to me.

Great article Suzanne. Gerber and Kiyosaki were my 2 most inspirational authors. I built an accounting business which operated without me at the coalface. I built it with a view to selling which I did achieve. I preferred the kiyosaki approach – the legacy thing went out the window when my brother died from cancer, it puts the whole ego thing in perspective.

> making The-RiotACT the number ONE digital regional news and opinion platform for Canberra.

Well, it is certainly shaping up nicely as an opinion board. Pity about the regional news thing though. They will need to syndicate, or hire actual journalists.

As for the entrepreneurs and business owners: there are many people who have businesses only for the purpose of not working for someone else. At least when running your own business you get to call the shots about customer service, quality of output, work hours, etc.

For most business owners I know, the issue is quality of life in the present, and who cares about leaving a legacy? Running a business is akin to having a street machine project, except the business project probably costs more money 😉

Latoya Wedlake - 2 hours ago
Joel Davies this is prefect.. my birthday coming up soon 🙂... View
Natalie Murnane - 6 hours ago
The two golf courses next door aren't enough? View
Frank Murnane - 7 hours ago
Would need to clear the trees for a chipping green View
News 36

Mac Ka - 5 hours ago
Where is the police? View
Chris Kubank - 1 day ago
Lauren Ogden well said View
Randy Goldberg - 2 days ago
Domenic Fabbo three to six months or more. Basically, it'll be in place (if not stronger measures) until there is a working v... View
News 24

Elroy Jones - 7 hours ago
Bill Pappas a new hospital is on its way in Woden and another one was built last year. No vested interests other than making... View
Community 3

Shirley Troy - 13 hours ago
Hope the strengths of community spirit ,awareness and support continue when this Crisis is over. View
Scott Bowen - 24 hours ago
This is amazing news! View
Anne Atherton - 1 day ago
Love our community spirit View
Community 7

@The_RiotACT @The_RiotACT
Investigations into community transmission are continuing as Canberra records three new cases of COVID-19. ACT Health is tracing all contacts for one patient who has no recent travel history https://t.co/3QzLmoHh5s (1 hour ago)

@The_RiotACT @The_RiotACT
ACT Government could take up equity stakes in some of CBR’s biggest tourist attractions in a bid to keep struggling tourism sector afloat https://t.co/Ei7pQK6XpD (2 hours ago)