Are we there yet? Yep, Canberra Beer Week 2016 starts tomorrow!

Canberra beer lovers have been counting the days since they heard that Canberra Beer Week was going to run for ten whole days this year! It starts tomorrow and runs until Sunday 13 November.

At the launch a few weeks ago it was announced there would be THIRTY EVENTS across TWENTY VENUES involving almost FORTY BREWERIES. Canberra Beer Week will encompass ten days of tap takeovers, beer dinners, beer trivia nights, meet-the-brewer events, brewery tours, the ‘Beer Day Out’ Craft Beer Festival, and a whole lot more. 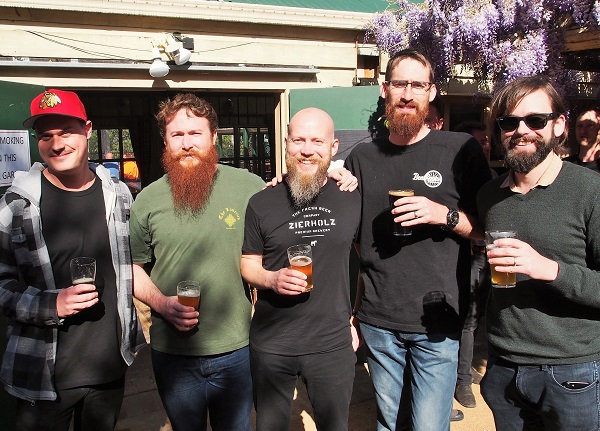 The full program is available here, but highlights include:

The Durham & Bacchus: Meet the Brewer

Meet the face behind Bacchus Brewing Co., the Heston Blumenthal of the Australian craft beer scene, Head Brewer Ross Kenrick. Learn about his craft while sampling some of the most interesting and flavourful beers in the country from this award-winning micro-brewery. This is a free event.

Join us for live music, great food and, of course, glorious beer, as we throw open the doors to BentSpoke Mitchell’s Cannery to the public for the first time. Food by Cooking with Beer and Strictly Ballroom star Paul Mercurio and BentSpoke Head Chef Matt Morrissey. This is a free event.

Try a sizzling combination of home-made sausages paired with cider as it should be made by Small Acres. Everyone knows pork and apple is a winning combination, but there are some extra surprises to tempt your tastebuds at this extra special BBQ. Farm tours are also available. Free event (with food on sale).

Beer Day Out 2016 will showcase over 25 Australian and international craft breweries. Enjoy a range of beer and cider with entertainment, food matching and information sessions. $20 + BF. Bookings essential. 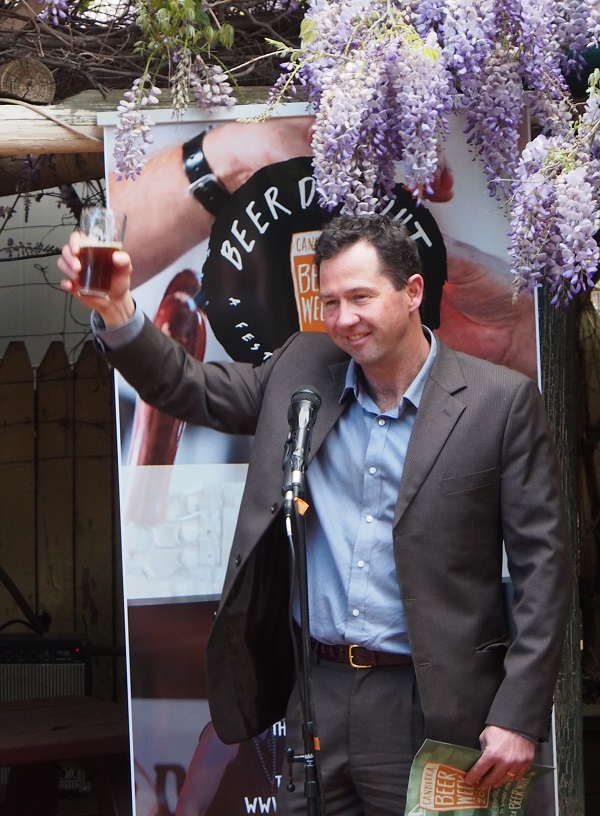 Where: All over Canberra over 10 days
Opening hours: Check opening times at the individual events listed on the website.
Website: www.canberrabeerweek.com
Social media: Find them on Facebook

Elias (aka CBRfoodie) Recommends: Canberra Beer Week is a great time to pack up your home brew kit and take a respite from kitchen duties and try a few new brews that you haven’t tasted before. No excuses for beer lovers!

Julie Macklin - 1 minute ago
Nada Krstin Did you bother to check the percentage of actual informal votes before making that comment? Depending which state... View
Julie Macklin - 5 minutes ago
Nada Krstin You just have to look at the election of Trump and the interest groups that helped put him in power to see how ba... View
Julie Macklin - 9 minutes ago
Mark Newman, wrote, "I think voting should be proportionate to the amount of tax you contribute." This varied, but before Fed... View
Business 24

Mike of Canberra - 24 minutes ago
Mr Parton, you are not a social worker, you are a politician. As such, you are well placed to demand a complete overhaul of H... View
Sport 3

Catherine Sanders - 1 hour ago
Micknali Weyman you going? View
Greg Pearce - 4 hours ago
Julia Cook, Hannah Pearce, Georgia Pearce & Leslie Cook for you know who.... View
Lucas Hayden - 8 hours ago
This is one of the best facilities ive ever seen...... I am not a "horse" person but I almost became one just walking around... View
Opinion 64

Jeff Smith - 6 hours ago
Did you know the small Taylor public Primary school in Kambah is above capacity whilst the nearby combined Primary & High sch... View
Kathy Sepulveda - 8 hours ago
Jessie Nicho I'm a little late to this but I agree with you 100%. All the money is going into the Northside Public Schools an... View
show more show less
*Results are based on activity within last 7 days

A man allegedly caught with a massive haul of cocaine valued at up to $180,000 has been accused of operating...
Business 24

@The_RiotACT @The_RiotACT
The @gg_australia got on his bike to support an Integra Service Dogs Australia cross-country charity ride https://t.co/LFB6Gl7Ooi (5 hours ago)