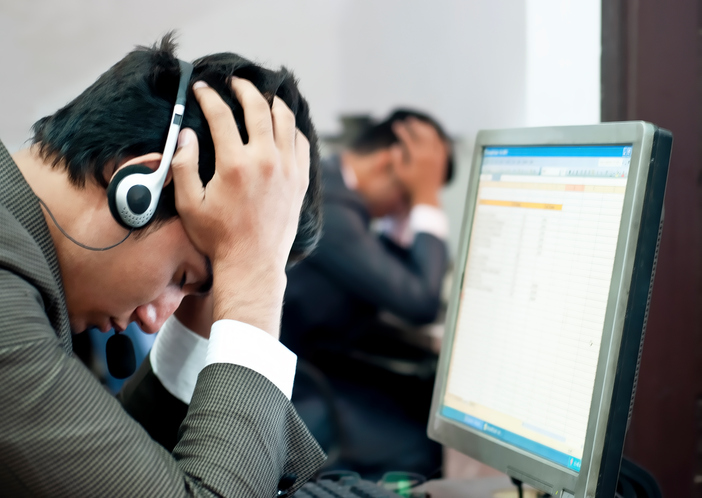 Had my experience with Telstra. A neighbour’s gain was our loss, no landline, no computer. The four people spoken with over 90 minutes through the mobile were polite, helpful and had reasonable English but no, a technician was unavailable for ten days. Verbal and written DIY advice, when the latter arrived, might well have been in a foreign language.

And on television last month a Federal government minister advised the public to contact Centrelink to sort out “robo-debt” problems. The audience laughed at him. Meanwhile here in Canberra ActewAGL continue with account “guesstimates” instead of meter readings.

In each case we have a diminution of service, apparently a lack of staff to handle issues or to handle them promptly, which we are paying for through taxes or charges.

How do these large organisations get away with such contempt for the public while shamelessly telling us how important we are as their customers/clients. What are authorities or parliaments doing to protect the community from such arrogant shabby treatment?

Refunds, adjustments and apologies when the matters are as massive as these do little to inspire confidence and the regularity of the incidents suggest either there is no solution to whatever is happening or management have decided to ignore criticism.

The answer is both. Criticism can be ignored because there is nothing the ordinary punter can do about it because changing suppliers, if this is possible, probably will result in much the same, while everyone knows more staff is required, but that will not happen.

Now in the technological age, everything is large and operates with far less human involvement. And seeking to save more money the operators decided to save even more wages by having the customer do the work: repair the phone and the computer, negotiate themselves with Centrelink, read your own meters. If mistakes occur, keep pushing the shadow rather than the substance of what you are providing by advertising how good your organisation is and ignoring the hiccups, you are too big to fail.

We are not as smart as we think, which is why the system does break down. The really sad aspect is the failure to recognise we also are not all computer literate nor educated enough to understand official documents, and yet we are expected to do so. There is a complete – and worrying – lack of common sense and recognition of human differences among those who plan and produce these procedures.

We are captives of progress and the more progress is achieved the more people will not keep up. A recent article reported one-third of Australian houses had only one occupant. Are these people, largely in the older age bracket, all competently dealing with Telstra, Centrelink and reading their own meters?

Governments should recognise this growing problem and factor in a human frailty recognition aspect to their programs. A start could be made in Canberra by the ACT administration’s ActewAGL members forcing this organisation back to reading customer’s meters.

SP Brogues - 42 minutes ago
All that landfill View
Vickie Saunders - 12 hours ago
Not seeing a face makes one confused. Clarity pays off. View
Lorraine Marsh - 13 hours ago
Fed up seeing them all over canberra. One will do.... View
ACT Election 27