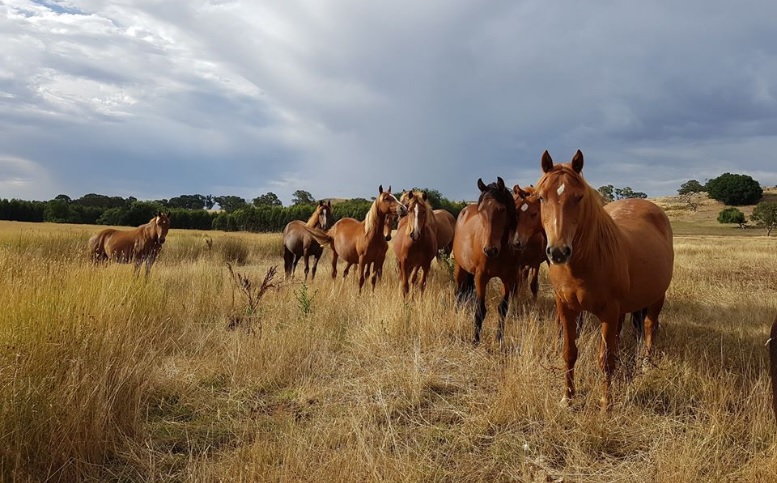 Victoria’s iconic alpine brumbies, which were due to be culled by shooters from Monday, 18 May on behalf of the Victorian Government, have won a reprieve.

The intervention comes in the middle of heated debate over plans to manage 4000 wild horses in the northern sections of the Kosciusko National Park and wilderness on the NSW and ACT side of the border. While current NSW Government proposals include rehoming the horses, NSW Environment Minister Matt Kean has consistently refused to rule out some shooting as a possibility.

A last-minute legal intervention by Omeo-based mountain cattleman, Phil Maguire, helped convince the Victorian State government to refrain from embarking on its shooting program until June 1.

Mr Maguire and his wife Louise made an urgent application to the Victorian Supreme Court on Sunday night to prevent the planned cull.

The injunction was not required in the end because the government agreed to halt the program pending a court case on Tuesday, 26 May. Depending on the outcome of the case, the shooting may never happen.

Mr Maguire said his objective was to have brumbies added to the National Heritage List and managed sustainably and humanely. Where numbers are found to be excessive, he would favour rehoming the horses.

The brumbies due to be killed were located in the far east of Victoria between the high country town of Benambra and the Snowy River.

Mr Maguire, whose alpine grazing property borders the Bogong unit of Alpine National Park is also fighting to save the Bogong brumbies from eradication.

He said these horses have important heritage value with a proven genetic link to Walers ridden by Australian Light Horse troops in the Middle East during World War 1.

Bogong brumbies are descended from horses bred on the Bogong High Plains by the McNamara and Young families for the Waler trade. The two families used to graze up to 3000 head on the Bogongs, and muster about 600 every year and drive them to the Wodonga Waler sales. Colts were allowed to breed before being gelded and sold.

Mr Maguire is planning to muster the 100 remaining Bogong brumbies and depasture them on his property until another solution can be found.

Comment has been sought from Parks Victoria but About Regional has not received a response to date.

Fantastically selfish outcome for Mr Maguire and his romantic dreams, which don’t in any way have to bear the bottomless costs and visible futility of “rehoming” and “sustainable management”.