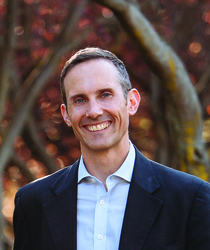 Andrew Leigh is the Shadow Assistant Treasurer and Federal Member for Fenner in the ACT. Prior to being elected in 2010, Andrew was a professor of economics at the Australian National University. He holds a PhD in public policy from Harvard, having graduated from the University of Sydney with first class honours in Law and Arts. Andrew is a Fellow of the Australian Academy of Social Sciences, and a past recipient of the 'Young Economist Award', a prize given every two years by the Economics Society of Australia to the best Australian economist under 40. His books include Disconnected (2010), Battlers and Billionaires (2013), The Economics of Just About Everything (2014) and The Luck of Politics (2015). Andrew is a keen marathon runner, and hosts a podcast titled "The Good Life", which is available on iTunes.

Andrew is the father of three sons - Sebastian, Theodore and Zachary, and lives with his wife Gweneth in Canberra. He has been a member of the Australian Labor Party since 1991.

Territorians should not have their rights restricted

Canberra’s had enough of the slow train to Sydney

Peter Jovanovic - 49 minutes ago
So if it all gets too hard for the parasitic landlords and their parasitism isn't as lucrative as they hoped they'll just dem... View
tuggeranongist - 50 minutes ago
You are mistaken on both of these points. Section 64B(1)(b) of the Residential Tenancies Act makes clear that rent can be inc... View
Peter Jovanovic - 52 minutes ago
Jilly Beans big bootlicking energy there. View
News 225

Kit Oates - 1 hour ago
Sounds like it could use reviewing to ensure its safe, though given the extent of the damage I have a strong suspicion that i... View
Rebecca Russell - 2 hours ago
Francie Bennett yeah I did too . View
Donna Robinson - 2 hours ago
A big Happy birthday to my dear friend Anne. Have great day View
News 8

John Moulis - 1 hour ago
That's rich. The backflip was caused by the plainly inequitable position of New South Wales reopening retail while shops in t... View
dingus_maximus - 3 hours ago
Not to mention, halfway through our lockdown, moving the vaccination rates to include 12 and over where every other jurisdict... View
chewy14 - 4 hours ago
JC, Yes, the national plan that NSW are following more closely than Barr and the ACT government were and are. The national pl... View
News 3

ChrisinTurner - 1 hour ago
It is interesting that our governments promote densification while at the same time moving government services away from the... View
austted - 4 hours ago
This is a mean and miserable decision that makes the Centerlink service in Canberra go from bad to worse. Probably happening... View
Brianna - 6 hours ago
This is going to be a disaster for so many vulnerable people who live in the city and it's closer surrounds. I know for a fac... View
Property 42

Dale Janssen - 2 hours ago
Greg Myat the speed limit was dropped from 60 to 40. View
News 1

chewy14 - 5 hours ago
The Federal Government has paid out hundreds of billions of dollars of support payments throughout the pandemic so to claim t... View
show more show less
*Results are based on activity within last 7 days

Have you seen Robert Humphreys?

@The_RiotACT @The_RiotACT
Chief Minister Andrew Barr said the ACT's new pathway out of #lockdown was triggered by hitting the 80 per cent #vaccination target and not a response to changes in NSW https://t.co/ZVeJRxndHb (58 minutes ago)

@The_RiotACT @The_RiotACT
It's been quite a journey for the Nimmity Bell, but the tiny #Monaro community will finally #celebrate on Saturday after a long and improbable saga https://t.co/8xTA8gFR4V (3 hours ago)