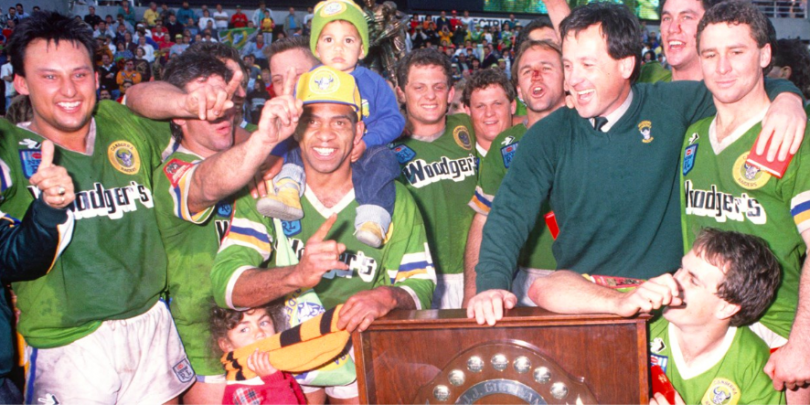 Legendary rugby league coach Tim Sheens is set to return to the NRL with Wests Tigers in the coming weeks, 25 years after he departed the Canberra Raiders.

Having spent the past four years in England coaching Hull KR and then Widnes Vikings, the 70-year-old will take up a role at the Tigers in player recruitment, retention, pathways and junior development.

It’s hard to believe it’s a quarter of a century since super coach Sheens left the national capital for the North Queensland Cowboys, but his legacy of success is as enduring now as the day he walked out the door of Raiders HQ.

Having joined the Raiders from the Penrith Panthers in 1988, Sheens oversaw an intensely successful period for the club that included three premierships – in 1989, 1990 and 1994 – and saw the Green Machine boast an exceptional roster of generational players.

During his time at the helm of the club, his vision and pursuit of excellence elevated the Raiders to the pioneering benchmark for how modern rugby league was to be played.

His legacy is not only cemented by his coaching premiership success – the 1994 title being the last first-grade addition to the Green Machine’s trophy cabinet – but the influence he had on players under his tutelage.

You only have to look at the high number of current NRL coaches who played under Sheens for evidence of that influence. The most obvious is Raiders coach Ricky Stuart, as well as Melbourne Storm’s Craig Bellamy and Wests Tigers’ Michael Maguire.

All three men have won NRL premierships as coaches. Bellamy has hoisted multiple trophies at the Storm and is regarded as one of the best of all time, while Stuart won in his debut year at the Sydney Roosters in 2002 and Maguire at the South Sydney Rabbitohs in 2014.

Current Cowboys coach Todd Payten made his first-grade debut at the Raiders under Sheens in 1996 and also won an NRL premiership ring with him as a player at the Tigers in 2005.

Broncos coach Kevin Walters was a member of that 1989 premiership team.

Of course, 13th immortal Mal Meninga captained the Raiders in those three iconic premierships and took over as the club’s coach from 1997 until 2001. He is also Queensland’s most successful State of Origin coach and is the current Kangaroos boss.

Other Raiders players from that era to forge coaching careers, with varying degrees of success, include Laurie Daley in State of Origin, David Furner in Canberra, Ivan Henjak at the Brisbane Broncos, and Dean Lance at the Perth Reds and Adelaide Rams in the 1990s.

From Sheens’ coaching stints at the Cowboys, from 1997 to 2001, and the Tigers from 2003 to 2012, other players to study his teachings and make careers with the clipboard and whistle are current Queensland coach Paul Green, Brett Hodgson at UK Super League’s Hull FC, and former head coaches Simon Woolford (Huddersfield, Super League) and John Morris (Cronulla Sharks).

That’s a lot of next-generation coaches who tip their hat to Sheens for their rugby league education.

His innovative approach and willingness to experiment with new ideas, training techniques and recruitment made him elite property, and some of the methodologies were outlined in a VHS released by the Raiders in the early 1990s, entitled The Winning Ways of Rugby League. 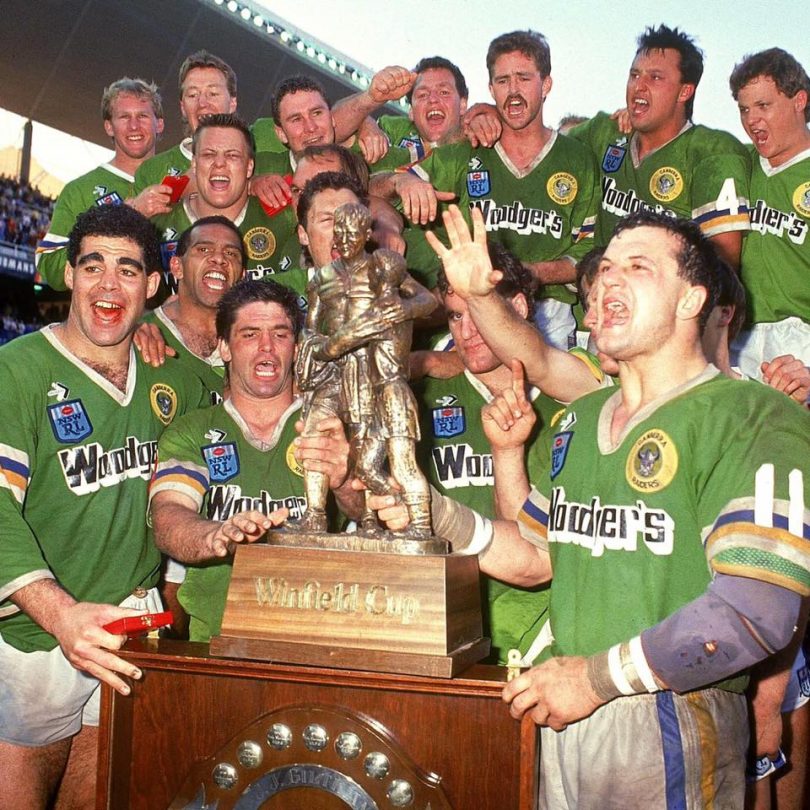 “They would openly say they were experimenting on us to see what worked. Some worked, some didn’t. That video was on the back of all the training and creativity we did. It was very innovative at the time, and it made things exciting.

“We felt we were always trying to improve, and it made us better players.

“That way of operating gave me perspective on how I should coach by being creative and thinking outside the square. You don’t have to keep doing what everyone else is doing to be successful.

“You only have to look around at many coaches in the NRL – a lot of them played at the Raiders.”

Stuart was always a keen student of Sheens during his playing days, and the two men are still close. Much in the same way Phil Gould, Warren Ryan and the late Bob Fulton are/were sought after within the game for their rugby league intellect long after giving away head-coaching, Sheens remains a sounding board for the current Raiders mentor.

Despite the legendary feats of Sheens during the Raiders’ glory years, it’s the 2005 premiership win with the Tigers that is arguably his crowning achievement.

To take the battling joint-venture club from rag-tag strugglers to NRL kings with a bunch of serviceable first-graders and a smattering of rising superstars such as Benji Marshall, Robbie Farah and Scott Prince was nothing short of incredible.

It’s this history with the Tigers, and the fact his tenure there was his longest as a coach, that emotionally ties him to the club and helped secure his homecoming.

Without knowing whether he would ever be interested in a Raiders reunion, it’s a shame his return to Australia from England couldn’t see him back in Canberra colours to again spread his rugby league wisdom.

Bring back the SCRUM, I say!!!

And instead of giving up on – start nailing the thugs who use it to injure opposing players.

And, the coaches who teach them how.

Played RL for my state High-School in the Newcastle region form age 15 on, both under 10 stone – and no weight limit teams – Two games each Thursday!!!!

Effective, clean tackling, using the opposing bloke’s weight is great fun, once you know how.

Done right it can hurt, or at least surprise and demoralise. Something I learned my first tackle and first game ever – against Belmont High.

Their Captin came barrleing up to me, and I simply did what my three brothers had taught me. Under the palm-off and just below the hips! Thump and he took a while to get back up.