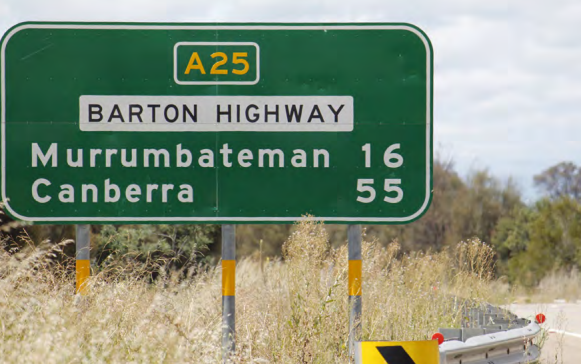 The upgrades to the Barton Highway at Kaveneys Road, Jeir, have paused to allow more community consultation to occur. Photo: File.

Works on a section of the Barton Highway at Kaveneys Road at Jeir have been paused to allow further community consultation on culturally significant sites, with a potential road redesign being considered.

It follows a significant campaign from the Onerwal Land Council, environmental groups and Aboriginal elders who feared the destruction of culturally sacred trees at several places along the road, including a spirit circle at this particular grove.

A spokesperson for Transport for NSW said the works at a grove of interest near Kaveneys Road had been paused to allow for further investigations to be carried out and the next steps to be considered.

“Transport for NSW takes its obligations to the environment and the local community seriously and is continuing to work with local Aboriginal community groups on upgrade plans for the Barton Highway,” the spokesperson said.

Investigations are underway about a possible change to the road design to minimise impacts to the items of cultural significance.

“Transport for NSW will provide more information to the community when an outcome has been reached.”

Ngunnawal elder Wally Bell has previously told Region Media that a culturally significant formation of trees known as a spirit circle can be found at Kaveneys Road at Jeir where the road joins the Barton Highway.

Mr Bell said this natural formation of trees would once have been where his ancestors would have camped when they journeyed along the pathway where the Barton Highway now runs.

Mr Bell also said that when initial consultations had occurred between Transport for NSW and Aboriginal parties, they had been unable to access this site.

The Onerwal Land Council has previously argued that the Barton Highway design can be amended to bypass the cultural trees.

ACT Minister for Heritage and Environment Rebecca Vassarotti has also weighed in on the matter, writing to her NSW counterparts in mid-September asking for an explanation of the role the NSW Government has played in ensuring the protection of these cultural trees.

Ms Vassarotti said while she is still yet to receive correspondence back from NSW in regards to her letter, she was glad that Transport NSW has listened to community concerns.

“Indigenous leaders and environmental advocates have campaigned to stop the destruction of cultural trees near the proposed Barton Highway duplication, so I am glad to see that construction has been paused while investigations are carried out and next steps are considered,” Ms Vassarotti said.

“This is a win for the community, but it is only the first step. It is vital that First Nation’s heritage is not destroyed without other options being assessed.”

The $200 million project is being jointly funded by the Federal and NSW governments who have both committed $50 million apiece for the first stage of works.

The Minister has claimed “This is a win for the community”, well no, the people have wanted the Barton Highway duplicated for years, and another delay is not a win.

Just recently a fake claim of cultural significance was dismissed in Campbell.
https://the-riotact.com/doma-groups-foothills-project-gets-green-light-after-report-dismisses-aboriginal-heritage-claims/445856

If TfNSW had done their surveys thoroughly in 2011 and 2018 and YVC hadn’t changed the upgrade from the East to the West no Cultural Heritage would be at risk and hectares of critically endangered habitat would have been protected. The delay is 100% the Govts fault state and local. 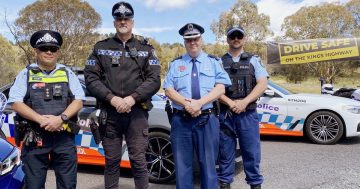