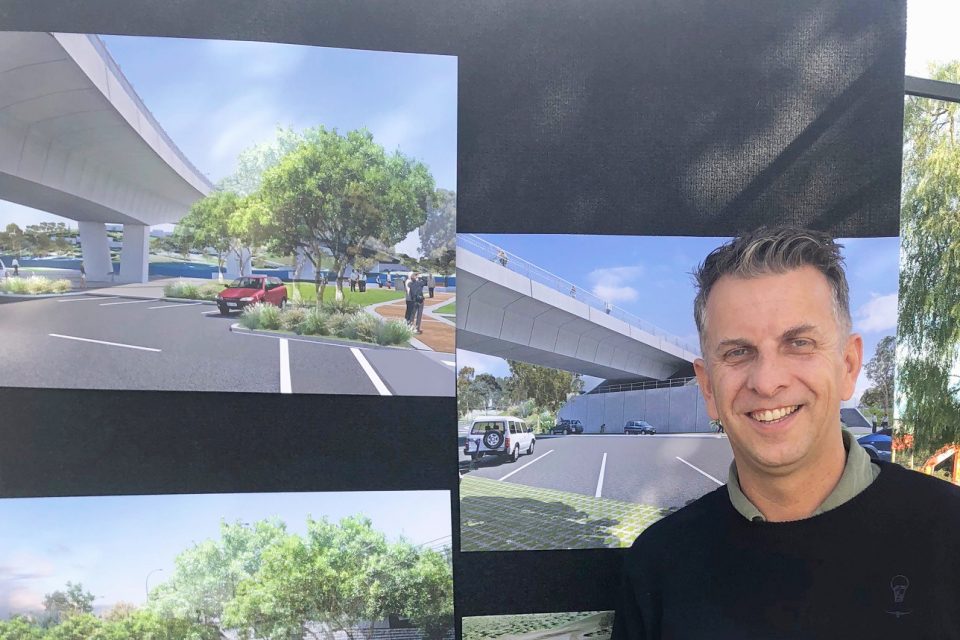 Designs for the new southern and northern foreshores of the Batemans Bay Bridge replacement project have been revealed and member for Bega, Andrew Constance hopes the community will take the opportunity to provide feedback.

“The replacement of the Batemans Bay Bridge is the largest project to be undertaken in this region so far, but it is important these spaces are what the community want and need,” he says.

An online interactive map has been created for people to easily view the features and have their say on the improved foreshore areas.

Mr Constance says, “The design of each foreshore balances the amount of green and parking spaces, provides more recreational and children’s play areas, allows better access to the river and opens up opportunities for events.”

In launching the draft designs, Mr Constance assured the community that a slice of the current bridge will remain on the foreshore with tributes and local history in the form of sculptures and a public mural.

“An improved T-wharf on the southern foreshore is also included in the plans and will feature two floating pontoons, with one on either side to deliver better access between the river and town and a major increase in mooring length,” Mr Constance says.

“The foreshore designs are part of the Urban Design and Landscaping Plan for the project, also released today.

“Improvements made to the foreshores followed valuable input from the Foreshore Advisory Committee and I thank them for their time and efforts with these designs.

“The committee has worked with the project team since October 2018 and played an important role in advising Roads and Maritime Services on a foreshore design,” Mr Constance says. 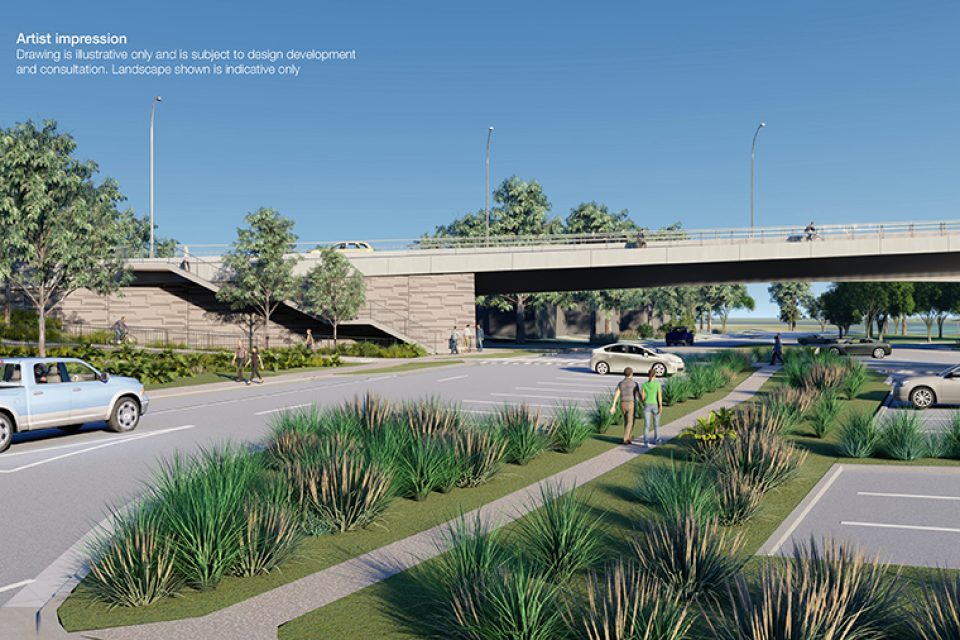 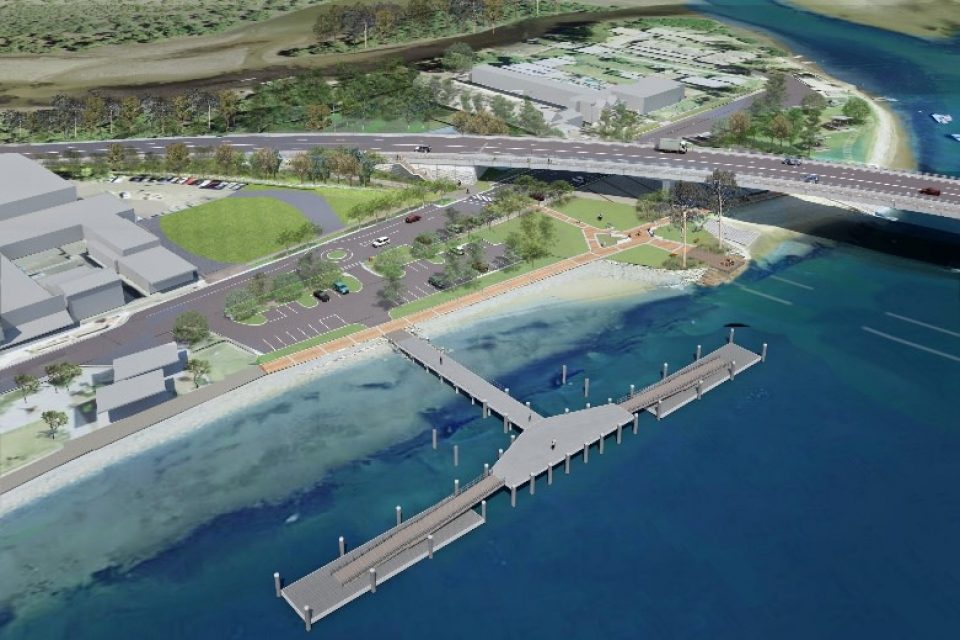 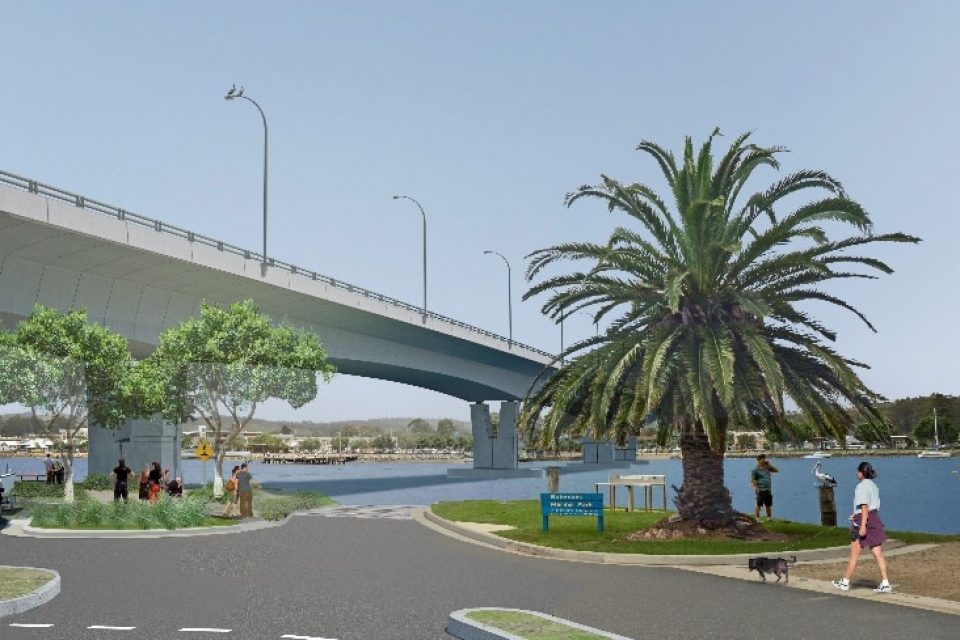 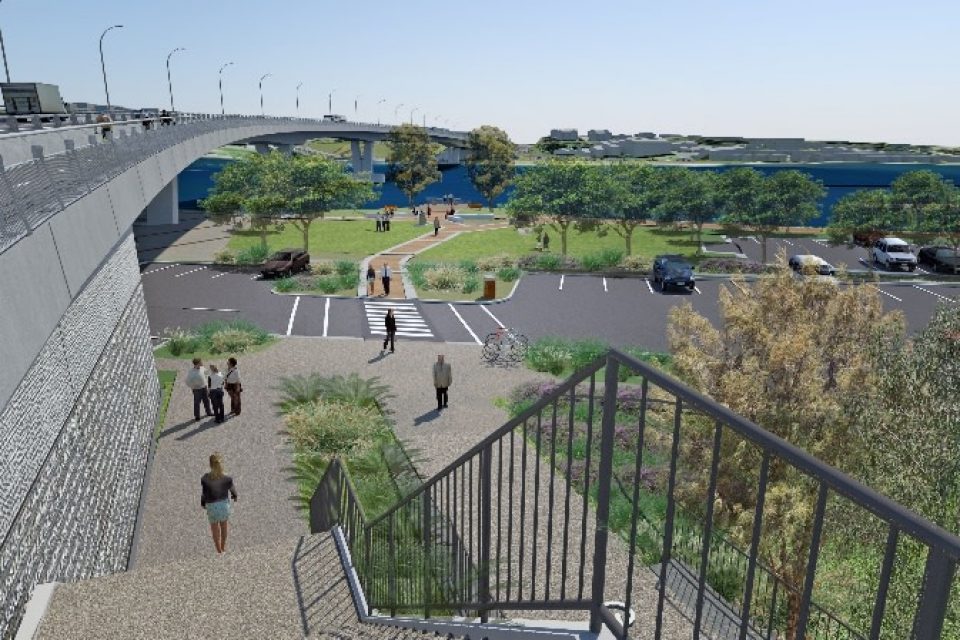 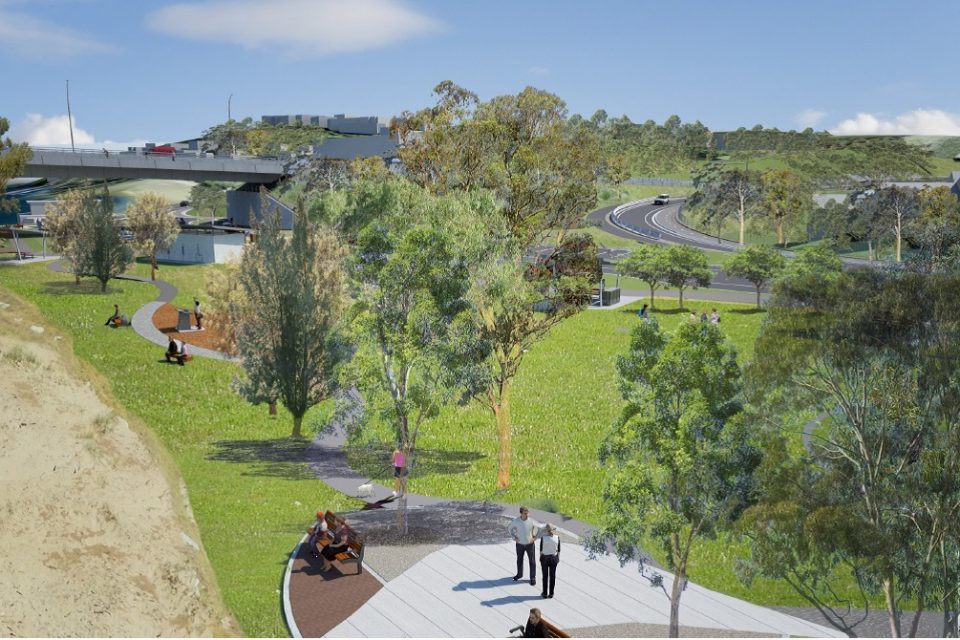 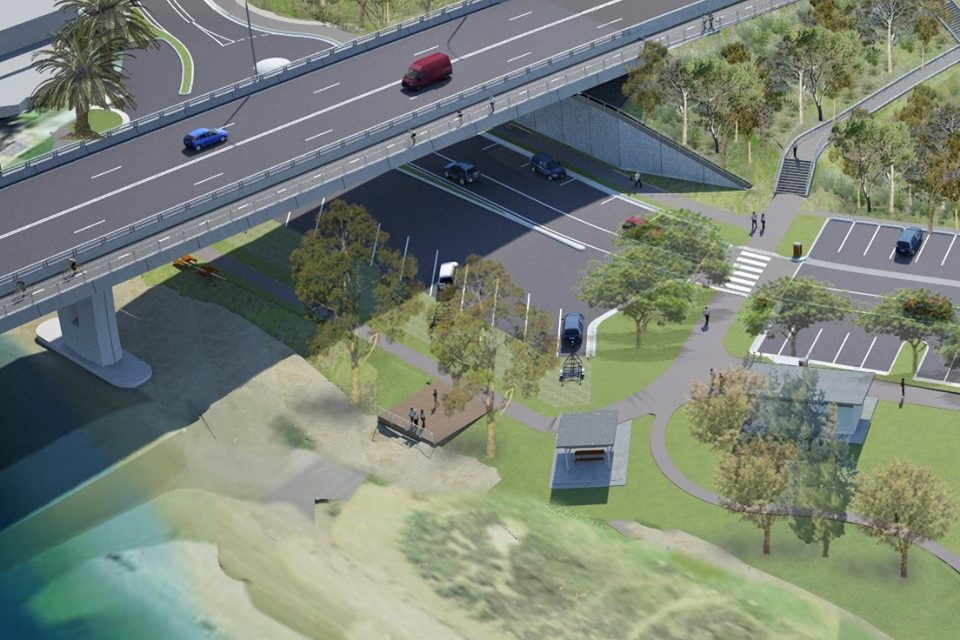 Three community drop-in sessions are planned to give more information and details about the plans:

NSW Roads and Maritime Services advises there will be temporary lane closures in place for workers to inspect the bridge.

Work will be carried out between 8 pm and 6 am today (June 17) and into tomorrow weather permitting, to minimise impact to motorists.

Motorists are advised to allow an additional five minutes travel time, to drive to the conditions, and follow the directions of signs and traffic control.

I was down there recently, and thought how tired the place was looking. This will bring life back to the Bay . I'm a bit sad the old bridge has to go though.

I’m upset they’re getting rid of the old bridge. That design was used in several places in NSW during the 1950s including in my old home town Taree (the Martin Bridge over the Manning River).

The Batemans Bay bridge is of added heritage significance because it is the only one which still has the lifting mechanism still intact. It was removed from the Martin Bridge in 1979 and other bridges around the same time.

I wish they would work on the empty and chaotic shopping area.

While all amicably sensible, a tinge of sadness to see the heritage bridge be removed. Please make the commemorative statue significant.

Nicholas Clarke Linda Clarke you guys know about this?

Long overdue and 110% better. ACT should pay for it though- since it’s mostly the Canberrans that use it😜

I thought that absentee home owners were with the exorbitant rates that they pay! 🤭

Allan Moore that was a joke

Have a look Leon

Thanks, I hate it

Gin - this is what all the construction at the bay is for...

Looks superb Rob trying to picture it out from yesterday 😅

Have you seen this Llew?

Allison Mott seeing a lot of building happening every weekend- not so sure I love the new modern look- I love the old bridge - but progress must...

Nassis Sgouros did they consult you personally?

retep - 10 hours ago
*sourced. Geez it's a rough day.... View
retep - 10 hours ago
Applause. Thanks for your efforts. We too try to alleviate our energy use in similar ways. Also agree with your observations... View
HiddenDragon - 12 hours ago
Canberrans (particularly those without the income of a professor or an MLA) who are still absorbing the recent news about a b... View
News 4

Paul Leins - 10 hours ago
Chinmoy Misra so you're saying *you* can't maintain a reasonable speed in built up areas without some kind of ridiculous urba... View
Jeff Shapiro - 11 hours ago
Ken Owers you need an idrive adapter or buy a Mercedes View
Chinmoy Misra - 11 hours ago
Paul Leins Congratulations. You missed the point entirely.... View
Business 63

assiduous - 11 hours ago
A scheme like this is akin to rearranging the deck chairs on the titanic, as opposed to meaningful reforms, planning and infr... View
Ann-Maree Jacobs - 12 hours ago
Four tries every time The site is down ! View
Community 4

chewy14 - 12 hours ago
Astro, I've literally explained what type of campaign i'm describing. A political one designed to make the opposition to the... View
Diana Napier - 13 hours ago
It's not a museum. That's the point what they are building is a ballroom for men who never had one.... View
News 66

Alicia Conley - 14 hours ago
Liberals on a local level people. Get them in... View
News 1

ChrisinTurner - 17 hours ago
I had to look up stealthing on Google. Seems to have changed the whole intent of the word "stealth". The mind boggles with th... View
show more show less
*Results are based on activity within last 7 days

@The_RiotACT @The_RiotACT
Gungahlin is often seen as the new part of Canberra, but some locals have lived their whole lives there. The town centre is already big and it's still growing https://t.co/Kqq2xR1Mmm (10 hours ago)

@The_RiotACT @The_RiotACT
Opposition Leader Elizabeth Lee said she has received "a huge amount of interest" for her stealthing bill, which she says is a positive first step to raising awareness about "the existence of such a heinous practice" https://t.co/YQDtFOWLYU (12 hours ago)

@The_RiotACT @The_RiotACT
The 2021 Kite Festival is an opportunity for everyone to participate in an ancient Indian tradition, and hopefully feel some sun during a winter hibernation https://t.co/hR5Nmvb6Bz (14 hours ago)