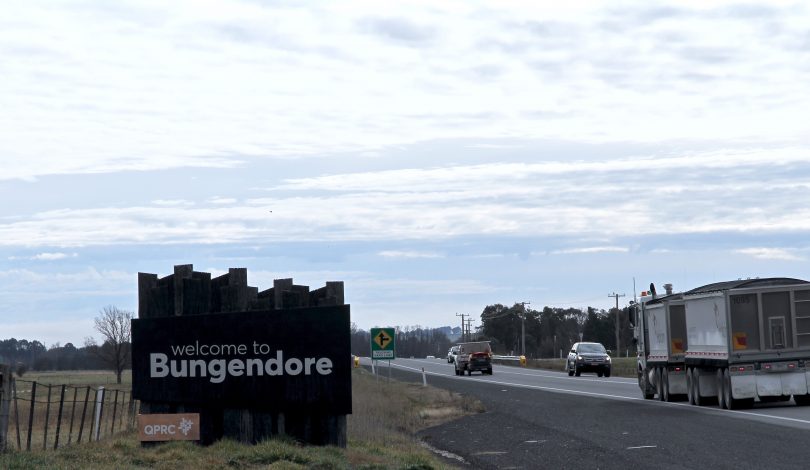 Welcome to Bungendore, which is open for business as the village becomes a town. Photo: Michael Weaver.

“In Bungendore, we just don’t feel like we have a voice,” said former councillor Judith Turley, who was part of the Palerang Shire Council before its merger with Queanbeyan in 2016. “It’s our own fault, let’s face it.”

However, the voices in Bungendore are getting louder as people from the surrounding areas of Bywong, Wamboin, Sutton and Carwoola also have their say.

Some people are long-term residents who want to keep Bungendore the way it has always been: a village.

Bungendore is a steadily growing town that is predicted to triple its population in the next 30 years – according to the Bungendore Structure Plan – from about 4600 in 2019 to around 12,000 by 2048 as part of a ‘high growth scenario’.

Queanbeyan-Palerang Regional Council (QPRC) Mayor Tim Overall said the focus for Bungendore is to retain its heritage while balancing the need for medium-density housing.

READ ALSO: Council calls for Bungendore to be like Braidwood

At the heart of the town is a passionate community, but one without its own community association as can be found in nearby Bywong, Wamboin and Braidwood, the latter of which lobbied for a $400,000 playground at Ryrie Park, which opened in 2019.

On the agenda in Bungendore is a long-awaited high school near Mick Sherd Oval, a sports hub on the town’s western edge, and a car park where battlelines are being drawn over QPRC’s purchase of green space to make way for the facility in the town’s centre.

There is even indecision about whether a proposed roundabout should have a garden bed.

READ MORE: Bungendore gets its high school but not everyone’s happy about the done deal

A motion last week by Greens QPRC councillor Peter Marshall asked council to cease clearing elm trees leading to the proposed sports hub. However, because he was unable to get someone to second the motion, it never saw the light of day.

The trees were cleared last week. 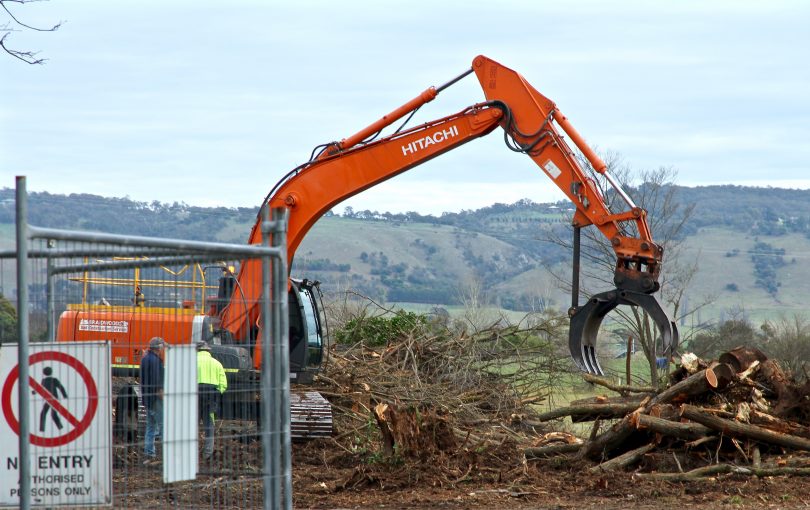 Councillor Mark Schweikert is a Bungendore resident and he told Region Media the town’s heritage is not being altered by the current works.

“The idea is to promote Bungendore to tourism,” he said. “That can’t be achieved if there is nowhere to park, no sporting facilities and the town floods every time we get big rains.

“We do need an injection of heritage funding as there is no reason why Bungendore couldn’t become to Canberra what Bowral is to Sydney.”

Mr Schweikert doesn’t support people pushing to retain the village green, which has been sold to council to make way for the proposed car park.

“I support the car park 100 per cent,” he said. “It is absolutely needed. There is still plenty of green space, such as Frogs Hollow, the Turallo Creek corridor and Elmslea Ponds. The new sports hub will also open more green space to the community than ever.

“Many people don’t seem to realise there is no existing/established village green on the site of the car park. It would seem someone has recently landscaped the area to manipulate opinion, but up until recently it was the scrubby back ends of two properties council subdivided, which has been on the public planning agenda for more than six years.”

Alix Burnett, who runs a business on Malbon Street (Kings Highway), says there is no car parking issue in the town, and construction of the new car park would only further hurt businesses hit hard by the past summer’s bushfires and COVID-19.

Ms Burnett and a group of concerned residents have formed the Bungendore Residents Group, but are having limited sway when it comes to influencing the QPRC decision-making process.

The group has also taken its concerns to the town’s local newspaper, Regional Independent, which has been steadfast in refusing to publish letters to the editor.

The group says it has more than 400 signatures on a petition to keep the village green where it is and held a public meeting about the proposed car park on Friday, 21 August. 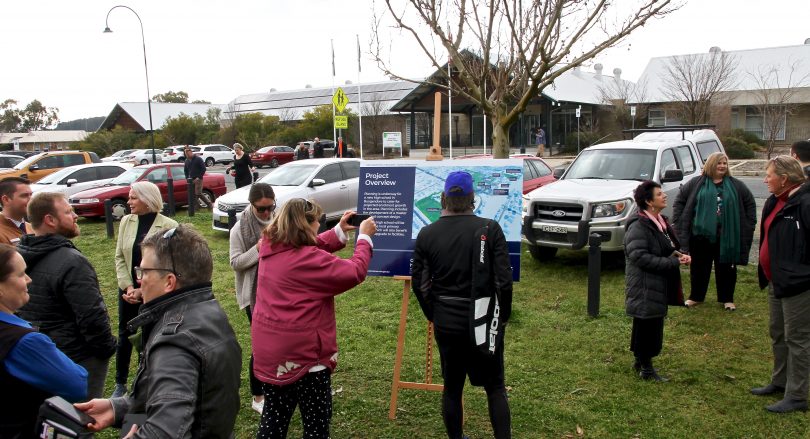 Judith Turley, who runs Millpost Farm, just out of Bungendore, said concerns about proposals in the town are not being listened to.

“We’ve seldom had many councillors from the village and we don’t have a community association, but this issue of the village green and car park has brought a lot of people together,” she said.

“We didn’t make the protest about it when council was consulting; we should have done it then, but it isn’t too late to change and it will change if there’s a motion before council.”

Mr Schweikert also said people have only been taking an interest in local government affairs after it’s too late, despite numerous public exhibition periods.

“There is no representative group and those that do exist seem to have a pecuniary interest in the development or otherwise of the town,” he said. “It’s a shame to see as there are a lot of good people who have the town’s best interests at heart who are being hoodwinked by special interests.”

Tina Edwards - 43 minutes ago
They only upgraded it a year or so ago!!🤔 View
News 19

Karen Feng - 3 hours ago
4-day work week. Those that meant 3 of those days are double pay. or does it meant we are paid one day less View
Bianca Rossetti - 4 hours ago
I prefer more flexibility options rather than stating 4 days working.. nsw are looking into school hours changing, maybe this... View
Daisy Rue - 5 hours ago
We think yes. As long as schools get adjusted to it as well. And we make sure, those that no one gets left behind in the gap... View
Property 15

John Moulis - 10 hours ago
Those of us with long enough memory can remember in 1981 before self-government, how the Liberal Minister for the Capital Ter... View
show more show less
*Results are based on activity within last 7 days

@The_RiotACT @The_RiotACT
Will a childcare centre save or signal the demise of the historic Ginninderra Village? https://t.co/v3CCMR1ezD (6 hours ago)