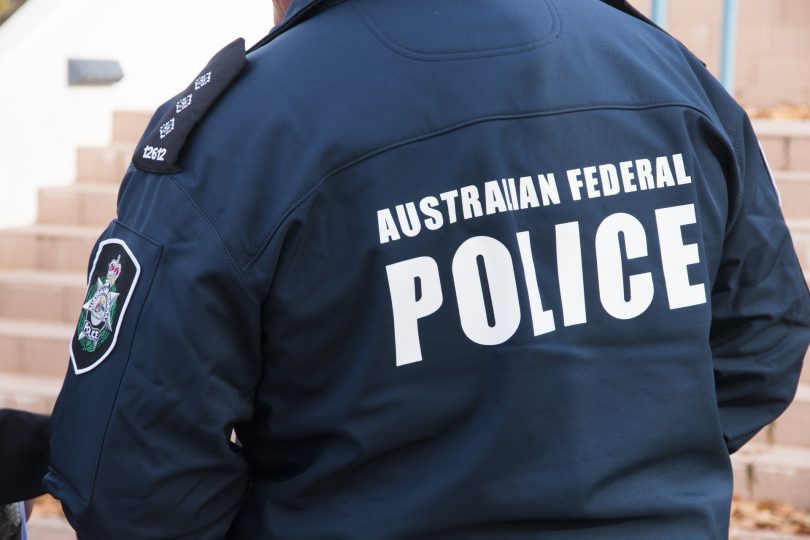 An Aranda man will face a bedside court hearing in hospital after being arrested with the assistance of a police dog. Photo: File.

A 35-year-old Aranda man will face a bedside court hearing in hospital today (14 September) following his alleged involvement in a number of ram raids last week.

The man sustained injuries while being arrested with the assistance of a police dog yesterday.

Police allege that between midnight and 9:30 am on Sunday, 6 September, a silver Ford Ranger was stolen from a property near Yass, NSW, and was subsequently used in a number of ram raids.

At about 1:30 am yesterday, the vehicle was spotted by police while on patrol on Torrens Street, Braddon. Police attempted to stop the vehicle, however, the driver failed to stop for police and continued on Girrahween Street and northbound on Northbourne Avenue.

The vehicle continued along the Barton Highway and proceeded into Evatt where road spikes were successfully deployed.

A short time later, the vehicle was located abandoned on Maribyrnong Avenue, near Wakool Circuit, Kaleen. The driver was then located and arrested.

The man is expected to face a bedside hearing in hospital today, charged with driving a motor vehicle without consent, driving while disqualified, failing to stop for police, failing to appear after a bail undertaking, and first instance warrant.