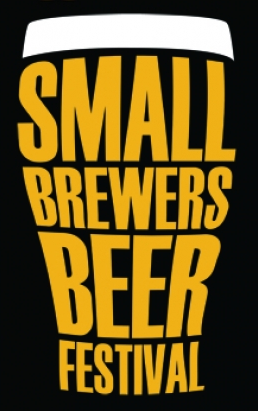 We’ve had a great response to the small brewers beer festival ticket competition.

A #27
devils_advocate
Micro-brewed beer is the one and only psuedo-elitist hipster indulgence that I allow myself. Please feed my smug sense of self-satisfaction.

B) #16
Ezy
I need to convince my mate that not all Australian beer is crap.

C) #13
grunge_hippy
free ticket: then I don’t have to buy my husband a birthday present.

Someone should be getting in touch with you soon about the logistics.

If you’ve missed out it’s not too late to get a ticket.

I’d like to thank the academy, my parents and the public. oh and the riotact.

Don’t know about special buses but the 981 goes to and from the Botanic Gardens on Saturdays. Luckily a friend’s wife is doing the driving for us.

Cheers. We may well need a “special” bus by the time we’re done there.

Oh wow. This is awesome 🙂 Thanks RiotAct!

Hopefully these sorts of festivals will continue around the country to give the smaller and more passionate breweres the recognition they deserve. Australian beer is, by my standards, well below par. We have settled for mass produced brews like the Carltons, Crownies and *shudder* VB’s.

On a recent 3 month stint around the west coast of the States, I sampled a huge variety of beers. All of which were consistently impressive. I didn’t even delve into the ever popular IPA’s over there as I find them too intense for my palette.

Hopefully sampling the beers over the weekend will bring back some memories of some of the beers I tried overseas.

CHEERS! Have a great weekend people!

Don’t know about special buses but the 981 goes to and from the Botanic Gardens on Saturdays. Luckily a friend’s wife is doing the driving for us.

Wow, I’ve never one anything before. Is this where I give my acceptance speech?

Anyone know if they are putting on any buses for this shindig from Civic like they were when it was planned for Mt Stromlo?

I know buses to the ANU/walking/riding the bike I don’t own are all options many Rioters will enjoy pointing out to me, but I really just want to know if there are any special buses planned to go to the Gardens – a simple yes/no answer would be great….

But maybe I’m asking a bit much, so flame away and tell me I live up to my screen name. And then answer my question please.

Daniel Bryan - 3 hours ago
This, Oaks, A+A, Grand Central, Ivy, and Trilogy definitely bringing more residents into the Woden valley isn't a bad thing.... View
Michael Jayfox - 4 hours ago
Mat Barber please explain how you think that new parking ramps will stop it from being an eyesore View
Tristan Wellens - 4 hours ago
Will only rent for about $500 a week per smaller unit 👌🏻 View
Food & Wine 4

Elroy Jones - 7 hours ago
Peter Bee there are a lot of places it could go. Majura the most recent I’ve heard. View
Christopher Cuba Rabanal - 7 hours ago
Better lighting around the carpark View
Andy Sell - 8 hours ago
2 words mate, lite rail View
News 17

Mookie Moo - 7 hours ago
Assuming this means 80% by Oct within the adult population only? Because roughly 20% of the population would still be kids, w... View
Community 35

Theresa Rowan - 9 hours ago
Margaret Smith was in my class at St Clare's a gentle soul RIP. View
show more show less
*Results are based on activity within last 7 days

@The_RiotACT @The_RiotACT
Michelle Heyman's stunning return to football began with a simple question on Instagram: “Hands up if I should make a comeback to the W-League?" https://t.co/UNn8rDWuj3 (6 hours ago)

@The_RiotACT @The_RiotACT
The 2021 Australian of the Year is Grace Tame. Grace is an outspoken advocate for survivors of sexual assault, particularly those abused in institutional settings https://t.co/Q6nMb1PGRL (6 hours ago)

@The_RiotACT @The_RiotACT
Times have been ruff, so @QTCanberra has rolled out the pet-friendly red carpet & opened its doors to allow furry best friends in their luxury hotel rooms https://t.co/V89hSF18w9 (7 hours ago)