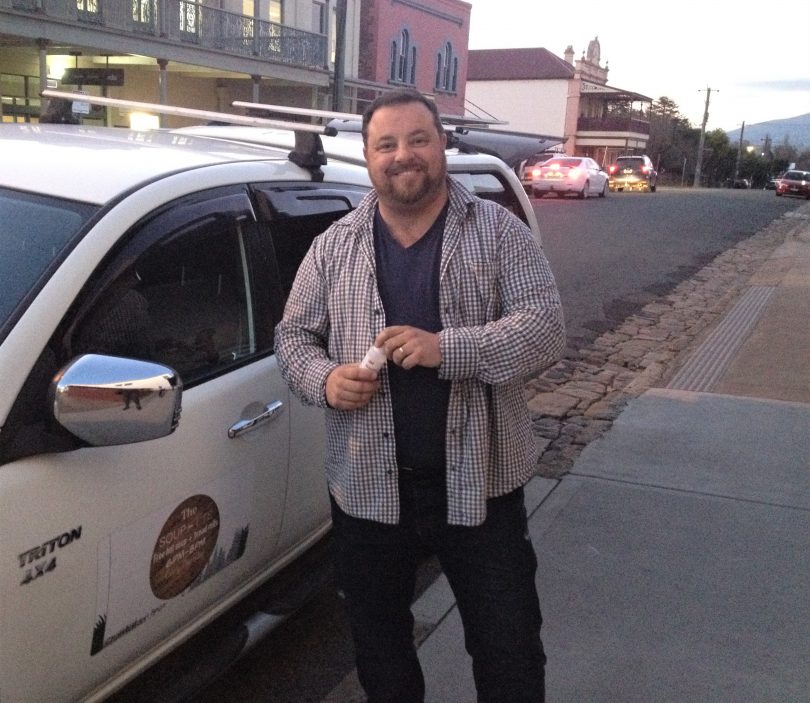 I’m waiting for Chris Groninger at the bus stop opposite Centrelink in Bega on a chilly evening. Although dusk is falling, there is no sign of Chris or his Soup Ute until he suddenly pulls up alongside me and unceremoniously begins unloading a few boxes.

“This is it, this is the Soup Ute,” Chris says with a broad smile. “We have canned soup heated up on a gas camp stove and bread rolls and we’re here between 6 and 8 pm on Thursdays. And that’s it – we wanted to keep it simple so that we could keep doing it every week and be consistent.”

Born a few months ago in a casual family church operating out of the Wolumla Hall, the Soup Ute is the work of Chris and friends Greg and Carol Gillen, who were all separately wanting to do something productive to help the community and address the inequalities they saw.

“There are a lot of people who are worse off than us,” Carol says.

Chris, who works in mental health at Bega Hospital, saw a need for after dark services. 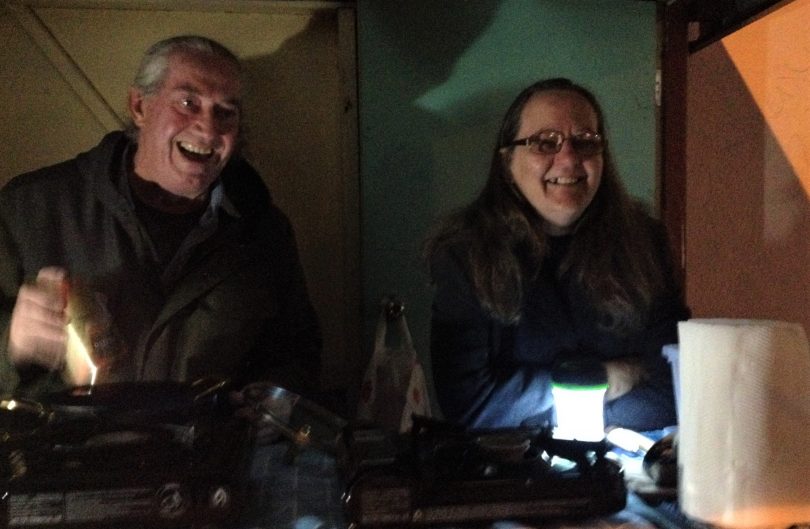 Greg and Carol Gillen at the Soup Ute are always up for a chat.

The church is a place where they and a few other families “pray, read the bible and encourage each other,” but more than that, Chris explains, it’s a place for conversation.

And it was out of this conversation that the idea for The Soup Ute sprung.

“It gets dark and cold and all the doors close at 5 pm,” Chris continues “we know there are people sleeping rough and we wanted to do something small to help.” 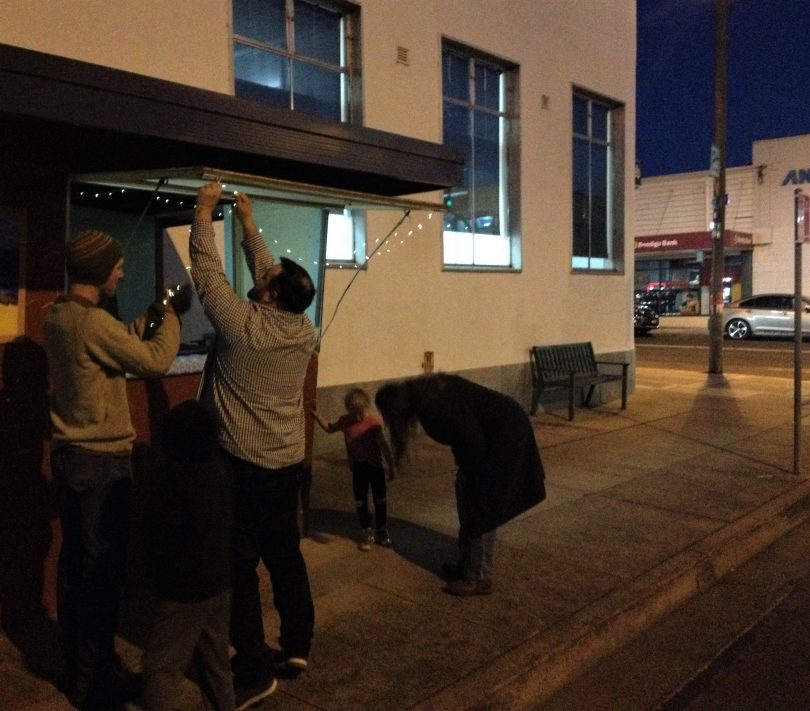 Bega Valley Shire Council has donated the use of the shelter on the corner of Church and Carp streets.

After thirteen years working in mental health and the last six of those spent in Bega, Chris readily acknowledges that there are discrepancies and inequalities in society.

“People are so fascinating,” he says cheerfully, “and I really do believe we are more alike than we are different but if people don’t get their needs met, especially when they are young, they become scarred and it is difficult for scarred people to keep their heads above the water in a complex society.”

As night falls, Greg heats up tomato soup and the smell, heat and steam rising from the tiny stove seem to warm the whole street.

They don’t have many takers yet, but the ones who do come eat heartily, according to Carol. 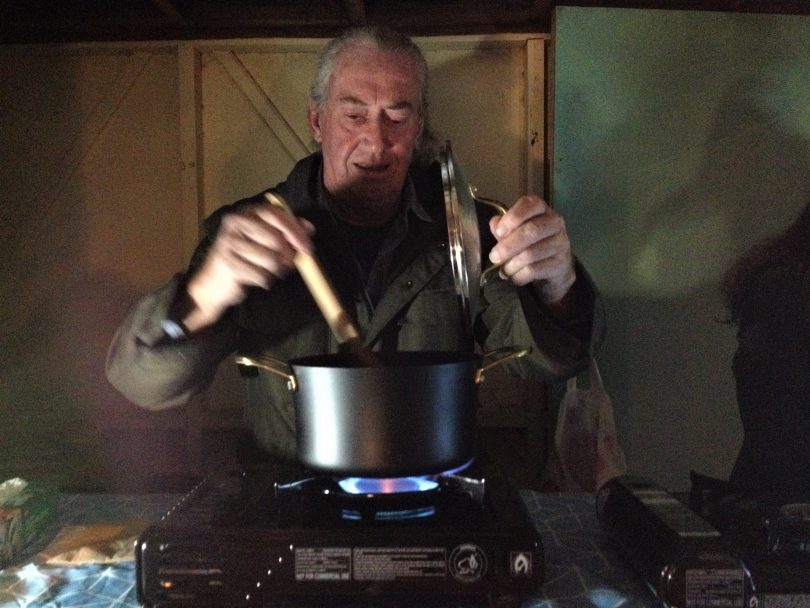 And the service really is open to everyone, whether you are an office worker heading to your car, a kid on the way home from soccer practice or a traveller passing through.

Greg laughs and says that sometimes he calls out ‘free soup’ to passers-by and people often stop to ask how much it is.

“It’s free, it really is free, for everyone.”

Lately, the group has realised, with the help of staff from Sapphire Community Pantry and Mission Australia, that people who are sleeping out often hunker down after dark, not wanting to leave their possessions unattended.

So the portable Soup Ute, with thermos’ of hot soup, has been stopping at the old Bega Racecourse between 6:30 and 7 pm and at the Bega Showgrounds between 7 and 7:30 pm to make the soup more accessible for more people.

Carol also has blankets, sleeping bags and warm clothing available at these places.

The regular Soup Ute on Church street remains open between 6 and 8pm every Thursday.

Chris, Carol and Greg would like to thank all those who have helped, especially their friend Nicole Powell, who got them set up with many of their supplies, organised insurance for The Soup Ute and fills in when needed on Thursdays.