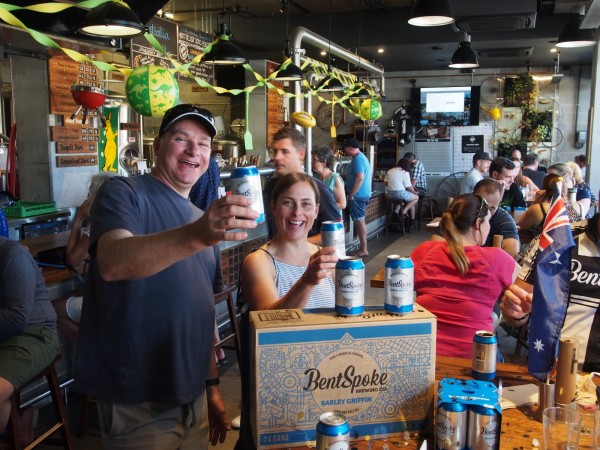 Canberra brewer Bentspoke will roll out distribution in Sydney and Melbourne after nailing 8th and 19th position in that other top 100 countdown yesterday, the Hottest 100 Aussie Craft Beers Poll. 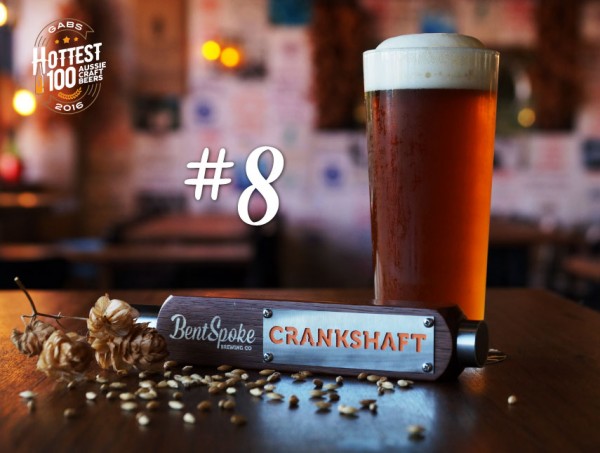 Bentspoke’s Barley Griffin Pale Ale finished a very respectable 19th but Crankshaft soared into the top ten with the largest jump in the poll’s 9-year history, up from a #88 finish last year. 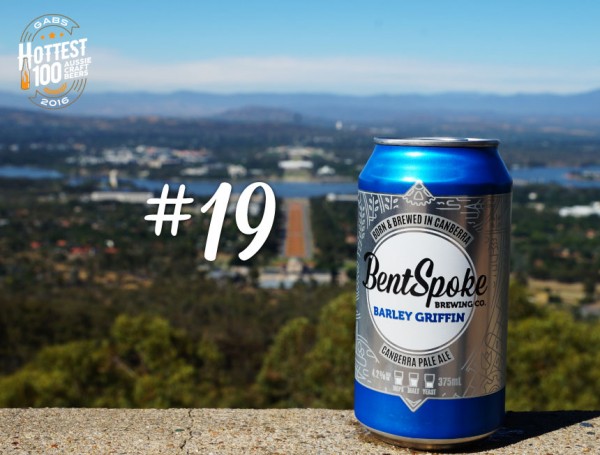 The poll has been described by Australian Brews News as “the largest and most influential people’s choice poll in the land”.

Bentspoke co-owner and Head Brewer Richard Watkins (pictured top with co-owner Tracy Margrain) was blown away by the public’s support for his beers. 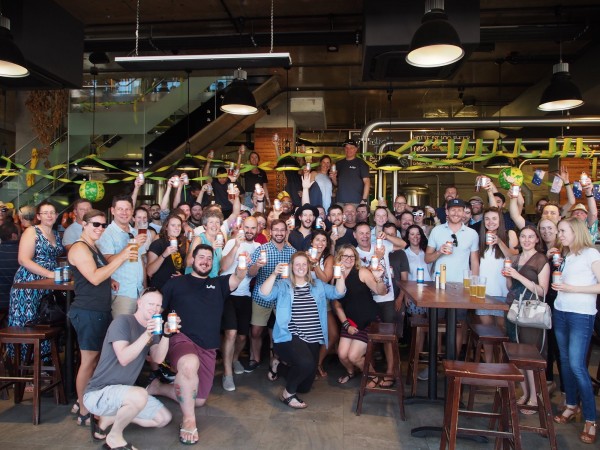 “Last year we were pleasantly surprised when Crankshaft came 88th in the poll because at the time it was only available from our Braddon BrewPub and defeated beers with national distributions,” Mr Watkins said.

“Launching our canned range three months ago has allowed us to get our beers beyond the ACT, but only just. When the polls closed, our beers were available in the ACT and only just in Newcastle, so to achieve a top 8 position, when all the other top 10 have national distribution is extremely humbling.”

“We’re thrilled to get this recognition, both for everyone who works for BentSpoke and for Canberra as a great place to build a business and follow your dreams,” she said.

“We’d really like to thank our community and all those who voted for BentSpoke’s beers in this year’s poll, your support means a lot to us.”

The pair say national distribution will follow the move into the NSW and Victorian capitals.

Pictured above, patrons and staff celebrate the poll result at Bentspoke in Braddon yesterday. Photos: Supplied

I am a Rabbit™35 minutes ago