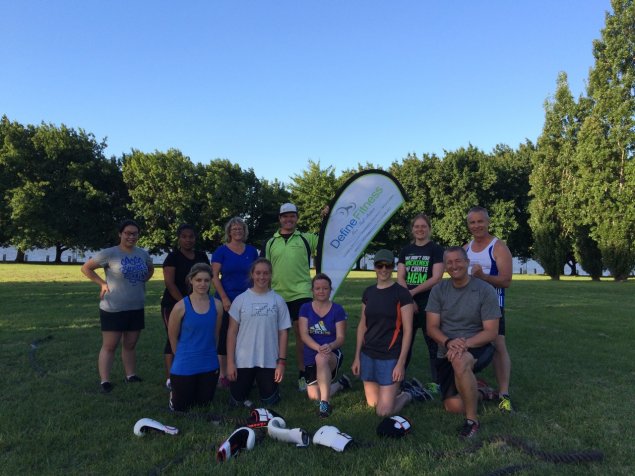 I’m happy to say that I can raise my arms well enough to be able to punch out this article. My arms, core and legs have certainly let me know they are sore after my efforts this week but in a good way.

The call out for the best bootcamp in Canberra brought in quite a few suggestions from readers that were varied in nature and location. For the dog lovers, Shullerina recommended Thank Dog Bootcamp where exercise and dog obedience training are combined. What a great idea! Jenny Tiffen enjoys the Mum’s Club class with B.FIRM who train at the grounds of Manuka Pool. For the northsiders there is Original Bootcamp Belconnen and the southsiders Pioneer Training in Bonython. For something more social, Lion Heart Fitness Club exercise together and then meet for coffee at 38 Espresso by the Kingston Foreshore afterwards. So it seems that bootcamps are both popular and numerous in Canberra.

The two most popular recommendations were Define Fitness and Kessey Kombat. 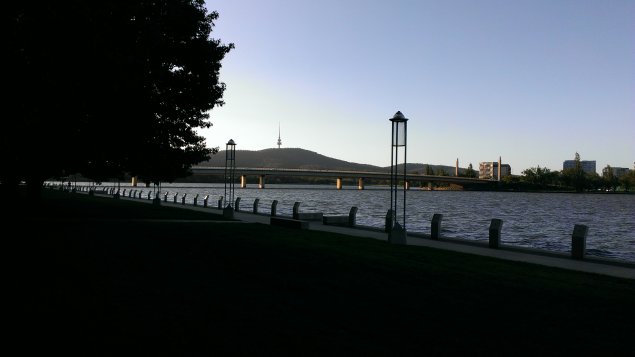 I attended Define Fitness’s boxing class on Thursday afternoon by the lake. It was a lovely afternoon and it’s great to be able to do a group exercise class outdoors rather than inside a gym.

After a warm up that included running up the stairs to Commonwealth Bridge a couple of times, we pulled the boxing gloves on (inners provided) and got into it.

At first I was ready to throw some punches and if that was all it was I would be fine. But then there were burpees. I despise burpees. Then there were romans (legs raised and upper body twisting from side to side) and planking. So much core work!

As a team, we were given a long, heavy rope to hold above our heads, squat and bicep curl with and jump either side of. It seems there are many uses for a rope in the fitness world.

We finished off with a sprint (which, for me, could have been likened to a limp to the finish line) and we were done! A cool down ensued and we were set free to relax after our efforts. 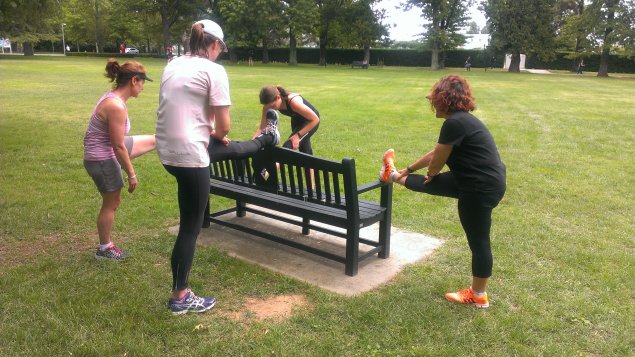 I attended my second bootcamp Friday lunchtime with Kessey Kombat in Barton. The warm up was quite thorough which I appreciated and then get stuck into it.

The first circuit we ran through included squats with stretch bands, weighted burpees and step-ups. The next involves supermans, weighted romans and mountain climbers. Although exhausted after each set, we managed to get through. We finished off with tabata, a workout that consists of 20 seconds on an exercise and 10 seconds rest in between. At first this seems ideal … until you realise how quickly 10 seconds of rest passes.

I like exercising at lunchtime as it really lifts your mood for the rest of the day after a good workout, which is what I got out of this session. The variety that was provided in just 45 minutes was great (I have a short attention span) and having all the different equipment provided was excellent.

In response to the boot camp callout, one reader cautioned pushing beyond your abilities. Whilst bootcamps do often project the image of a military style training regime and being yelled at by an instructor, I found both bootcamps to be an enjoyable and safe environment. There was gentle pushing to make sure that exercises were completed in a timely and effective manner but nothing forceful or unwarranted.

As a newcomer, both trainers made sure that I knew what was involved in each exercise and the proper technique to be used. Define Fitness focused on form and technique for the different boxing poses both to prevent injury and also to get the most out of the exercise. Similarly, I noticed that Kessey Kombat provided alternative options for people nursing injuries.

The other participants in both bootcamps obviously enjoyed coming along to the sessions and held the trainers in high esteem. Although I am quite an active person and consider myself to be pretty fit, I was challenged and even from just two bootcamps I could tell that consistency would improve strength and fitness. I happily give both Define Fitness and Kessey Kombat the Best of Canberra tick of approval.

Meg Thow - 40 minutes ago
Vote them out Canberra. Highest taxes- lowest services... View
Steve Wood - 4 hours ago
And who is going to do what about it... Andrew Barr pfft View
ACT Election 94

@The_RiotACT @The_RiotACT
The Woden Town Centre after hours can be a lonely place but all that is about to change https://t.co/Fp5jeIgoHE (6 hours ago)