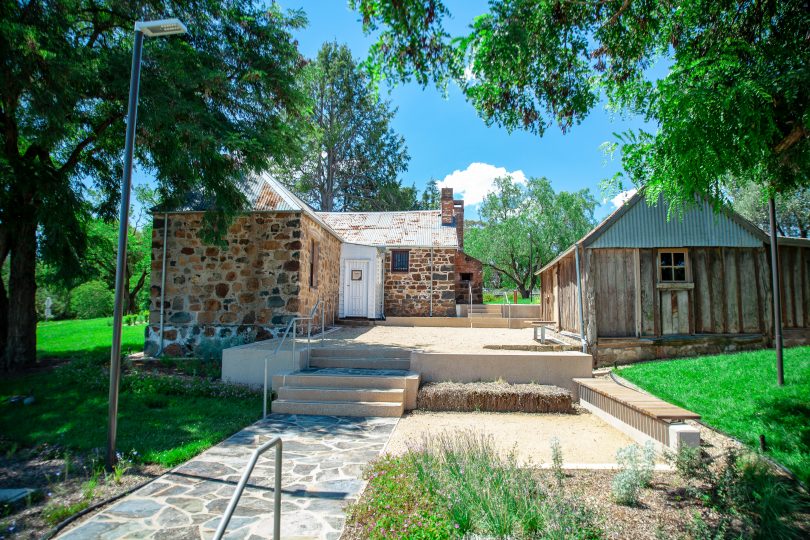 Heritage lovers have been saddened and angered by the impact of changes to Blundells Cottage. Photos: George Tsotsos.

Landscaping upgrades to the much-treasured and historic Blundells Cottage in the Parliamentary Triangle have appalled many Canberrans.

New paving and steps with fawn edging and protruding steel handrails clash with the rustic iron and stone cottage, the last remaining pre-Federal Capital residence in the Parliamentary Triangle.

A surprised, ‘saddened’ urban planner and architect David Flannery posted the changes on Facebook, commenting that “.. the new paving works are so out of context with the character of this early and significant pastoral era cottage”.

Social media followers did not hold back in response: “Appalling,” says one post. “Are you kidding?” says another. A Facebook post from abroad asks where the historical consultants were when “this abomination was taking shape?” 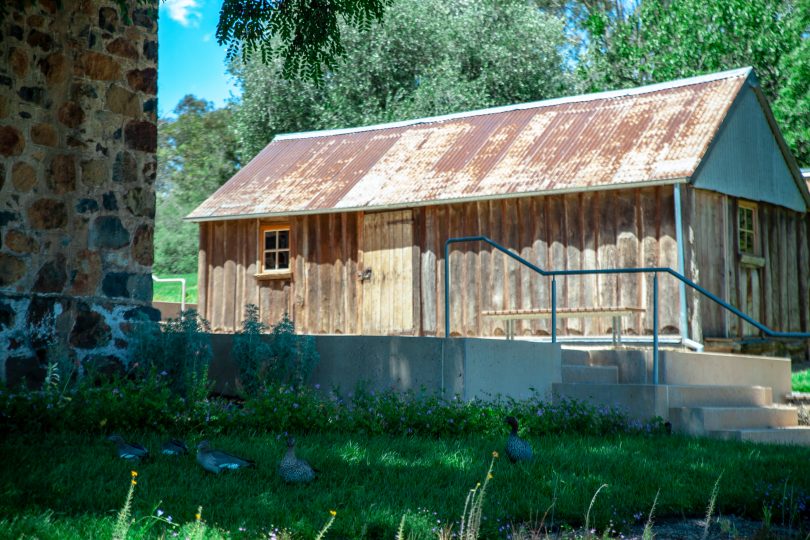 Handrails and steps are building requirements but critics say the choices are out of step with the heritage site.

“It saddens me seeing building after building either modernised like this or hit by the wrecking ball here in Toronto, Canada. Our government has no appreciation for the preservation of historical architecture and it seems Australia may be a bit the same.”

While not based on a historic element, the new handrail was required to ensure the landscape works were designed and constructed to required building standards, the NCA said in a statement.

Consultation was carried out in 2012 when GML Heritage prepared a heritage master plan. A plan was also prepared for the landscaping component, according to the NCA. The latest work is worth about $800,000.

“Extensive consultation was undertaken as part of this project including stakeholders like the then Department of Sustainability, Environment, Water Population and Communities, ACT Heritage Council, ACT Historic Places, National Trust of Australia (ACT) and the Canberra District Historical Society”, the NCA says.

“Extensive conservation works were also undertaken on the timber slab shed. Late 20th elements that were not part of the domestic history of the Cottage, like the picket fence, were removed”. 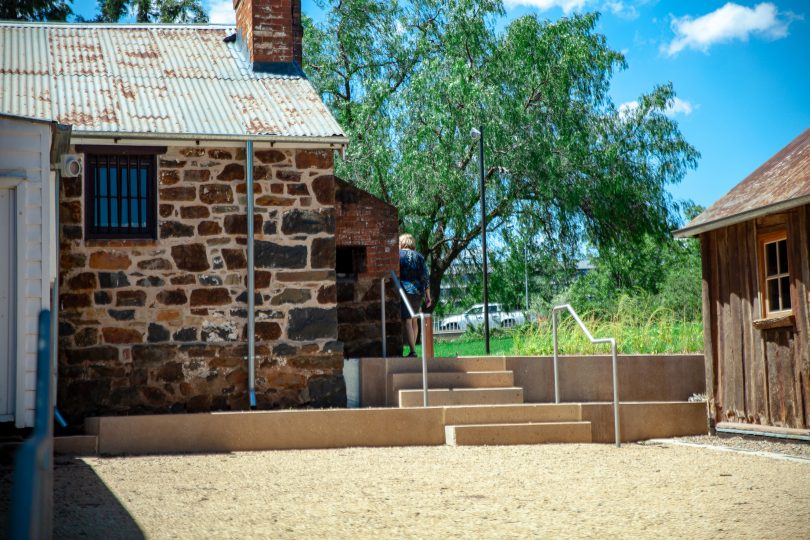 Blundells Cottage is the last remaining pre-Federal building in the Parliamentary Triangle.

The National Capital Authority, which has been responsible for renovations, says on its website that the stone dwelling was built in 1860 to house Duntroon’s head ploughman, William Ginn, and his family (1860-1874). It was then occupied by George Blundell, a Duntroon bullock driver and his family (1874-1933) and finally by shepherd Harry Oldfield and his wife Alice (1933-1958).

It has long been regarded as a valuable relic of Canberra’s early days. The NCA says Blundells Cottage is an important historical place that illustrates life in pre-Federal Canberra. As a farm cottage, it tells the story of the workers who settled and built Canberra during the 19 and early 20th century.

probably the result of of incompetence ? NCA should explain ….

The landscaping is nothing like the grounds of the cottage when I lived there with my family as a child in the 1950's and 60's. This was built as a workman's cottage - I cant understand why tne NCA has gone so far off-course.

And they've removed the old copper from out the back. A pretty critical element to maintain the authenticity of the era. This was where the families bathed and washed, my Mum's family included

The brief was probably, hardwearing and cheap to maintain.

Oh, so not in keeping with the historic character. What a shame Canberra. Take a look at how they do it in Europe. Looks to be on the cheap.

Well that probably took, consultants, focus groups, a long drawn out tender process, more focus groups and then a committee formed to review the consultants reports and evaluate the environmental impact, engineers reports on the stability of the original buildings, a launch party, a ribbon cutting, security for the dignitaries.

You forgot the feasability studies, risk assessments and WHS reports

No gardens, no wheelchair accessibility, no semblance of 'bush capital' left. Ticking all the boxes of what passes for Canberra developments today.

Krystal Eppelstun-Lee - so sad, the beautiful cottage garden has been replaced with this!

Bridgid Edwards where we took those lovely pics before I had Vespa!

I haven’t been to see it since the restoration, and can’t make a judgement from a photograph....

The NCA is a disgrace on so many fronts.

I think it looks great.

Looks terrible! Whom ever approved this should lose their job! and as mentioned before, its not fully accessible!

Great way to destroy one of Canberras historical sites, what were you thinking?

Unbelievable. The consultants should close their business and refund the money needed to fix the changes.

Martyn Noakes - 38 minutes ago
Brian Ashcroft have you been along the cycle track along the creek in Evatt and Flynn, huge eucs with deep roots in covered a... View
Chris Montgomery - 2 hours ago
Brian Ashcroft they only blow over cause their root system is higher than they should be. Most eucs that blow over are on fro... View
Chris Montgomery - 2 hours ago
Gertraud Bell All the big Eucalyps were there before all the housing went in. So??? your saying to remove all native trees an... View
Sport 1

phydeaux - 2 hours ago
Buy the way TheSilver, I nearly forgot to mention this with regard to your supposed other scenario https://pubmed.ncbi.nlm.ni... View
phydeaux - 2 hours ago
A few points if I may, starting with your first post in this sub-thread where you start: ".... is literally no good evidence... View
TheSilver - 5 hours ago
Yes, I'm aware there are observational and laboratory studies. I am sceptical of those because it isn't obvious how transfera... View
News 1

@the_riotact @The_RiotACT
Meet Joel Tyrrell - who after touring the world playing #music is now operations manager at the new @TransitBar https://t.co/v9SjttwQjF (18 minutes ago)