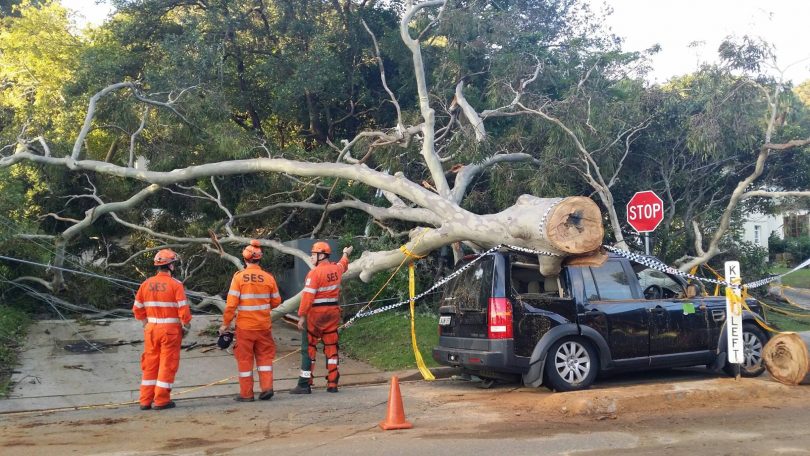 Following yesterday’s catastrophic hailstorm, the Bureau of Meteorology (BOM) has issued a severe weather warning for damaging winds that will sweep through the region later this evening.

For areas above 1500 metres in the Snowy Mountains, ACT and South West Slopes, damaging winds between 80 and 90 km/h are expected from late Wednesday. Gusts in excess of 120 km/h could also occur.

“Vigorous winds are expected across parts of southern and western NSW ahead of a cold front that will enter the far southwest of NSW on Wednesday evening,” a BOM spokesperson said.

A Severe Weather Warning has been issued for parts of the #ACT for Damaging Winds. Areas above 1500 metres may experience damaging winds averaging 80 to 90 km/h with peak gusts in excess of 120 km/h from late Wednesday. Full warning here: https://t.co/uohQ6DCU4m pic.twitter.com/wyk11qHkU1

In the ACT, the BOM says there is a chance of showers or a thunderstorm during the afternoon and early evening, mainly in the south. Winds will be northwesterly 20 to 30 km/h tending westerly in the middle of the day, then becoming light in the evening.

The NSW State Emergency Service says people should move vehicles under cover or away from trees. Secure or put away loose items around your house, yard and balcony. Keep at least eight metres away from fallen power lines or objects that may be energised, such as fences. 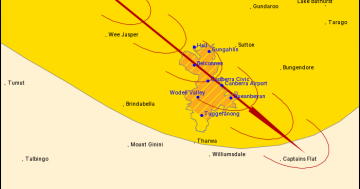 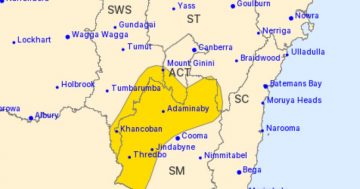