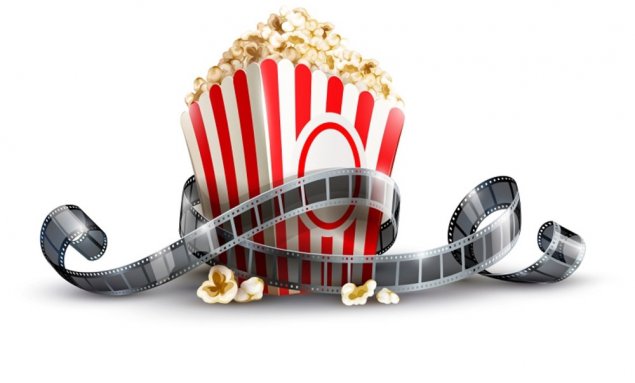 Boxing Day, the day after Christmas where you have stuffed your face the entire day before and are in a food coma for the next week. I personally hate hitting the shops and fighting the crowds on Boxing Day, and I am still way to full and lazy from the day before. My favourite Boxing Day activity is heading to the cinema, I’m a big fan of being able to purchase tickets in advance and on line, which means all I have to think about is what size popcorn I want.

My go to cinema is Hoyts Belconnen, there’s an abundance of car parking, including undercover. The cinema itself is always clean, the staff are super friendly, and the candy bar sells all the usual suspects, as well as salted caramel donuts! If the other perks didn’t get you, surely the donuts did?!

Thanks to Hoyts Belconnen, the RiotACT has 5 double passes to give away.

For your chance to win a double pass, tell us in the comments section which movie you are most anticipating for 2015. Winners will be contacted on Saturday 27 December 2014.

The new, much anticipated movies hitting the screens this Boxing Day are:

Hobbit: Battle of the Five Armies

Probably the biggest movie to hit the screens on Boxing Day as it is the finale of the Hobbit trilogy. Without giving away too much, Bilbo and Company are forced to engage in a war against an array of combatants and keep the Lone Mountain from falling into the hands of a rising darkness.

Night at the Museum: Secret of the Tomb

Also the third instalment to be released on Boxing Day, Larry spans the globe, uniting favorite and new characters while embarking on an epic quest to save the magic before it is gone forever.

A drama starring Russell Crowe, Water Divider is about an Australian man who travels to Turkey after the Battle of Gallipoli to try and locate his three missing sons.

A dramatic comedy about a young boy whose parents have just divorced, he finds an unlikely friend and mentor in the misanthropic, bawdy, hedonistic war veteran who lives next door.

One for the kiddies, a new Walt Disney movie about The special bond that develops between plus-sized inflatable robot Baymax, and prodigy Hiro Hamada, who team up with a group of friends to form a band of high-tech heroes.

* Terms and Conditions: Passes are valid for any 2D movie for a period of 6 months. Not valid for Xtremescreen or any movies listed as NFT.

Hubby is busting to see The Water Divider n Im hoping to see Night At The Museum.

Can definitely recommend The Water Diviner, and it’s not just a blokey movie. Thought provoking, entertaining and well made; just a good movie all round. Not often I can say that about Aussie films.

Hubby is busting to see The Water Divider n Im hoping to see Night At The Museum.
I just need to not get into another fight with the teenagers that caint help but play with (and light up) their mobile phones during the screening 😉

My children have been ‘hanging’ to see Paddington with their Nan. They are always waiting to see what the release will be for each school holidays and they arrange with Nan to go and see it. Going to the movies (at Hoyts Belco – our local cinema) is always a special day out with Nan – particularly when they are bought an ice cream cone on the way out!

Going to the cinema on Boxing Day to catch the latest installment of the Hobbit is a (not very longstanding or likely to continue) tradition for us.

But perhaps more anticipated is Big Hero 6, also on our list to watch, which is promising lot of quirky fun.

My son is hanging out to watch The Hobbit but I could think of nothing worse. I’ll have to track down a friend for him, and send them off together while I hit the sales in Belconnen for a few hours.

I can’t wait to see The Imitation Game – sounds like a great thriller/historical movie. and for the frivilous in me – Penguins of Madagascar.

(the Water Diviner was fabulous!)

Water divining is a total crock. But Rusell Crowe totally throws himself into his roles and I’d expect nothing less from this role. In an era when there really are a lot of very average movies, with ordinary acting, I wouldn’t miss the chance to see the work of a real artist.

I would have to be Furious 7, no doubt!

Water Divider – Russell Crowe is an awesome actor and director, and war time movies like this stir up so many emotions … probably a little deep for the holiday period but I love movies that get me all emotional!

I’m really looking forward to taking my daughter to see Paddington. We love reading Paddington books and she’ll be so excited to see him ‘come to life’ on the big cinema screen!

Christopher Cuba Rabanal - 49 minutes ago
How about a six day week with every Sunday shut. Where everything is closed in a Sunday Sunday is family Day ?... View
Valerie Foster - 4 hours ago
Been talking about that for years. View
Community 44