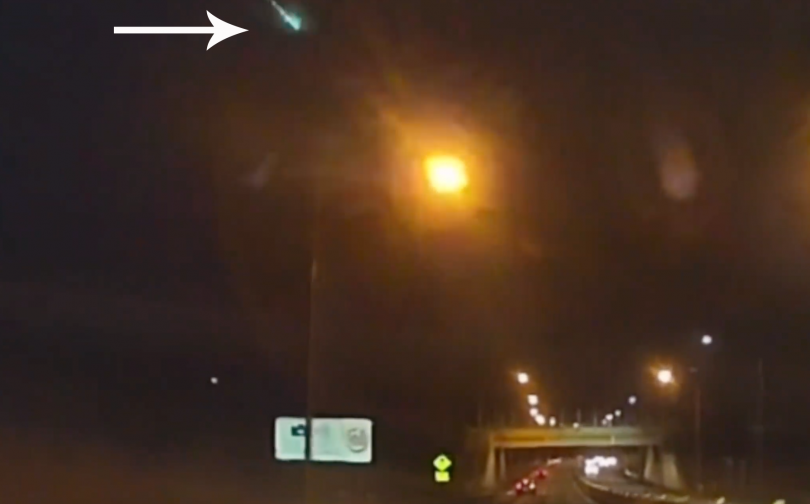 A still from the dashcam footage taken by Germaine Muller last night.

A small bright meteor lit up the skies over Canberra last night and has been captured on dashcam footage by a driver on the Tuggeranong Parkway.

Mount Stromlo Observatory has confirmed that the blaze of light was a bright but relatively small meteor and would have been in the order of 20 to 50 centimetres in size when it entered the earth’s atmosphere.

For Germaine Muller travelling south along the Tuggeranong Parkway at 10:37 pm last night (June 13) the falling meteor was quite a surprise – but a “really cool” one.

“I was listening to a podcast and out of nowhere I just see this thing,” recalled Germaine.

“I thought it was a flare. I didn’t see the first half of the trail.”

It was only when he arrived home and checked his dashcam footage that Germaine realised what it could be. His dashcam is mounted directly on his windscreen and pointed upwards, meaning it captured much more than what he saw.

“I think I ended up getting the whole thing.”

Below is Germaine’s video of the meteor, which is shared from Facebook (Canberra Notice Board Group).

Is this a meteor? Thought it was cool!

Germaine from Futuretheory has just set up a new shared working space in Fyshwick and is hoping the meteor sighting is a good sign for the future.

“Aren’t these supposed to be good luck?” he recalls thinking to himself last night.

“Maybe it’s a sign from the universe that I’m heading in the right direction.”

A number of other Canberra drivers have also taken to social media to say they saw the meteor last night, although some have wondered if it was just space junk.

Mount Stromlo Observatory has clarified that it is the real thing and shared photos of what the meteor looks like up close. 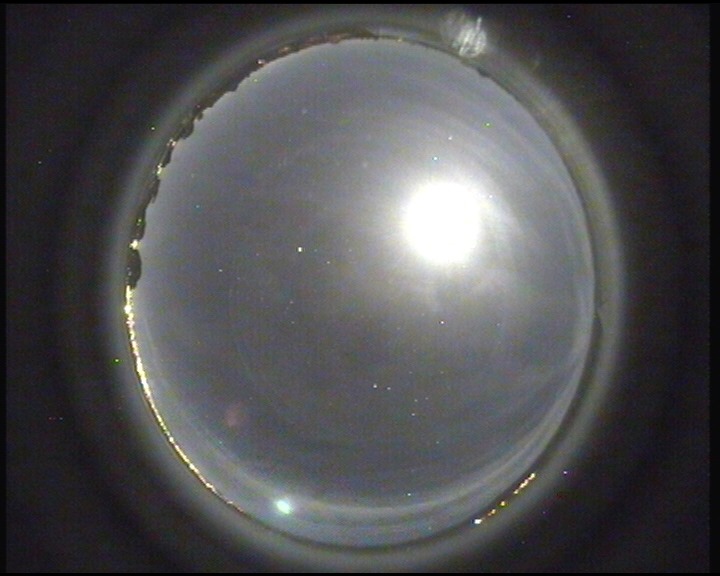 A close up of the meteor captured by Mount Stromlo Observatory (Facebook).

“The blue-green colour is iron melting in the atmosphere,” the observatory said.

It’s obviously far from the first meteor to fall in Canberra, with Germaine saying his partner had just recently shown him a video of an earlier meteor in our skies.

He never expected to see one himself so soon afterwards.

“What are the chances,” he said.

“She thought it was really cool.”

Did you see the meteor last night? If you managed to capture any footage, share it with us below.

Ryan Ferdinand I saw this on the way home from the footy.

Andy Kay OMG MAYBE IT WAS AN AILEN

I seen one driving along the Parkway in the day time a few months back. Would have loved to have filmed it but I was driving. It's really cool!

i wish it landed on the cars that rammed the shops just recently. lol tsk

I saw this! Charlotte Howell

William Coats - 1 minute ago
At least the owners still hBe to pay both rates and land tax. But it is a real waste View
Candace Driscoll - 44 minutes ago
Bel Lee The whole system needs an overhaul. It makes no sense to charge the kids, but potentially it sounds like they are mak... View
Candace Driscoll - 48 minutes ago
Lauren Herbert Wow that is a lot of money you have to be making. Must be above the average wage. View
Property 7

HiddenDragon - 36 minutes ago
"...the government should let the market do its work and instead focus on cutting rates, charges and land tax as NSW has done... View
Ray Polglaze - 5 hours ago
Do you have evidence to support that assertion? View
Ray Polglaze - 5 hours ago
Barry Morris says "“Let the market sort it out – it will sort it out". But where is the evidence to support that confiden... View
Property 6

Kathleen Lee - 5 hours ago
What! They are historical buildings. Don't be so silly. View
Glenys Callaghan - 7 hours ago
I love these buildings, they represent Canberra to me. I hope they are never pulled down as they are part of Canberra’s his... View
News 11

There are 2789 Canberrans on the ACT waiting list for public housing and former Barnardo's mother of the year and...
Opinion 48

The plight of former Barnardo’s mother of the year and mum of seven Belinda Nunn brings into sharp focus the housing...
Food & Wine 48