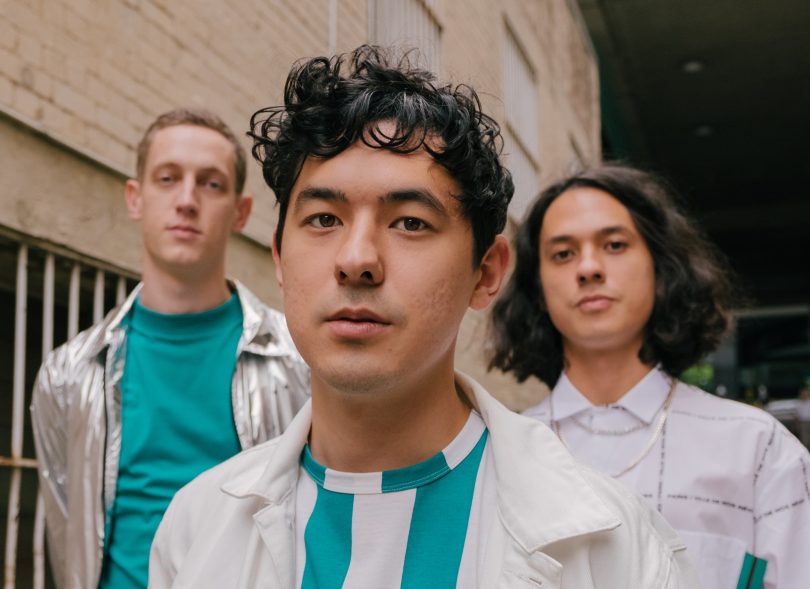 The Japanese village of Arita is an ethereal place to visit. An ancient village that last experienced an economic and cultural boom 300-400 years ago, Arita is now almost a ghost town. Littered with old abandoned houses and overgrown with blossoms and Japanese maple trees, it is a tranquil and contemplative place to be.

It’s also the place where Brisbane indie-rock band Last Dinosaurs decided to escape to record their first new material since the release of their album Wellness three years ago.

The band’s three members, Sean Caskey, Lachlan Caskey and Michael Sloane felt there were too many fingers in their musical pie during the making of their last album so they were desperate for solitude to rediscover the direction of the band.

So early last year, the band packed what was essentially a mini studio (one mic, one interface, speakers, a computer and a few instruments) and travelled to the Japanese village.

“We chose the isolation of Arita because we didn’t want any outer influences in our music this time,” Sean Caskey told The RiotACT. “We didn’t want anyone else messing with our stuff. We wanted it to just be us and focus on what is already inside us and our original influences.

“In our last album, we were too busy figuring what people wanted. This time we knew what we wanted to do – we wanted to make something completely original, different and authentic and that’s why we produced it ourselves in our own little studio.”

It was in Arita they penned a string of songs that would go on to form their third album, Yumeno Garden (pronounced ‘You-meh-no’ which is Japanese for ‘dreams’). The band wanted their fans to hear an album that was created directly from their hands, their experiences and their thoughts. 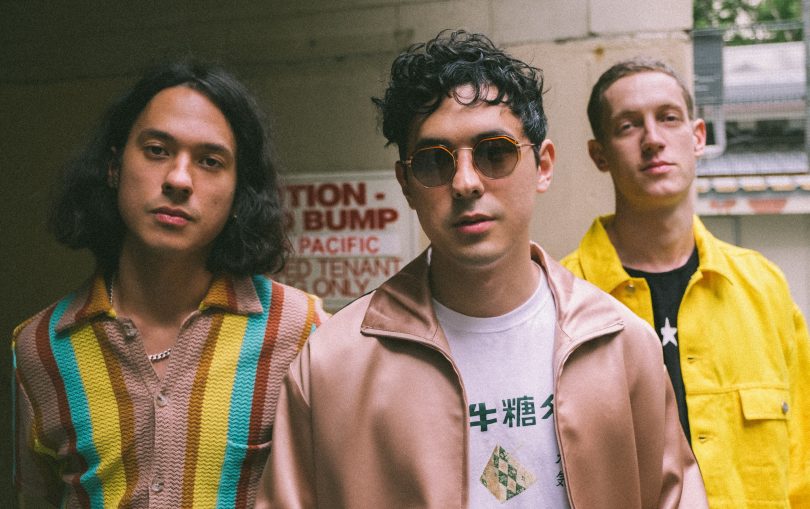 From the opening sounds of wind rustling through trees in the first track Eleven, the songs on Yumeno Garden flow through a range of emotions, from passionate love to depression to grief and shame.

Sean said his favourite song on the album is not one that he wrote but rather one from his brother Lachlan.

“My favourite song on the album is probably Everything Relative. I reckon that it is a unique sounding song. It is a really emotional song and its got really eery vocal samples. It is a very desperate sounding song,” Sean said.

“Lachlan has managed to put how he was thinking and feeling into a song that stimulates that same response into everyone that hears it, which is what a good song can do.”

Across its 10 tracks, the range is expansive, but it’s all tied together by a collective vision from a band that is starting to realise its potential. The new album shows these Brisbane boys are just hitting their stride and they are far from extinction.

With a set jammed full of new tracks, Last Dinosaurs will hit the stage of UC Hub next month to promote their latest album.

“A lot of the songs were written quite a while ago so it has felt like a pretty long process but I’m glad we have done it because it is something we are proud of and we are excited to get on the road and show our Canberra fans our new music,” Sean said with a smile.

The band’s third album is released on 5 October and they will be playing all their new songs and old favourites at UC Hub on Saturday 20 October. Buy your tickets here.

Ray Zak - 45 minutes ago
Considering it was said the Mitchell railway station cost 12million dollars to build and looks like a large carport. Perhaps... View
chewy14 - 3 hours ago
"A responsible and competent government would" Well there's your first problem. They haven't been forthcoming with robust bus... View
michael quirk - 5 hours ago
The government has yet to provide evidence to justify the light rail extension, the viability of which is tenuous given incre... View
News 130

Capital Retro - 2 hours ago
I recently discovered some old papers belonging to my late father. Among them was an "Identity Card" Form C.R.3 which was iss... View
Hans Dimpel - 4 hours ago
Tod Davis which rules and who is speaking them? Are you sure you aren't being influenced by rightwing conspiracy pages with a... View
Hans Dimpel - 4 hours ago
a world full of rainbows and unicorns would be good. sounds nice.... View
Community 9

Capital Retro - 5 hours ago
In admiring the intelligence and dedication of the scientists at this facility it's hard to reconcile the lack of of common s... View
show more show less
*Results are based on activity within last 7 days

@The_RiotACT @The_RiotACT
If you've even been swooped by a #maggie, spare a thought for delivery #drones in Harrison. Some streets have had their deliveries suspended because of a territorial raven. Watch the video here https://t.co/Kx5ofNBuWF (19 minutes ago)

@The_RiotACT @The_RiotACT
Chief Minister Andrew Barr has reported the ACT has 19 new cases of COVID-19. At least 13 of these cases spent time in the community https://t.co/4cbXjwv6ex (49 minutes ago)