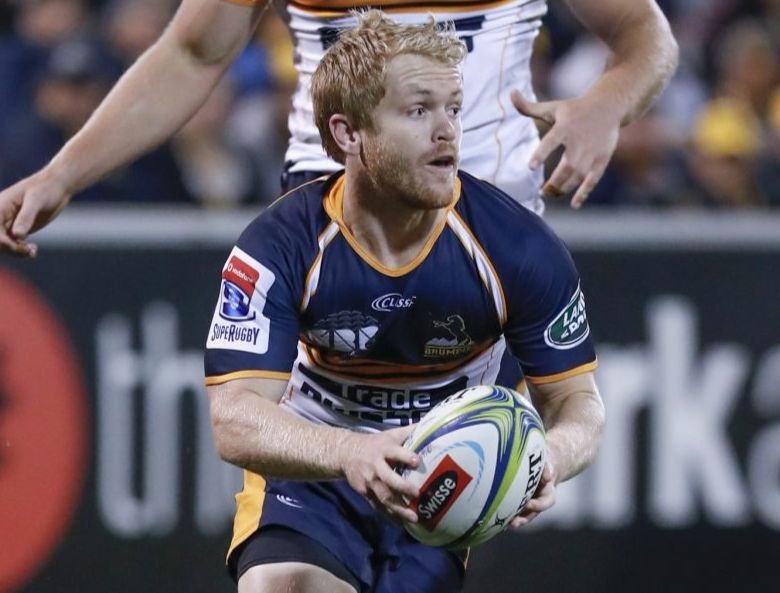 Brumbies scrumhalf Matt Lucas says the home side is not worried about the Kiwi hoodoo or its position on the ladder. Photo: Supplied.

The Brumbies haven’t beaten a New Zealand team since the opening match of the 2016 season and are sitting 10 points behind the top of the conference Waratahs with the season drawing to a close.

The Hurricanes can end all hope of the Brumbies making the finals with a win on Saturday night, but the Brumbies hope a more carefree playing style will help them break their hoodoo.

Brumbies scrumhalf Matt Lucas says the home side is not focused on the Kiwi hoodoo or its position on the ladder and is solely focused on playing attractive rugby.

“The last few weeks we have been concerned about ourselves and that has been paying dividends for us. We have gone about it with a fearless attitude and want to play a really attractive style and back ourselves,” Lucas said.

“We know the situation we are in but we are not treating the match any differently because I don’t think that is going to help us. We just have to go out there and stick to what has been working and try to play that brand of footy which we have shown in the last few weeks.” 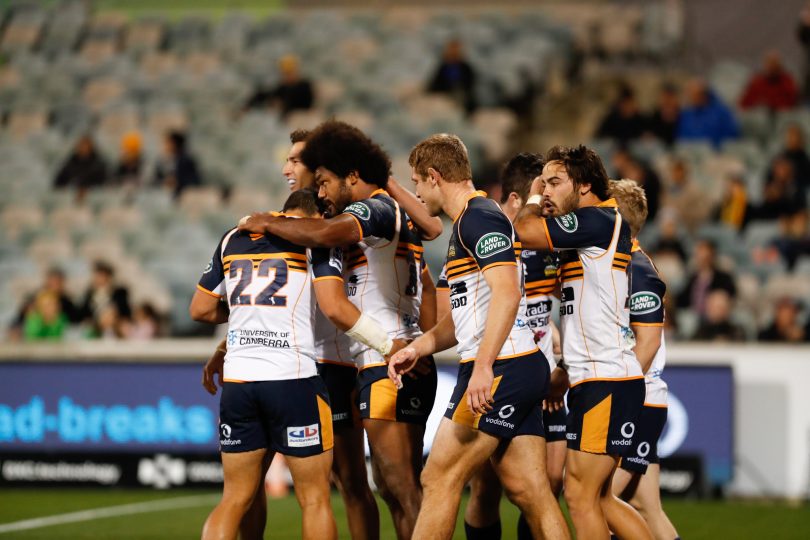 The Brumbies will need to win their last three matches to have any chance of making the finals. Photo: Supplied.

Lucas said this approach encouraged the team to play without fear of mistakes and to back themselves.

“You don’t go in worried about what happens if you make an error, you are going out there to play footy. Ultimately, that’s when you play the best when there is nothing in the back of your mind,” he said.

The Brumbies can be inspired by the recent victories by the Waratahs and Rebels over New Zealand sides, which ended the Kiwi dominance over Australian teams and breathed new life into Australian rugby.

“It was good to see the Waratahs and Rebels win and see a lot of mates do well. It was really refreshing,” Lucas said.

“From our end, you go into every game with a mindset that you are going to do well, then you are going to get the result. We know what we are up against, but it is about going out there and keeping a strong mindset in our own backyard.

“We need to go out there and back ourselves and produce what is needed on the weekend.”

Andrea Mya Riboust - 24 minutes ago
Matt the former I assure you 😄 View
The Martini Whisperer - 2 hours ago
Lucky they’re weren’t in Texas. View
HiddenDragon - 5 hours ago
So the Big Merino will be the command HQ for Gilead Down Under - and they said it couldn't happen here......... View
Food & Wine 12