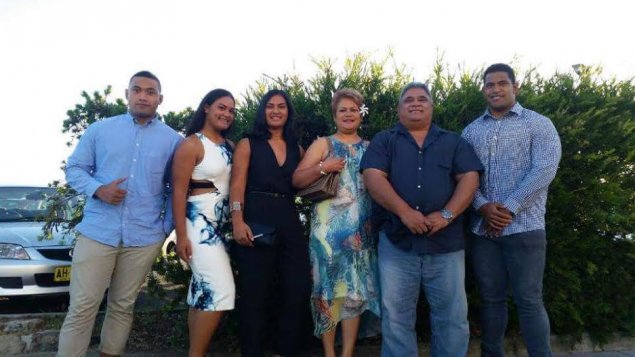 When Brumbies prop Scott Sio was awarded man of the match following last Saturday’s 20-3 win against the Cheetahs, he had no difficulty choosing a charity to receive a $500 donation.

“As soon as I found out I had received man of the match, I knew I wanted my donation to go to Redkite, which is a charity supporting young people with cancer and their families,” he says.

Redkite provides essential support to children and young people (0-24 years) with cancer, and their families. Its services include financial assistance, information, counselling and group support, support to keep education and career goals on track and support through grief and loss. Redkite does not receive government funding and relies on the generosity of the community to provide services.

23-year-old Scott, who is the son of former Samoan international prop David Sio, was first introduced to Redkite while playing for the Wallabies.

“We had the chance to meet children with cancer, and while it was great to put a smile on their faces for a short amount of time, it is also important to provide ongoing support. You have to enjoy your youth and what it has to offer, and a lot of kids can’t do that because they’re sick.”

Scott knows only too well the challenges of supporting a loved one with cancer. His mother was diagnosed with gallbladder cancer a number of years ago and is currently in remission.

“When my mother was diagnosed with cancer it was a bit of an unknown time. My family is my biggest support, and not knowing how far the cancer was going to progress wasn’t easy.

“The experience taught me to never take things for granted. You don’t appreciate what’s important until you see someone you love going through cancer,” he says.

Scott (pictured above, far right, with his family) says his goal for the rest of the season is to play consistently good rugby.

“To make that a reality I’ll have to be playing at my best or better. At the end of this season I’d like to look back and see that I’ve produced my best rugby ever.

“It’s a blessing to play for the Brumbies at a relatively young age, and I plan to play for as long as my body holds out. My father played rugby at the highest level, and that’s what I want to do too.”

To find out more about Redkite or to make a donation, visit its website.

@the_riotact @The_RiotACT
The ACT has recorded its 12th #death in the latest #COVID outbreak as well as eight new cases in the 24 hours to 8 pm last night https://t.co/L2fS7vdJgk (30 minutes ago)