So Brumbies fans… What would you like to see from the Brumbies Media Centre in the middle of a horror season?

Would you like to see video of hard training and perfectly executed drill?

Or would you prefer to see the fly half pretend to interview the inside centre who’s putting on a bad South African accent?

Well this season being what it is you know what you’re going to get right? 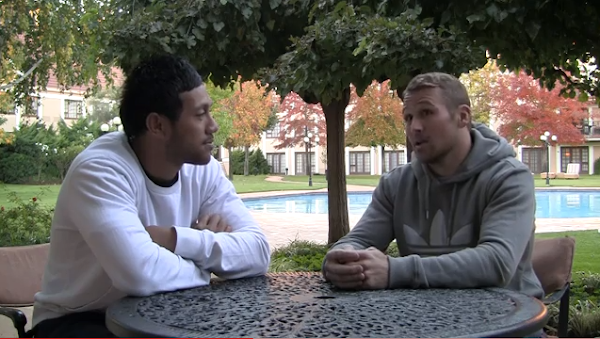 First time Brumbies have made me smile all season – naice.

Any second thoughts I had about surrendering my Brumbies number plates and vowing not to renew my membership at the end of the year were quashed when I saw this video. Are they serious?

To be fair, on current form they are better comedians than rugby players.

I would have expected the pool behind them to have a swim up bar and have the team hanging around on deck chairs.

Saying the season is dusted, why are they not just playing the kids who want to play? (and telling those who want to leave ….. GO, GO NOW)

Graham Smith - 2 hours ago
Good to see ANU taking action to contribute to emissions reduction. We all add to emissions the load on the atmosphere, and w... View
Luke Bennett - 2 hours ago
Karl Varnsen spot on. It’s baffling that some people have the attitude “solution A is difficult, therefore we should igno... View
Scott Bowen - 6 hours ago
So arsonists created climate alarmism? View
News 162

Stu Cook - 12 hours ago
Veronika Sain of course it was Veronica. I note you didn’t acknowledge or engage with a single word that Mikey said, becaus... View
Veronika Sain - 13 hours ago
It was a mistake to abandon it. And their prediction of consistent small water flows because there was a drought at that time... View
Mikey Moore - 14 hours ago
Veronika Sain Tennant dam option was dropped as the enlarged cotter dam was deemed a much more viable option. The Naas and gu... View
Property 3

noid - 15 hours ago
Would love to move away from coal but when you look at our top 3 exports, see below, I would like to see some ideas on how we... View
HiddenDragon - 15 hours ago
“You need to find a way to provide other opportunities to those communities as they transition out of those industries.”... View
Don Stewart - 23 hours ago
Cattle farmers are now receiving around $2000 per head for breeders/ cows & stores/unfinished cattle that need fattening/fini... View
News 1

Leo Menssen - 23 hours ago
If anti-consorting laws don't work why are there so many bikie gangs in Canberra now? View
Shannon Crocker - 1 day ago
How is comparing bikie violence to 'all crime' useful. How about comparing bikie crime now to 5 or 10 years ago? View
News 82

As the ACT Government prepares for Stage 2 of light rail, fasten your seatbelts because it promises to be a...
News 66

The ACT Government has announced an extra $4 million over the next four years to help reduce the Territory’s carbon...
News 28

@The_RiotACT @The_RiotACT
Keen traveller? Canberra Airport is looking to expand its connections to iconic holiday destinations across the Pacific and into Asia, according to its newly approved 2020 Master Plan. See where we could be heading https://t.co/YcMUJhkW9K (35 minutes ago)

@The_RiotACT @The_RiotACT
Here’s a feel-good story for your weekend about how a Year 2 student’s letter to local firies spoke for an entire community https://t.co/BqG5rugumf (3 hours ago)

@The_RiotACT @The_RiotACT
Into local music? Here is music writer Hayden Fritzlaff 's pick of new Canberra songs you have to hear this month https://t.co/06fZC2bLZE (13 hours ago)