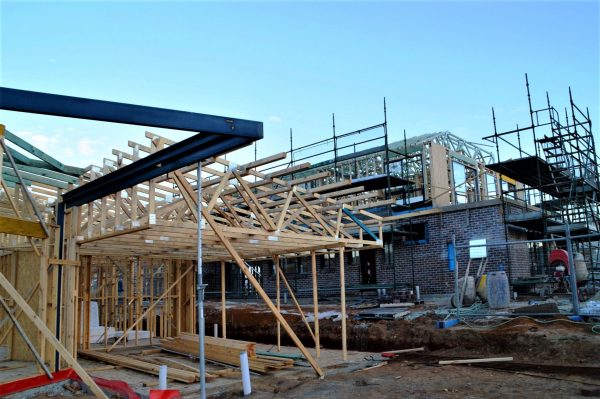 The Government has outlined its reforms this year to raise building standards. File photo.

Builders will face mandatory testing from this week as part of Government measures to improve building standards in the ACT.

Minister for Building Quality Improvement Gordon Ramsay said the requirement for mandatory exams for Class A, B and C builders will commence this week and this would extend to builders renewing across the classes in the coming months.

He said the exams were part of the building regulatory system reforms that have been delivered since 2013 following the review of the ACT building system.

The reform program will continue in coming months with measures to raise the professionalism and standard of practice in the building industry, provide strong enforcement and to provide information to the community so people are aware of their rights and obligations when buying or renovating a property.

The reforms around construction licensing being delivered include:

Mr Ramsay said that in the first half of this year the Government would deliver:

“In addition to the reform agenda, we have also improved the way that compliance is monitored to make sure that poor quality work is addressed quickly, and I’m delighted to see this approach is already working,” Mr Ramsay said.

“In 2018 Access Canberra established a Rapid Regulatory Response Team which sees government building inspectors attend the sites of complaints usually within five days and taking action or advising of outcomes quickly and effectively.

“This action is being felt across the industry, and coupled with the reform agenda, the message is clearly getting through that the government is serious about eliminating poor quality building work.”

Master Builders ACT CEO Michael Hopkins said the MBA had been calling for reforms to the ACT’s building regulatory system for more than a decade.

“New license exams will mean that people applying for a building license will be required to meet increased minimum standards – and that is a good thing,” Mr Hopkins said.

“When a licence holder is selected to sit the exam at license renewal, it is important for this to be used to target repeat offenders or those with a track record of poor building quality and not apply more cost and uncertainty for the many good quality builders that are operating in the ACT. After all, these measures are about improving the overall standard of the industry, not punishing those already delivering high quality.”

Mr Hopkins urged the Minister to fully implement recommendations 1 to 4 of the Building Confidence Report prepared for the Building Ministers Forum, which calls on regulators to require the registration of a broad range of building practitioners including engineers, designers, builders and site or project managers and that compulsory Continuing Professional Development training be mandated for license holders.

“The MBA looks forward to working with the Government to implement the full suite of reforms required to make the ACT’s building regulatory system Australia’s best,” he said.

Ha ha ha ha – you can’t even trust a tradie to park legally, but you still trust them to build a building legally?!

How about CIT and Tafe systems getting funding?

Well said Angelo, and i know you could keep going until next week

I agree Craig that’s where the problem lies I think. Councils can do nothing to stop this very cosy arrangement and have been trying for years to have the present system changed

How can you test sone of these old school builders that have worked hard and know more about building than most of the new builders today. Never been In trouble and you want to test them now.

For the last 8 years licences have been handed out to Public Servants, Tiler’s, painters, Cab Drivers, accountants, bank managers, cleaners and so on.

Would you not test them all first.

The state of these building sites today are appalling. There is no control let alone on site management.

How about retest sone of the Archietect’s and draftsman designing some of these buildings that look good on paper but are prone to leak, but ... the Archietect will blame the builder because the Archietect knows everything but is in control with the client.

How is it a builder can go bankrupt and run with millions owing and still start again under s new name.

Maybe the government should state how many licences are being ghosted. Building companies using another persons licence but the person believes the owner of the company is the builder ???

Put me on the board with several reputable builders on and I guarantee this town will be fixed within 12mths .

Natalie Bice every ones a builder today and most of the new ones will have many business to move $$$ to the next one so you can’t do anything. Now you can see a test will not do anything to fix your problem.

Like I said the answer is not the test . We know how to fix it

Angelo Turcin I’ve been saying it for years !!!!

Look at the certifyer/builder relationships.....it's the crocodile checking the swamp.....good place to start...Government needs an assurance program with some flex

@The_RiotACT @The_RiotACT
The derelict Commercial Hotel in #Yass is under new management, as the major shareholder of Public bar in #Manuka takes over https://t.co/ss9NhiJQLa (51 minutes ago)