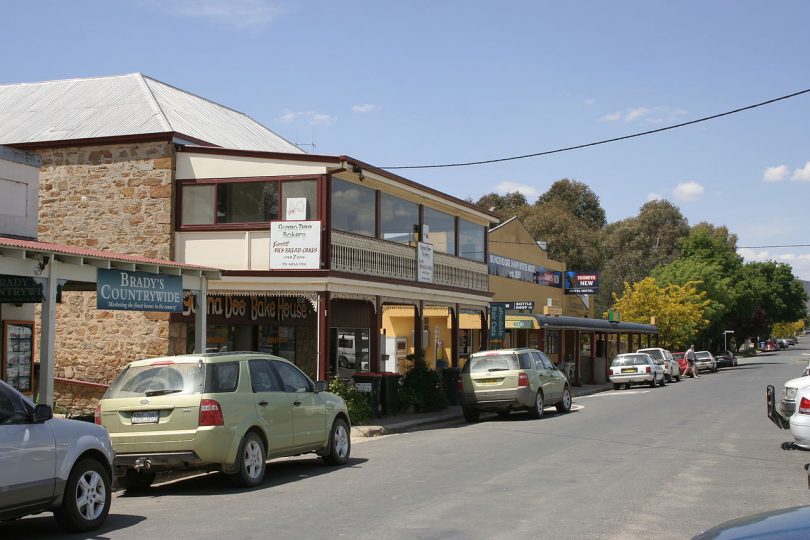 Bungendore’s growth has been on hold until the water issue is resolved. File photo.

The population of Bungendore would triple by 2048 under the highest growth scenario in the regional council’s new draft plan for the village but development is dependent on an increased water supply.

This is now a step closer after the NSW Government advised Queanbeyan-Palerang Regional Council of a further groundwater access entitlement, boosting hopes of new housing in and around the village where a lack of water has stalled its growth.

Council has formally applied for the water access licence and will await final approval from the NSW Government.

It says that if greenfield developments were to proceed under the current regime, Bungendore would potentially exceed its licence entitlements in a dry year by 2020 and by 2026 the water treatment plants would potentially reach capacity.

But a more secure water supply would be a gamechanger for the village, already popular with commuters to Canberra and sure to attract interest from those in the capital seeking a quieter lifestyle and cheaper house and land packages.

However, Queanbeyan-Palerang Regional Council Mayor, Tim Overall said that just because a water supply has been located did not mean a free-for-all for development in Bungendore.

“Proposed developments will still be subjected to the same rigour and community engagement as they would be anywhere else in our local government area and the Bungendore Structure Plan will play a big part in this,” he said.

The Structure Plan stresses that the growth scenarios were ways to consider ‘opportunities and challenges’ if Bungendore was developed.

“If Bungendore was to grow there would need to be support from the community and government agencies as well as an increase in Council’s water allocation granted by the NSW Government,” it says.

It does not consider sites for a proposed high school for the village because the NSW Government’s investigations are ongoing.

The Bungendore Structure Plan will be open for comment until 21 August. Go to yourvoice.qprc.nsw.gov.au

I invite Tim Overall and John Barilaro to drink the current Bungendore water daily, and then get a health check. I live just outside this water area and bring my own water to drink when I run classes there twice a week. If there are reservoirs of drinkable water available, why arent’ they being offered to the current population? HEALTH is your wealth

Reservoirs of potable water would be ideal. The bore water is nearly caustic and who knows how it can actually be sold. Calcium and magnesium levels are off the scale in my uneducated opinion.

Mmmm … are we sure these water entitlements are real. Not that I doubt it, but apparently some unscrupulous people have been known to have been paid up to 80 million dollars for non-existent water. Or so I’ve heard.

Bungendore water tastes bloody awful! No amount of filtering gets that flavor out!

Claire Marie you get used to it

When you have filtered tank water 😀

Max Walker yes to your second part!
The rainwater was delicious!
I remember my young daughter licking the drips off her face in the shower and gagging! Asking me what was wrong with the water 🤣🤣
Rain water for drinking. Bore water for washing, with your mouth closed!