Buyers beware: big energy discounts could come with a shock

A costly idea: experts say think before you grab the next energy discount – there is more than what meets the eye.

If you want to save money on your energy bills, don’t chase the biggest discount.

That’s the advice from consumer groups who have examined a range of electricity and gas deals and found that those offering generous discounts can also have the highest usage and supply charges.

The Australian Competition and Consumer Commission (ACCC)’s preliminary report into Retail Electricity Pricing found that if consumers switched providers based on the biggest discount, they could end up paying more overall because deals tied to large headline discounts were often based on much higher base rates.

Research group Canstar Blue backed up the ACCC findings, telling news.com.au that their analysis demonstrated that plans “with discounts of just 2 percent and 10 percent work out cheaper than some of those promising 30-35 percent off”.

The findings are a timely reminder at a time when many Canberrans are looking for ways to manage increasing energy costs.

Richard Palmer, the owner of Hume based Master Carpets thought he had landed on a much better electricity deal when he received an approach from an out-of-town energy company offering a double-digit discount.

“I immediately calculated the savings I could make and thought it was a no-brainer”.

“But luckily, I took some extra time to read the fine print only to find that the base rate and service fees they were offering were much higher, effectively rendering the so-called discount useless”.

Mr Palmer encourages anyone who is considering a discount offer on energy for their home or business to check the fine print carefully and compare the base usage rates and fixed costs to be sure of what they’re getting.

“It’s easy to be fooled by big usage discounts but it really does pay to check out what you’re really signing up to”.

In the ACT, consumers can choose between a handful of energy retailers who are all offering various contract terms. Basic usage and supply charges also vary with a recent analysis showing a wide gap across three retailers surveyed.

Based on a typical household’s annual electricity bill, local retailer ActewAGL came out in front with their standing offer some $226 cheaper than other retailers we checked.*

The good news is that it’s easier than ever to compare current market offers and better understand what’s really being offered. The Energy Made Easy website set up by the government aims to help consumers make sure they are comparing apples with apples.

It’s a tool that Richard Palmer says ended up saving him from being locked into higher costs.

“If you do come across an energy offer with a big discount I’d really encourage people to check it out carefully and consider the full story,” he said.

*Comparison between ActewAGL and other energy retailers. Based on a residential customer on a standing offer. 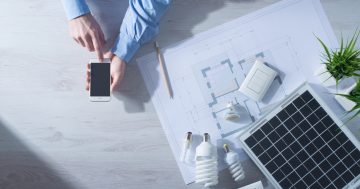 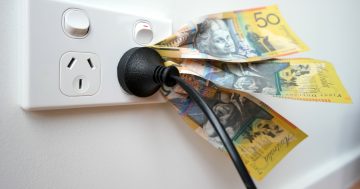