Can Aussie sport take the heat? 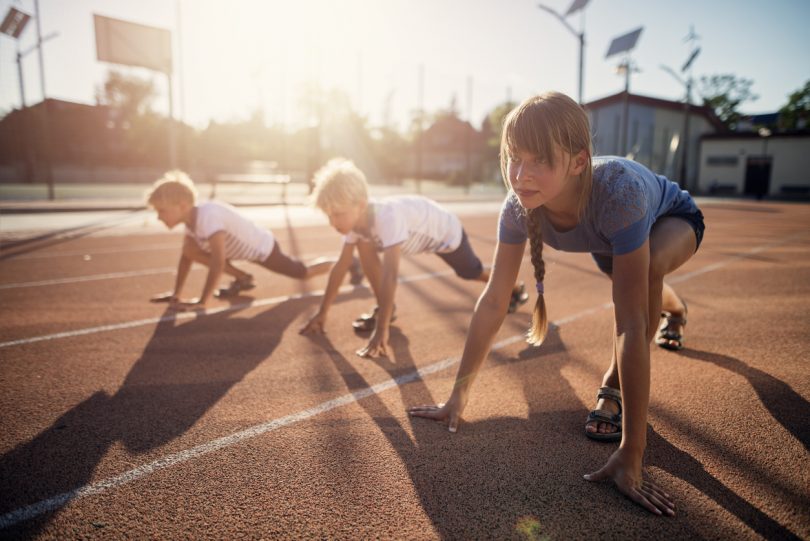 Heat exhaustion is a real risk at all levels of sport.

Australians love sport: millions of us play or watch sport, we bond over sport, and we idolise sports stars. Every day we see Canberrans circumnavigating the nearest water body by bike or foot. On weekends, ovals and courts are filled with kids playing cricket, soccer, netball, footy, or hockey.

A 2015 report by the Climate Institute concluded that climate change threatens the viability of much of Australian sport as it’s currently played. The main culprit is the increasing heat, and increasing extreme weather, caused by climate change.

We live in a new era of heat. The Bureau of Meteorology’s latest climate report shows that 2018 was Australia’s third hottest year on record. The 11-year mean temperature for 2008–2018 was the highest on record. Regional climate modelling shows the ACT will experience more extreme heat days, longer and more frequent heatwaves, and more frequent and severe storms and bushfires.

What does this mean for sport in Australia and the ACT?

As temperatures increase, it will become harder and riskier for Canberrans to be active outdoors. The official medical advice from ACT Health is that people should avoid exercising outdoors during extreme heat.

If you considered heading outside to burn off Christmas calories during this sweltering summer you’ve probably already felt the limitations of the heat. Maybe you cancelled a ride or a run, or stayed in the air conditioning instead of playing cricket in the park?

Heat is a challenge for local sporting associations who run scheduled events and competitions over the summer. Cricket ACT’s heat injury policy, for example, strongly recommends that “if the temperature exceeds 34 degrees Celsius, play be suspended.”

Unfortunately, in the absence of strong action to mitigate climate change, these scorching days will become commonplace in the coming decades. Already in the ACT, the number of hot days (above 35°C) almost doubled in 1990 to 2000 (average of 9.4 per year) compared to the period 1961 to 1990 (average 5.2 per year). Under high greenhouse gas emission trajectories, by 2070 the number of annual days above 35°C in the ACT is projected to be as high as 26.

Sports like cricket and tennis are likely to be cancelled more often, competitions and events will be disrupted, and participants’ health is increasingly at risk. Mountain biking and trail running organisers will find that forests and nature reserves – despite being shaded – are increasingly off-limits due to more high-risk bushfire days.

Some sports may not even survive in Australia. In the last decade, snowfall has diminished significantly in Australia’s mountains. Some studies predict Australia’s slopes could be mostly bare of snow by 2050, making the weekend ski-trip a thing of the past. Australian Olympic aerial skier, Lydia Lassila, said that many Australian skiers already train at overseas facilities and “although I would like to train on home soil, I haven’t been able to since 2009 due to the inconsistency of the conditions.”

Professional and aspiring sportspeople probably face the greatest risks. Sport is their job, and they no doubt feel obligations to sponsors, teams and fans to perform, even in extreme conditions.

Canberra professional cyclist Chloe Hosking rode the world cycling championships in 42°C heat. Describing her battle to stay hydrated, she said: “I drank so much and my body couldn’t take any more water in and I just started throwing it up.” At the 2014 Australian Open, tennis player Frank Dancevic hallucinated Snoopy was on court before he fainted in 42°C heat.

We’ll feel the impact of climate change in every part of our lives. Perhaps more sports will move from outdoors to indoors, or from summer to winter. Will spectator numbers evaporate in the heat in favour of home viewing? Could Australians’ sporting preferences even reconfigure to abandon our traditional summer favourites?

To maintain the sporting Australia we love, the best path forward is, firstly, for all of us to take climate change seriously and reduce greenhouse gas emissions to mitigate its impacts. And secondly, to acknowledge that our climate is changing, and to adapt with appropriate policies and planning for sports in a climate-change-affected future.

Chris Jones - 27 minutes ago
Knowing our government they’d assess your home as part of your income to fine us more View
Josh Anderson - 50 minutes ago
Sweet, I'll quit my job, go on the dole and speed everywhere without a care. How dumb can these people be to think that incom... View
Maxton Holmes - 2 hours ago
Vikas Nayak I mean dangerous driving is already on the books. Surely speeding is redundant. View
Community 28

Zoe Lewer - 32 minutes ago
Whatever they cleared to build the houses they need to replant. All these people argh. 🙄 How about we learn from the mista... View
Jack Winston Saunders - 33 minutes ago
Russell Williams can't do fruit trees or people start whinging about having birds View
Russell Williams - 3 hours ago
Nick Anderson or a fruit tree View
News 2

Samuel Gordon-Stewart - 40 minutes ago
Hmmm. London Circuit near the library would be a good site for a waste facility. Currently has a couple government buildings... View
Megan Hogan - 2 hours ago
Hopefully they’ve considered run off implications for the water courses there. View
News 28

Guy Speake - 47 minutes ago
May Welland I guess it depends on the type of drone and what it's doing. If it's a commercial drone then it's probably doing... View
Community 3

Rob Calvert - 2 hours ago
Nothing regular dosing with Ritalin wouldn't fix. I'd recommend he look at a bit of the history of tennis......but I doubt he... View
Evonne Deans - 2 hours ago
Only can win a match with another player hey View
Grace Capz - 3 hours ago
Monica Tiffen no Gran he is gross! View
News 1

Martin Keast - 3 hours ago
I think we should be thankful the ACT Government has sourced the RATs so quickly, and also that young children seem to be lar... View
Food & Wine 1

ChrisinTurner - 3 hours ago
The change of name will be confusing, like the strange naming of some public schools. The new name is meaningless. They will... View
Motoring 28

@the_riotact @The_RiotACT
The education union is concerned about a lack of clarity in the ACT's back-to-school plans, including contingencies to cope with teacher shortages and a lack of RATs from day one of term https://t.co/XYHMQJKNnw (18 minutes ago)

@the_riotact @The_RiotACT
A new #greenwaste site is on the way for #Canberra's north and you can have a say on the proposed location https://t.co/sk6XBLJFm8 (4 hours ago)