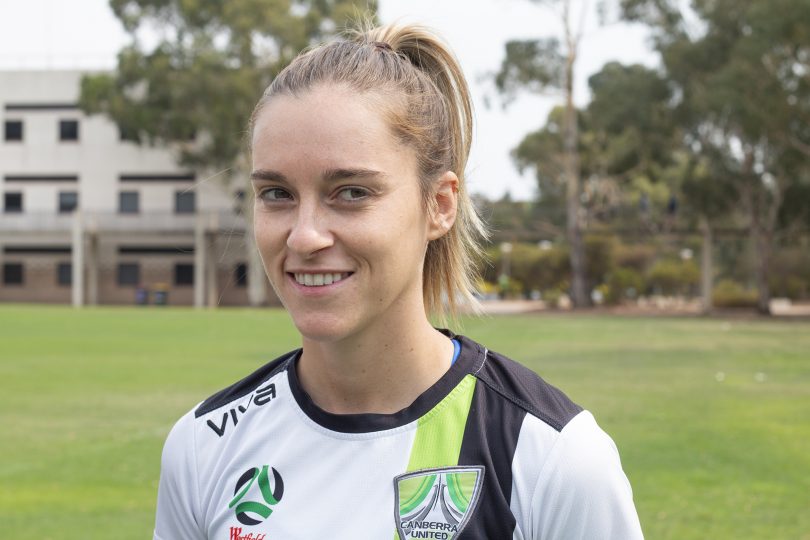 Canberra United captain Nikola Orgill says the team is readying a final push ahead of their last three games as the girls work desperately to keep their season alive.

United went down to Sydney FC 4-nil on Monday night (13 January), their third consecutive loss with the same scoreline, and Orgill says something has to change.

“It is never fun conceding that many goals and it is especially frustrating when I feel like it does not reflect how we actually played,” she said.

“Frustration is always going to come out. It shows that we think we are better than the score lines are reflecting, and even in the game [against Sydney FC] I think we were on top of it for parts of the game but we weren’t capitalising on our chances.

“I think if we can work on capitalising when we are pushing teams the frustration will go away. But we believe in what we are trying to do this season, and spirits are still high. Obviously we really want to try to get a win and some goals.”

Coach Heather Garriock agrees that frustration building within the team needs to be managed, with United working on finishing their chances.

“’Frustrating’ is probably the best way to describe it. It feels like the wheels have fallen off,” she said following United’s defeat at McKellar Park on Monday.

“The moment they go down and there is adversity, they put their heads down and they lose belief and it is just not good enough.

“Then the midfield started to stretch and we got done. It is hard to go in two-nil at half time, then two goals in the second half, it is just not good enough.

“We need to overcome the adversity and pull together. We are not finishing our chances and I think if we can go one goal up then it grows belief and that is the important thing.”

Garriock says that the girls need to come together on the season’s home stretch and address crucial problems that have led to the consecutive defeats.

“I know the players gave it their all for the full 90 minutes but we expect more from Canberra United,” she said.

“We have spoken about turning that mentality around and we have done a bit of culture stuff after losing to Melbourne City.

“But we need to make some changes and the players know that.”

And some of these changes will be directed towards the midfield.

“We can take positives out of [the Sydney FC game] from a football perspective. We have some really quality players, Ash Crofts upfront, and Hayley Taylor-Young came on and she has a bright future,” Garriock said.

“We need to have mobility in the midfield, that is why Elise Thorsnes played in the midfield. She gave aggression and mobility but they are not close enough to the players.

Are you a member of the Ashlie Crofts Fan Club? #CroftsisMajik pic.twitter.com/gldgNLmlIT

Elise Thorsnes, who just signed a contract extension with United following the departure of American Katie Stengel due to injury, says she is looking to help the team out of the rough patch.

“Of course confidence can take a hit, losing three games four-nil is not fun but now we just have to focus on the Melbourne game and try to be better and turn it around,” she said.

“I do not want to leave a sinking ship, I am here to help the team and I think we can turn it around. I still believe in this team.” 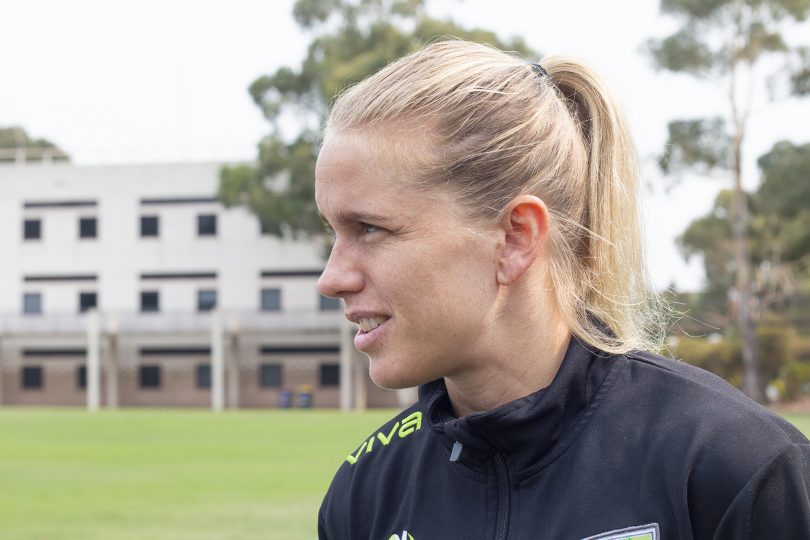 Orgill says that the break before their next game on 26 January will be good for the girls to get some time to recoup and reflect.

“If we win these three games the finals are still in our hands and that’s what we are all thinking about. We have that break now to really consolidate and try to put in a good performance and hopefully results go our way as well.

“Having four days off over this weekend has come at a really good time for the girls, who can head home and reflect a little bit as well on the season so far and come back ready to go for a tough week leading into Melbourne Victory.”