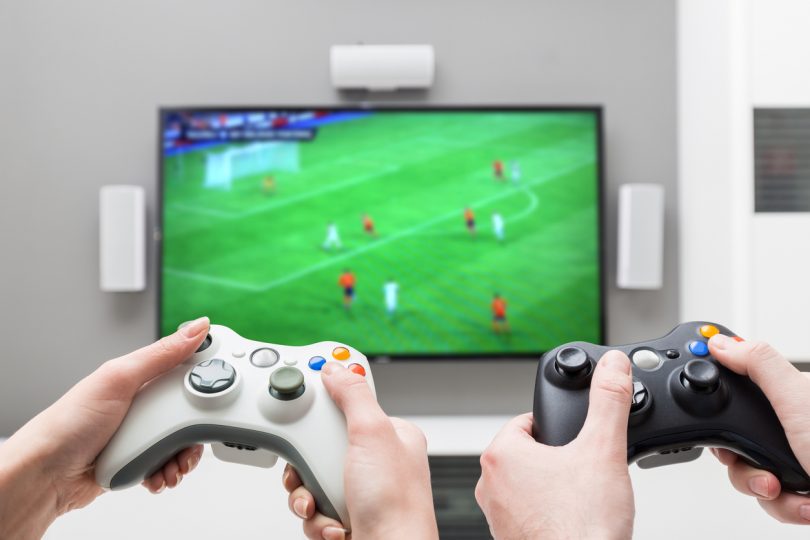 Are you Canberra’s best E-League player?

Canberra’s A-League bid has jumped on board the astonishing success of the embryonic E-League and will host a FIFA 18 tournament to scout for gamers to represent the potential Canberra team.

Football Federation Australia (FFA) introduced the E-league tournament last season hoping to connect fans of the video game FIFA 18 with the A-League, aligning the round-robin tournament with the final nine weeks of the A-League season. The E-League was a surprise success in its first season when it out-performed the A-League in viewer numbers and culminated in a grand final watched by two million people online.

If Canberra’s dream of having a team in the A-league is realised then there will also be a Canberra team in the E-league competition and the Canberra bid team are on the lookout for gaming talent.

The bid team will host a FIFA 18 tournament, called the CBR Capital Cup, on 22 August, which will be used to help identify potential gamers for Canberra’s inaugural E-league team. 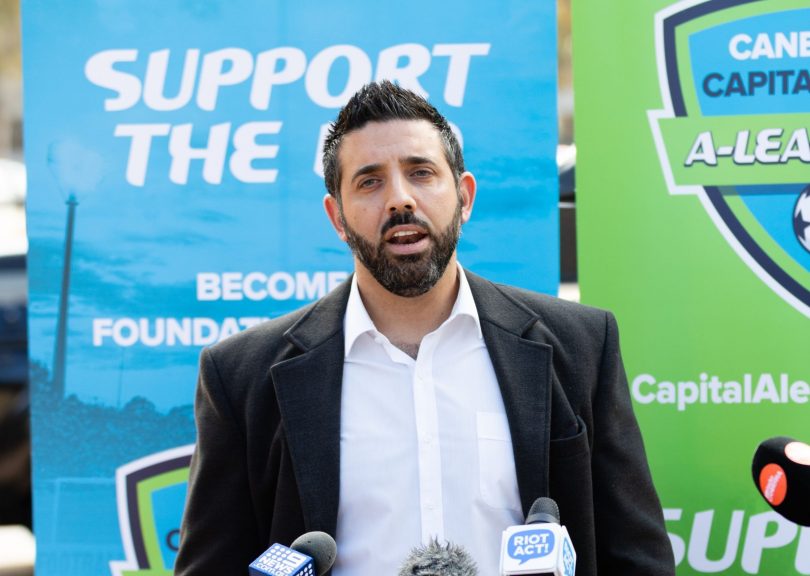 Bid Organiser Michael Caggiano said as a new club, they need to be at the forefront of innovation.

“The E-League was a runaway success last year and we want to come in and take that to another level,” Mr Caggiano said. “I encourage all of the region’s best players to take part in the CBR Capital Cup and show us what you can do.

“We aren’t in a position to be signing players yet, but the winners of this tournament will be added to our shortlist. When the time comes, they will be invited back and given an opportunity to stake their claim for selection.”

“The Canberra esports scene is exploding along with the national trend- we’re getting so many enquiries for teams, events, players and courses,” Mr Sharma said.

“Esports is taking its place in mainstream culture. We’re excited to be partnering with the bid for this event as it shows that esports can complement traditional sport – we have customers who love both.”

Players can register to take part in the tournament here. The tournament will be hosted at Reload Bar and will broadcast live on the Reload eSports Twitch stream.

A condition of entry is that you back the Canberra A-League bid by becoming a member. Its free – the link is here.

I can’t believe the ACT government is sponsoring an electronic game contest.

No more spots left for ps4🙁

Fiona Dickson - 27 minutes ago
Really the only answer is to stop logging. Removing debris is also damaging. View
Food & Wine 2

Mark Ryan - 44 minutes ago
Annie Wyer sounds like you know someone who got let go from an over inflated over funded lazy parks n gardens service. Vital... View
Fred Colon - 47 minutes ago
I do have higher expectations. That why I'd never vote for Coe. Doesn't the LNP have anyone who has a clue? I'd actually cons... View
Blake Anthony Cross - 54 minutes ago
Anyone that gets into politics is looking for money and power. It attracts the worst kind of people in society. Like this one... View
News 1

Robyn Baer - 54 minutes ago
Is there a link to the new legislation please... View
Community 19

Michele Gorman - 3 hours ago
Ross MacPherson G Spot have done an amazing job, totally agree. View
Tenille Noja - 6 hours ago
Clearly stated on her page that it would ALL go to RFS trust. View
Ross MacPherson - 6 hours ago
About the only business I've heard of actually getting donatons (goods more than money) to fire victims is G Spot Gungahlin.... View
Opinion 14

Amanda Evans - 4 hours ago
It's probably because there aren't too many alternatives in and out of each urban area. View
Jennifer Jones - 4 hours ago
Kriso Hadskini agree, too many revheads. Since getting a $282 speeding fine (70 in a 60 zone, completly inadvertent) I am bei... View
Matthew Beale - 5 hours ago
Randy there were signs out for a week or so previous to the event stating Parkes Westbound would be closed. These signs were... View
News 120

Ross MacPherson - 7 hours ago
It's not all about dollars and cents or returns, it's about providing a service/facility for residents. Have you ever researc... View
Alan Sargeant - 9 hours ago
I understand that the return on Stage two is fourty cents in the dollar and that it may be more if and when light rail is ext... View
Ashley Wright - 10 hours ago
Sharvi Tinnlonga why would the ACT government even consider QBN? View
News 9

Michael Ward - 7 hours ago
Did you know they don’t let anyone living in a 10km radius of Woden get buried in that cemetery? View
Jim Hosie - 8 hours ago
Ah glad to hear the south got a cemetery and chevrons. I mean the north’s got three hospitals, two legs of light rail and a... View
Genny Herbert - 8 hours ago
It’s big business, be creative Canberra heaven forbid 🙏 View
Motoring 12

Cora O'Donnell - 9 hours ago
Not the best with babes and little people I can vouch for that! 😀 View
show more show less
*Results are based on activity within last 7 days

UPDATED: The Bureau of Meteorology (BOM) has forecast possible large hail and severe thunderstorms across the ACT and southern region...
News 120

Shots have been fired and a garage was set alight overnight in Kambah in what could be a gang-related incident....
0

A search is underway for a man driving a stolen vehicle with a 15-month-old child inside. It is believed the...
News 0

A new ticketing system is on the way for Canberra's public transport network, promising passengers a variety of flexible payment...
News 33

After 30 years as a journalist, I don't often bother getting angry with politicians. I know there are good people...
Community 19

Not ‘if’ but ‘when’ for Canberra’s A-league team

@The_RiotACT @The_RiotACT
Bushfire relief will be a key part of this year's National Folk Festival, with a special concert and fundraising efforts across the Easter weekend https://t.co/is6ZDoRlZA (12 minutes ago)

@The_RiotACT @The_RiotACT
Buying a unit? The passing of the ACT Government's strata reforms will mean more protections for unit buyers and changes to the way apartment blocks and townhouses will be run. Find out how they will affect you https://t.co/AjYB5KR9h9 (2 hours ago)

@The_RiotACT @The_RiotACT
Canberra's own property listing site Zango might only be a few weeks old, but it's already having a big impact on the local property market. We spoke to CEO Ian Keogh to find out why home buyers & renters are flocking to the new site https://t.co/5CVLKsdH2D (3 hours ago)