Canberra: A world of opportunity for businesses 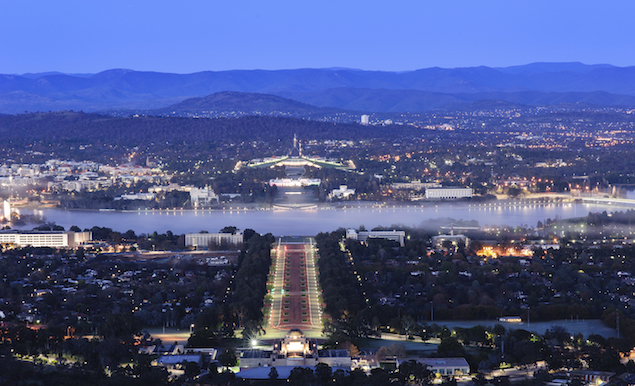 As a city founded on innovation and forward thinking, Canberra offers a wealth of opportunity for private businesses.

While the inland capital is most well known for being home to the Australian Public Service (APS) which employs 20,000 people across a wide range of functions, more than 50 per cent of Canberra’s workforce is employed by more than 25,000 private companies.

With one of the lowest unemployment rates in the nation, Canberrans enjoy a strong job market earning the highest per capita income with the highest level of disposable income of any Australian capital city.

With the population tipped to reach over 396,000 by the end of June 2017, Canberra is experiencing rapid growth with the highest volume of construction of new dwellings commencing than anywhere else in Australia.

What this means is great opportunities for businesses. With the Australian Governments’ tendency to outsource elements of its Information and Communication Technology (ICT) solutions, there is not only huge growth potential for ICT focused businesses, but as the population experiences growth, so does demand for health care services, education, child care, building, construction and trades.

Sourcing suitably qualified staff isn’t likely to be an issue for employers either, with Canberra offering the most educated workforce in Australia. Often referred to as the ‘clever capital’, Canberra is not only home to a range of highly regarded tertiary institutions and education providers but is also becoming an increasingly attractive choice for international students.

With modern infrastructure, the highest percentage of early adopters of new technology and the greatest take-up of the National Broadband Network (NBN) in Australia, it’s undeniable that Canberra is a city filled with potential for private businesses.

dolphin - 17 minutes ago
whatever happened to encouraging flexible working? I don't know many people who want to return to working 5 days a week in th... View
ACT Election 1

dolphin - 27 minutes ago
bit late to be submitting policies to treasury for costing... heaps of people have already voted... View
ACT Election 5

dolphin - 29 minutes ago
and Scott Morrison can't tell the difference https://reneweconomy.com.au/on-first-day-as-pm-morrison-learns-difference-betwee... View
dolphin - 32 minutes ago
Just remember that the Belco party are just a front for the Liberals trying to siphon off enough votes to get the libs over t... View
Opinion 9

dolphin - 37 minutes ago
You missed the point on this one - nothing wrong with bringing a bit of life and vibrancy into the city. it seems like you're... View
HiddenDragon - 5 hours ago
"...once again, we’re being told that the way to enhance Canberra’s vibrancy is to mimic other, bigger cities across the... View
Brisal - 10 hours ago
If it helps to revitalise another of those dingy laneways then I'm all for it. Scoff if you like but if it ultimately turned... View
Food & Wine 34

Jenny Lowes - 1 hour ago
Judy Sheargold Sure Jude, good idea. Will take that being Gospel, from Linda!! View
ACT Election 116

HiddenDragon - 5 hours ago
"Is it time the ACT got its own independent police force?" Why not - it does such a brilliant job of managing the other big S... View
A_Cog - 1 day ago
Should the ACT get its own police force? NO! It'd be run just as badly as every other ACT Govt service. Instead of buying ser... View
News 3

bj_ACT - 13 hours ago
It was always a bit funny when Turner residents were complaining about extra buses when whole swathes of suburbs lost their b... View
chewy14 - 13 hours ago
Honestly, is there anything more NIMBY than worrying about the "city coming for their neighbourhood" in an area less than 1km... View
HSewell - 15 hours ago
Good result View
News 18